The name of the Hac Tao Special Intervention Unit can be translated as “Black Magic”, and refers to the camouflage and thermal emission dampener technologies of their armors. Brave, lethal and trustworthy, Hac Tao are known to tread very lightly and hit very hard. The function of this well-trained unit is usually enemy interdiction, with a focus on dealing the maximum amount of damage with their actions. Hac Tao are specifically equipped to carry out Harassment and Elimination missions, but can also provide support in broad-scope special operations, and collateral activities that include Direct Action, internal defense, and combat Search and Rescue operations. The leitmotif of the Hac Tao Special Unit, their fighting philosophy, is extracted from Sun Tze’s The Art of War:

Be subtle to the point of formlessness.

Be mysterious to the point of soundlessness.

Thereby you will be master of your opponent’s fate.

With an exterior coating that provides elite thermo-optical camouflage, the Gui, or Ghost, armour developed for the Hac Tao Special Unit is well named. Dense layers of protective weave sit beneath the exterior armoured shell. The suit itself is capable of reducing thermal and biological signatures to nothing and refracts light to make the soldier appear little more than a blurred shape (if they are seen at all). Gui armour also boasts sound dampeners, shock absorbers, and special gel-soled boots, ensuring that the movement and passage of the Hac Tao is absolutely silent. Like all power armours manufactured by Yu Jing, mobility has been a key design goal, and the Gui provides a solid boost to the physical capabilities of the soldier wearing it without restricting the range of movement. A suite of sensors pour data into software granting the Hac Tao an almost superhuman reaction time. This manifests through a subtle surge in power that doesn’t compromise the thermo-optical camouflage but allows the soldier to close with an enemy or dodge an attack with terrifying speed and effectiveness. Gui armour is heavily restricted, and one of the few suits of armour that is manufactured by the StateEmpire Army contractors on a personalised level with each solider custom fitted with their own suit.

Editor's Note: Hac Tao is not consistent with any system for transliterating Chinese. The name appears to be taken from a new-defunct webpage on "Encyclopedia Mythica"[1] that was created in 1997 and updated in 2004. The first character in the name, 黑, translated to "black" and in Cantonese sounds like "Hak" and in Mandarin sounds like "hey". The "Tao" is supposedly transliterated from 道 or Dào, meaning "the way." In Cantonese, it would be pronounced "dough".

The term "black magic" does not strictly exist in either language. "Hac Tao" would not likely be used; it would be prounced "Hak Dao" or "Hey Dough" if it was. Chinese speakers might sue the term "gu" for poison or sorcery. The term "fulu" also exists for Daoist magical incantations and symbols, but there is no obvious equivalent to "Black Magic". But the unit is called Hac Tao in Infinity. Call it whatever you want. [2] 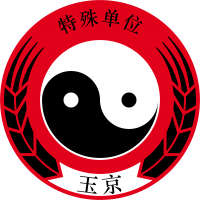 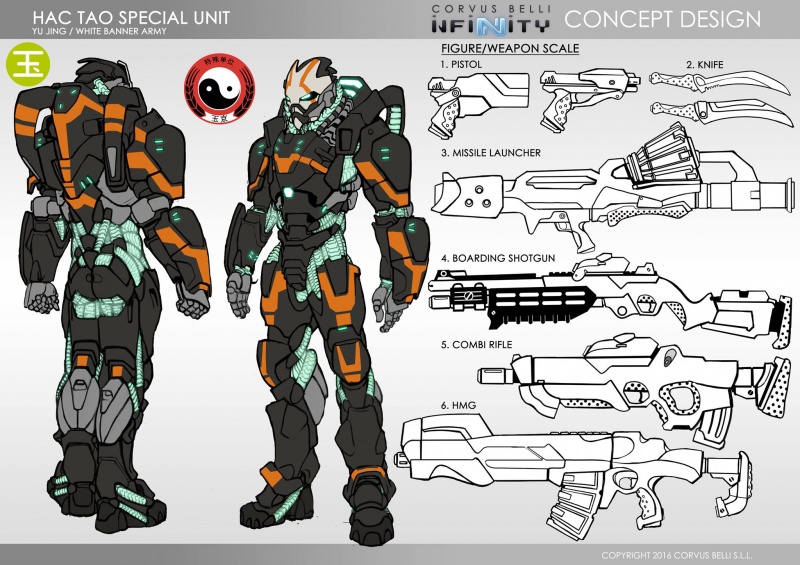 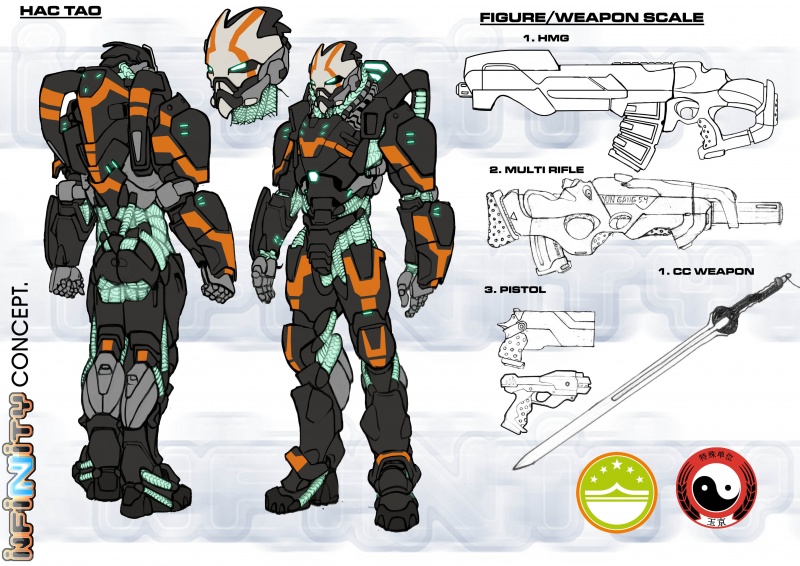 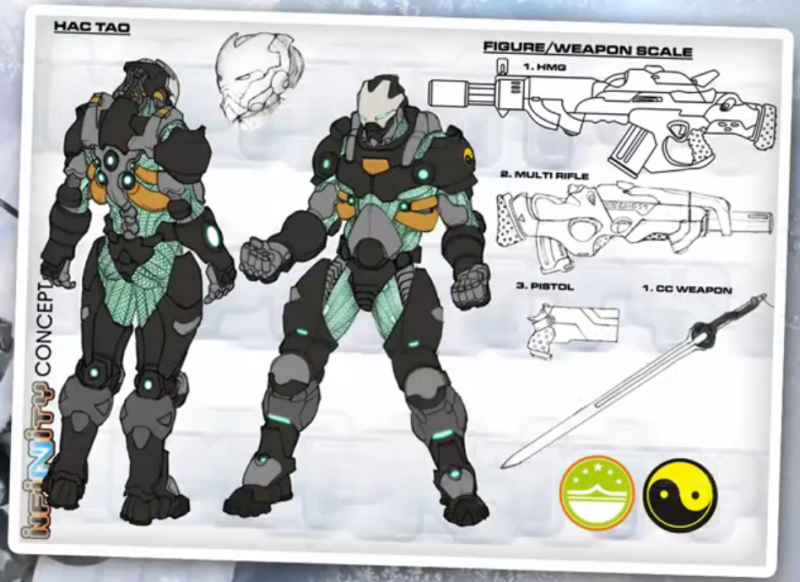 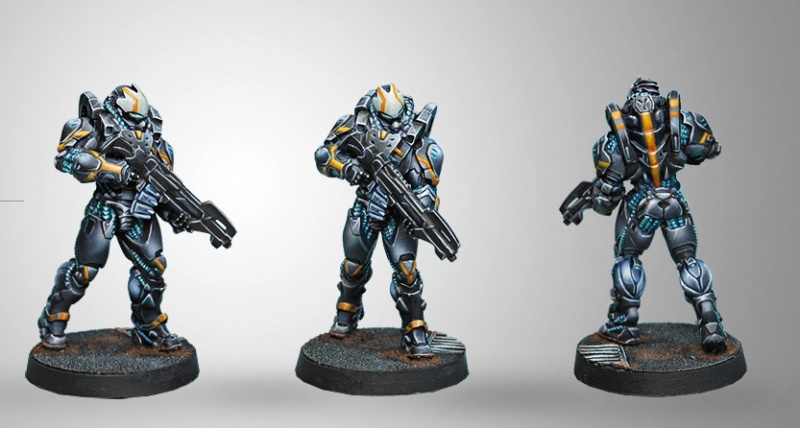 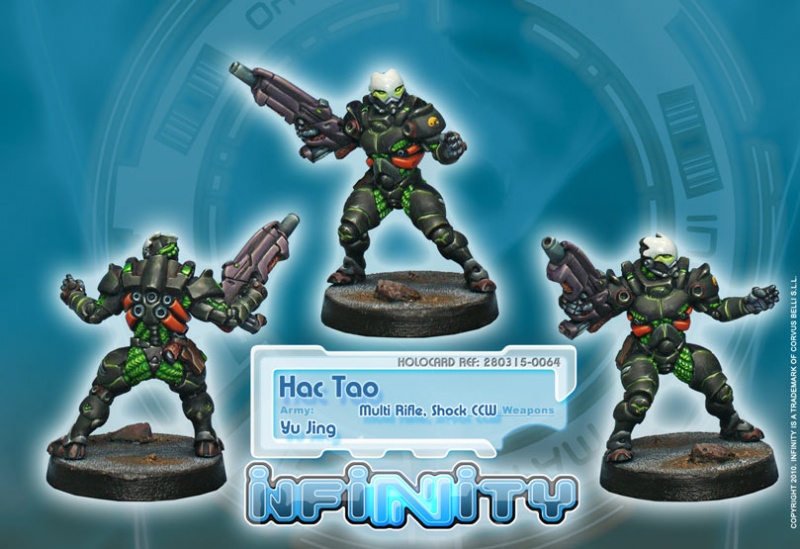 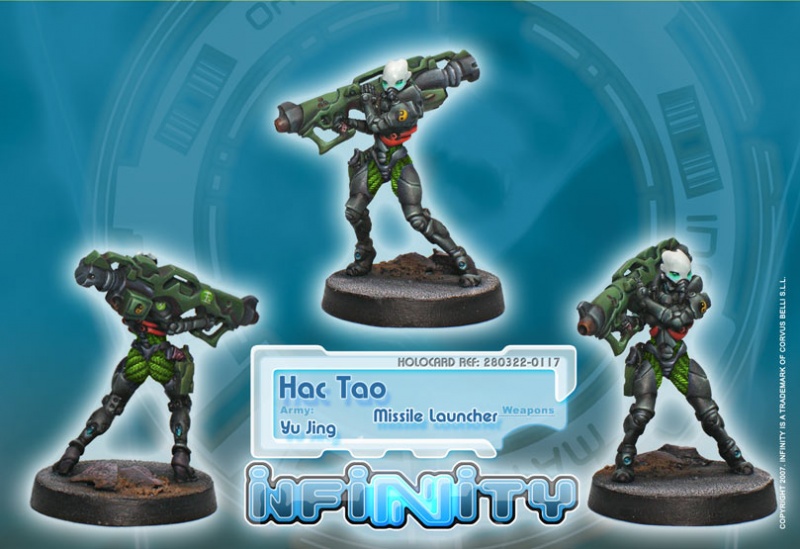 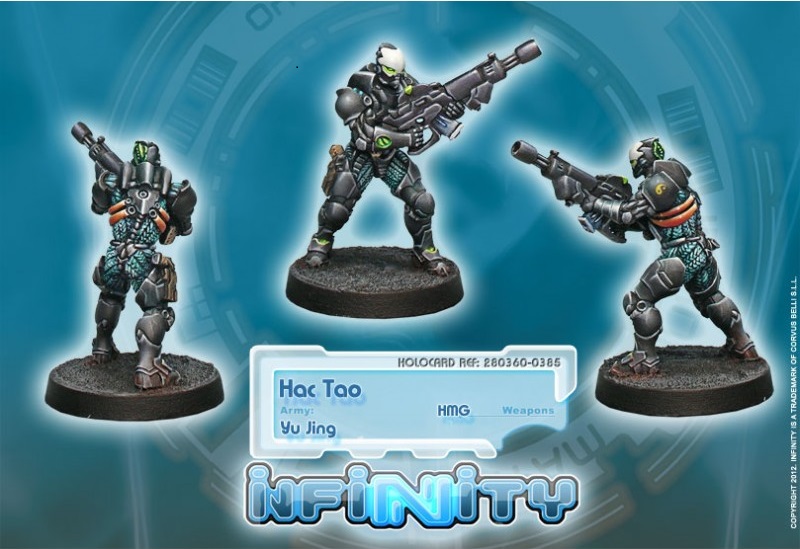