Let’s raise our tankards to Gunnar Lundmark. Let there always be a place for him in the canteen of Nykåfjord base, and a seat by the fire in Valhalla itself! But may the Valkyries take their time before they come for him! This is his story, for all of you who want to listen! Son to two members of the ultranationalist group NKAH, the Nordiske Krigere av Heimdall, Gunnar grew up hearing about the great deeds of Norse mythology, as well as the hate speech against the Yu Jing invaders that characterizes those radicals. All this, while he followed his parents from one camp to the next, learning the survival and combat techniques that would one day be necessary for him to kick the StateEmpire out of Svalarheima. Gunnar was a true believer, one of those Neo-Vikings thirsting for foreigner blood that only the NKAH is capable of forging, he was very promising to the members of his community. Until one day, during a raid on a Yu Jing scientificresearch outpost, Gunnar refused to kill an unarmed scientist. His Viking code of honor did not allow it. He had no qualms about killing anyone, man or woman, who was military or armed, but that was where he drew the line. It did not matter that she was an invader, because he was a warrior, not a murderer. However, his gesture was of little use, as his comrades grabbed him and forced him to witness how they gunned down that poor scientist. As a consequence, he was deemed unworthy, expelled from his community, and branded on the cheek with the rune Kaun to identify him as a traitor. Although it was burned into his skin, the symbol incorporated a nanovirus that rejected any regenerative treatment, making it virtually impossible to remove. The rune marked his betrayal so that any NKAH group he came across would know that he was an outcast, which gave them the right to beat him to death if they wished.

After seeing his world crumble, Gunnar turned to drink and started bouncing from one job to the next: miner in Kaldstrøm, harpooner on an icebreaker, and, finally, expedition guide in the Trollhättan border territories. This life would eventually lead him to Nykåfjord, this base of the PanOceanian Military Complex, lost amidst the ice, the home of the Troll-Hunters, the name given to us, the pigheaded warriors stationed here. We may be regular troops assigned to patrol tasks to prevent Yu Jing raids, but we call ourselves that because we hunt all kinds of monsters, from Bái Fà gorillas to Blue Wolves. And we are clearly the kind of force that would be interested in the talents of a man like Gunnar. For us, that rune on his cheek is something positive, nobody wants a fanatic among their ranks, least of all one from that group of racists and disturbed killers who, even if they support the PanOceanian cause, do nothing but cause problems for us, the real professionals. So, anyone who has been kicked out of that group is someone to be considered here in Nykåfjord.

This is how the path of redemption was opened for Gunnar, so that he could cease to be a human wreck and become the Viking warrior of old. An honorable path in which he reaffirmed himself the first time he sunk his hammer into the skull of a Blue Wolf. The first time of many, on a journey in which he washes his honor day after day in the blood of the true enemies of our homeland. Although we all know that, essentially, Gunnar has changed little: he still drinks too much, brawls too much, and takes too many risks, like any true Viking warrior.

But today, we do not raise our tankards to the warrior, but actually, we raise them to our comrade, to our brother who has gone out so many times to rescue a squad lost in the middle of the great white nothingness of a dreadful Fimbul storm capable of tearing your very soul from your bones… except Gunnar’s, because his soul already belongs to Odin and Valhalla! 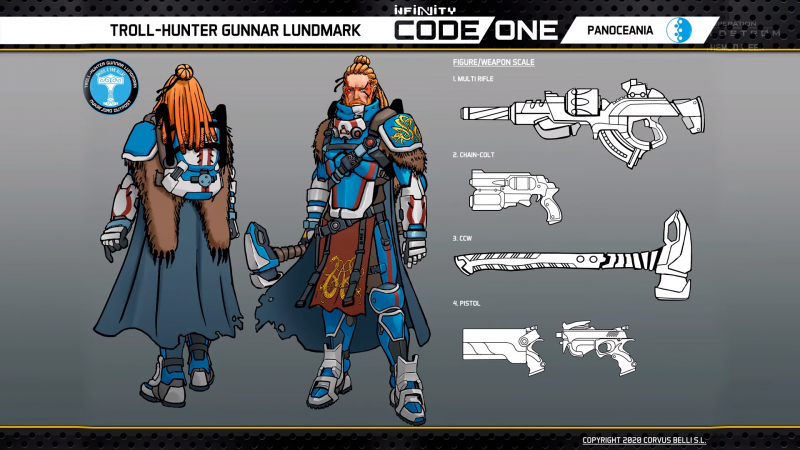 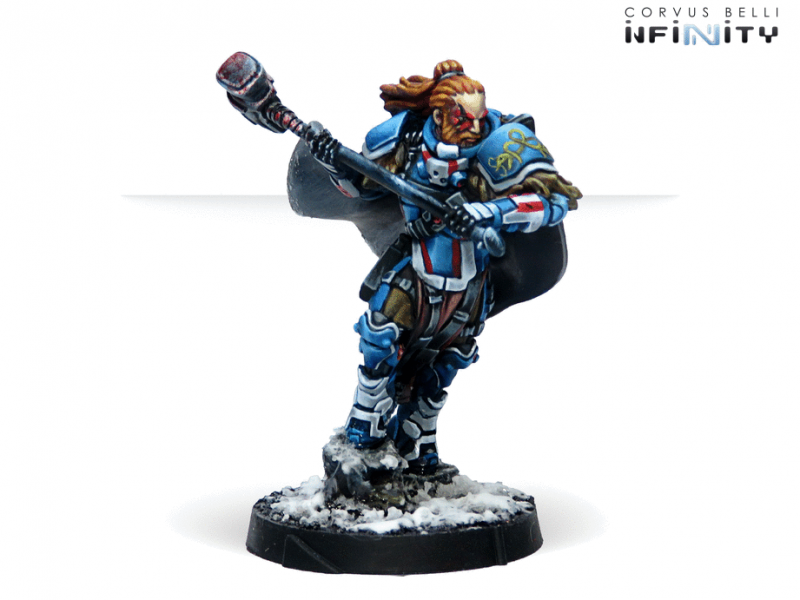