Gŭiláng (Ghost Wolf) Skirmishers are the special arctic branch of the Yu Jing State Army. They receive their training alongside Zhànshì Qízhì (Troops of the Banner), but must finish an additional eight-month program in a remote location in the Huangdi Peninsula (or, as PanOceanians call it, Niflheim), where climate conditions are extreme. Their comprehensive training is adjusted to the operational profile of the corps, that is, infiltration and camouflage techniques. The Gŭiláng can carry out missions that include waterborne and/or airborne operations, infiltration, mimetization, artillery spotting, relocation through mountainous and snowy terrain, etc. Their usual routine takes place inside the infamous Fimbul storms that sweep Svalarheima with winds capable of tearing meat from bone. These troops are used to being parachuted onto a hunk of ice, or deployed via submarine, and then marching twenty miles through no man’s land or, even worse, through enemy territory, hauling a rucksack full of materiel, weapons and explosives. Honestly, no one but the Gŭiláng can call that hell just another day’s work. 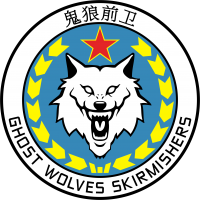 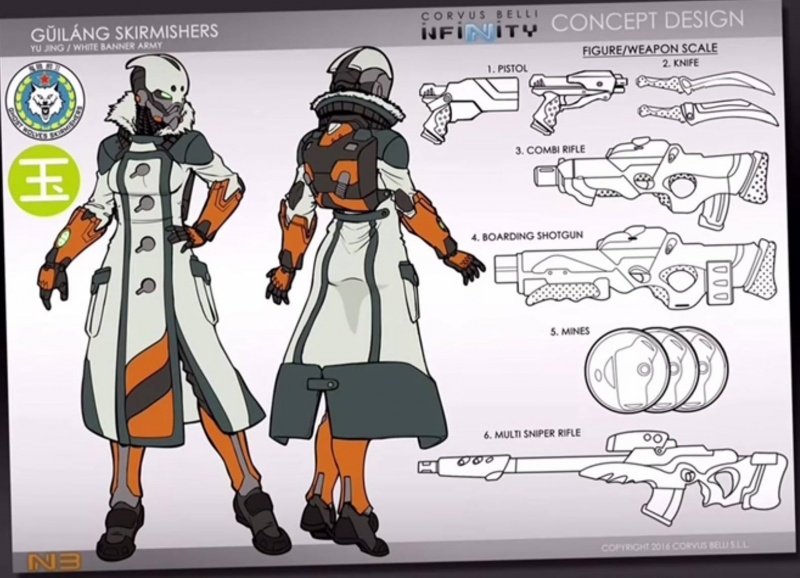 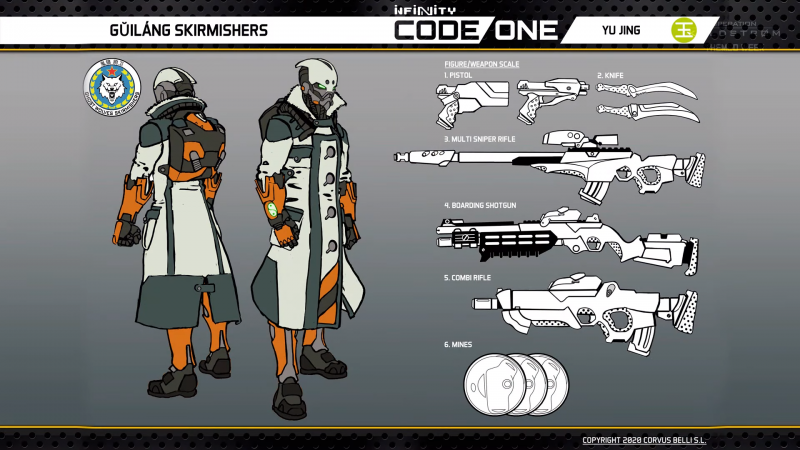 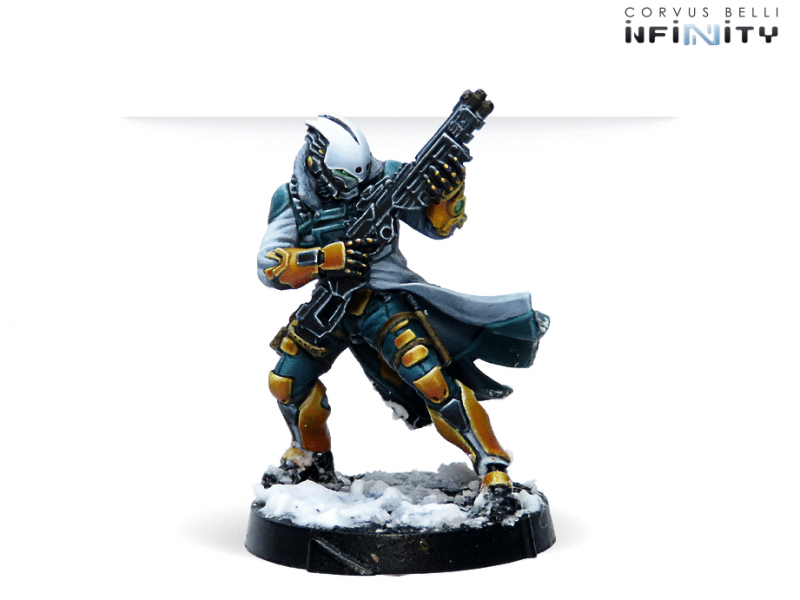 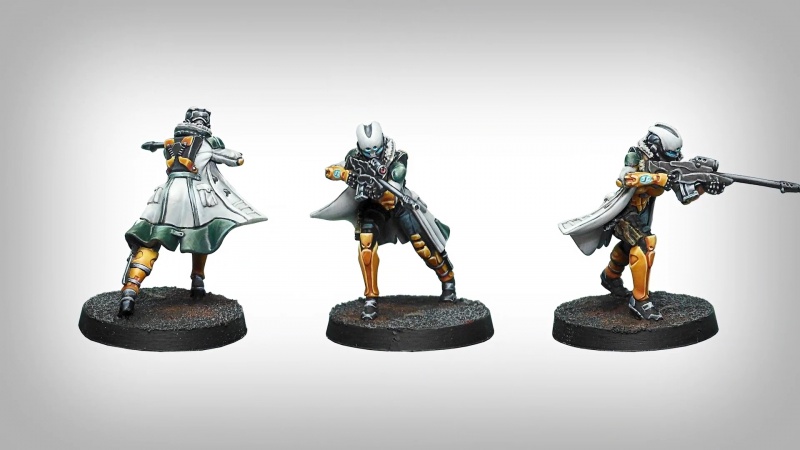 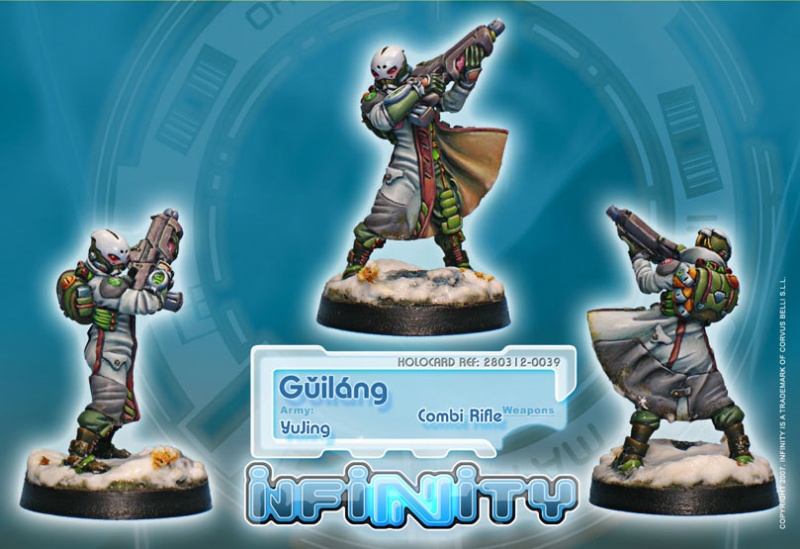 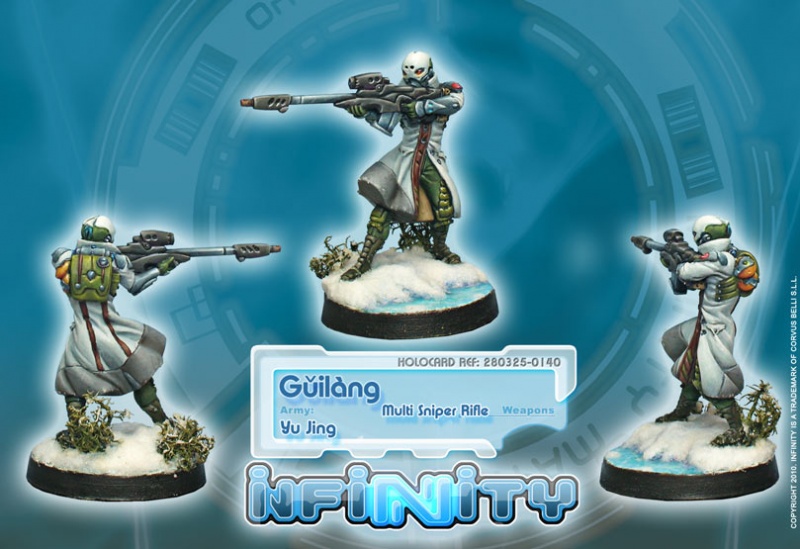