“Overwhelming and excessive, that’s our squadron motto. If they wanted to round up prisoners and leave the facilities unharmed, why did they send us?" Wing Sergeant Héctor Velasco, Gecko Squadron. Defense of the Nomad Extraction Platform Nochtli record. First Phase of the NeoColonial Wars.

Geckos were the lightest and smallest T.A.G. model in the Reptile series, as well as the first to become obsolete. Conceived as a reconnaissance and early contact T.A.G., the limited speed capacities of its tiny motor plant, its light armor and its rudimentary fire control system soon seemed insufficient in the fierce Human Sphere arms race. However, even with all its defects, Geckos had a virtue highly regarded by Corregidor’s military: they were comparatively very cheap. The Jurisdictional Command of Corregidor also came to value the simplicity of its design, which makes maintenance tasks easier, as well as its small size, which makes it ideal for naval operations and moving inside the narrow corridors of spaceships and orbitals, the most common operating environments for this Nomad force.

The officers of Corregidor, veterans of a thousand battles in ships and asteroid bases and used to the worst dirty tricks of deep space warfare, came to utilize the virtues of the small and hardy Geckos in a way nobody had seen before. They changed the playing field, revolutionizing the way of understanding these combat units. They posited that Geckos should not be used like a normal T.A.G., but as a super heavy infantry unit, able to withstand damage and wipe out the opposition, but with its success and survival probabilities maximized when acting in coordination with the rest of the assault force. They asked the Praxis technicians to optimize the previous deficiencies of the original design and to give them Zero-G and EVA (Extra-Vehicular Activity) operational profiles. Now these small armored lizards are the spearhead of Nomad boarding forces, running ahead to secure narrow corridors and passageways where their compact size and versatile weaponry makes them the alpha males, the toughest of Corregidor’s predator pack. 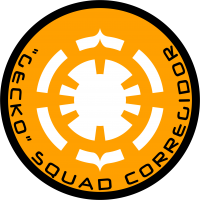 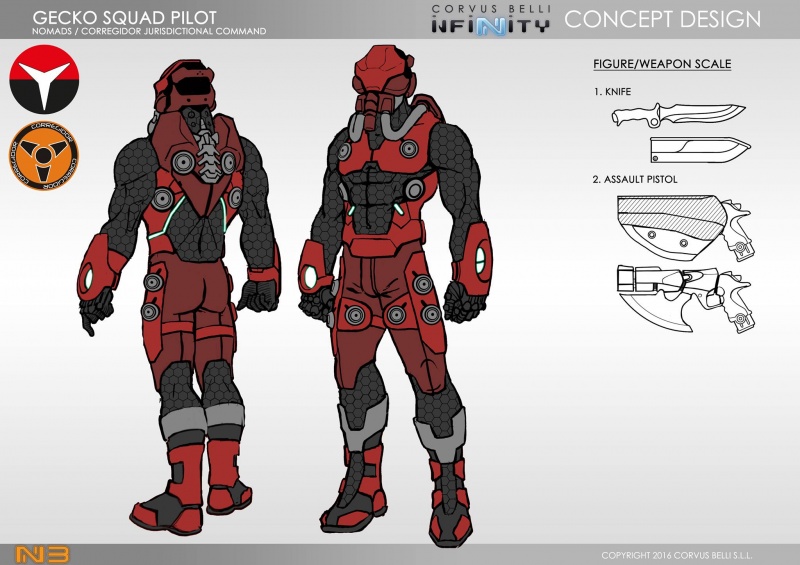 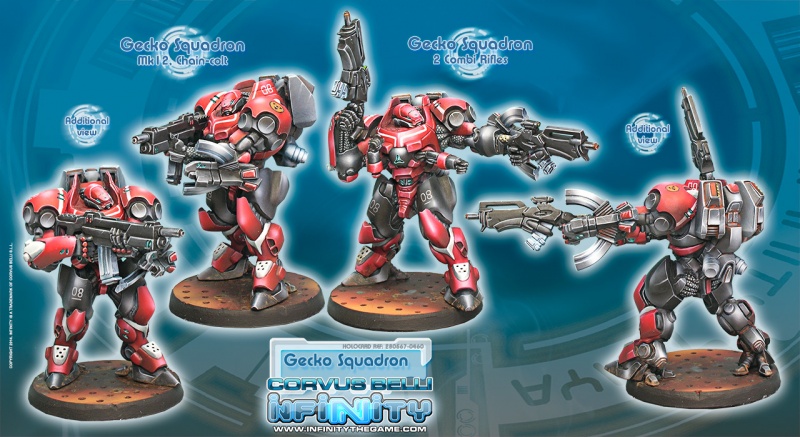