Father-Knights are one of the most prominent staples of the PanOceanian forces, always leading the charge whether surrounded by the regular army or their own Military Orders. Each of them an ordained priest, they have received intensive combat training and are renown as tactical support and close-quarters combatants.

In the Military Order assault forces, they often form the hard core of cool-headed troops that give support to the more emblematic knights. When deployed along with regular forces, they provide PanOceanian soldiers with much-needed moral support. Father-Knights are shepherds of men, and they know how to send troops into the fray. They look them in the eyes, kindle their hearts with words and persuade them to go beat up the enemy because that is what God wants, because it is the right thing to do and because it is their duty.

And they do. With these warrior priests in the vanguard of PanOceanian forces, victories are driven home and defeats turn into success. In combat, nothing can stop them, because these veterans are convinced that the task at hand is a sacred mission that justifies all, including the most extreme displays of violence. That is why, in spite of their exhortations through tactical channels, their true signature is silence. When a Father-Knight grabs his sword and charges towards his enemies, they will be so overcome by fear that they fail even to scream. Hence… silence. 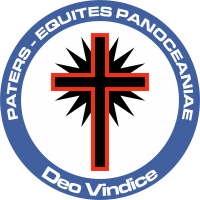 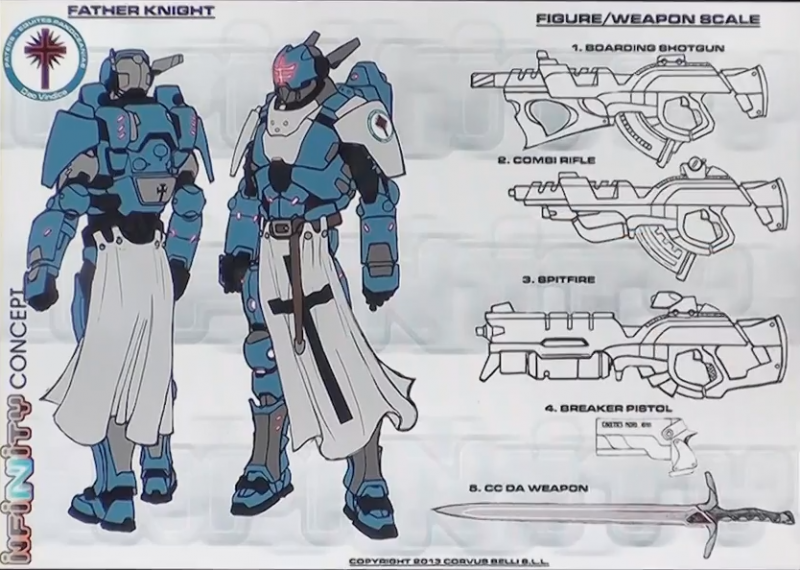 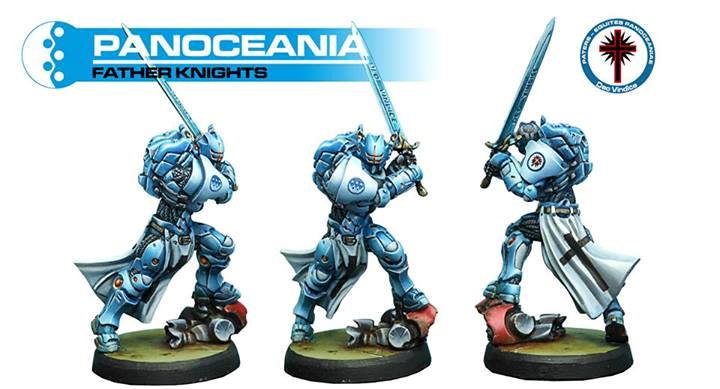