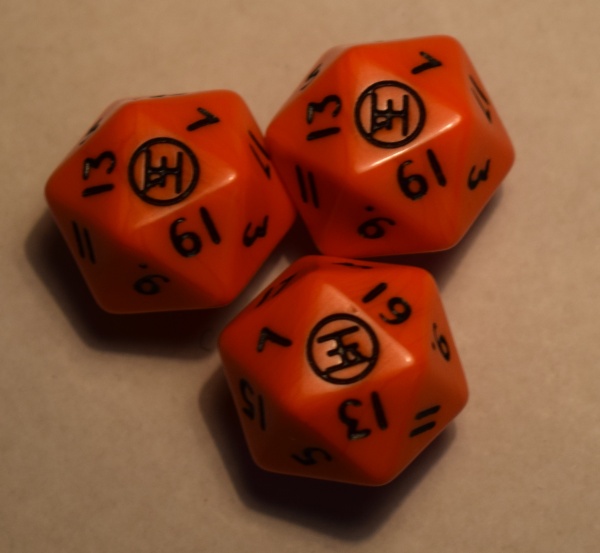 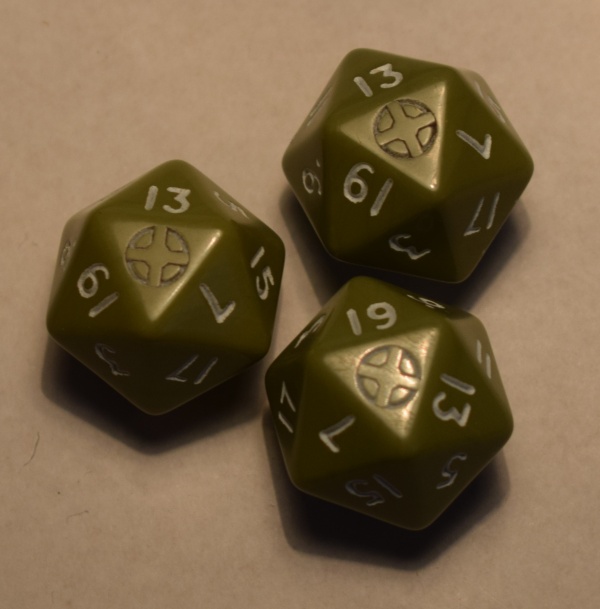 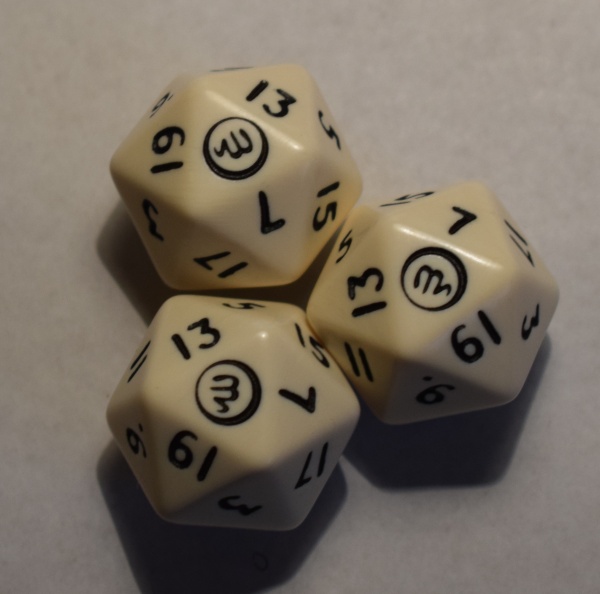 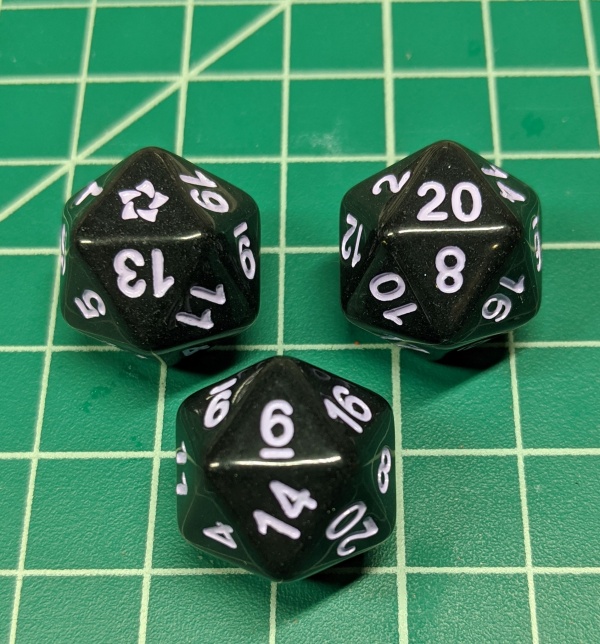 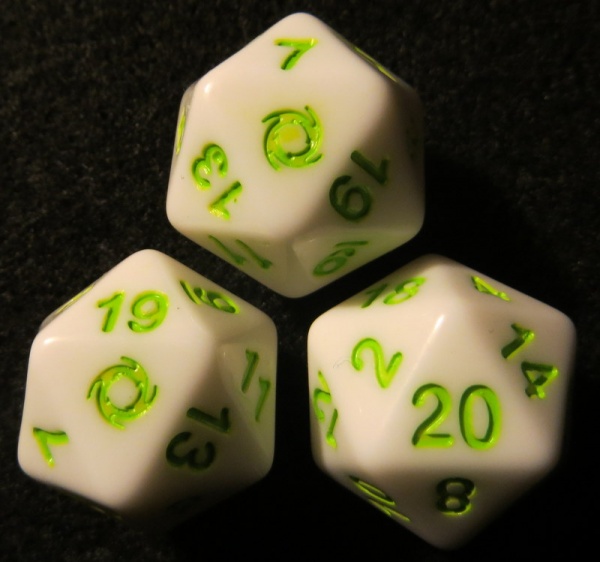 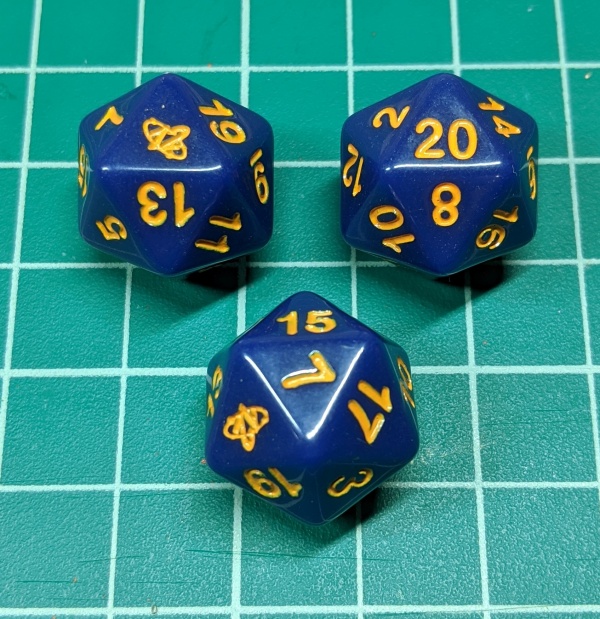 Dice from the ITS Tournament Packs 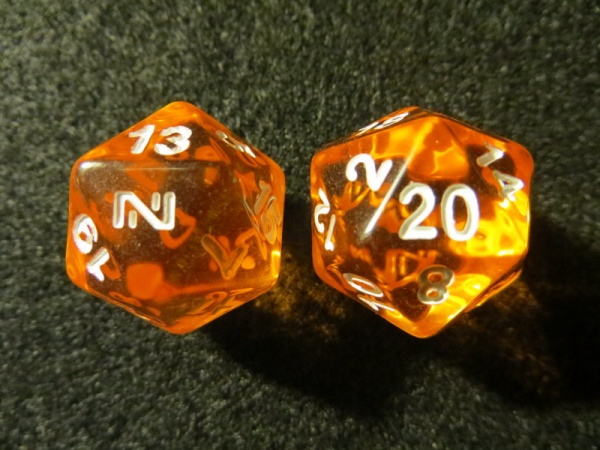 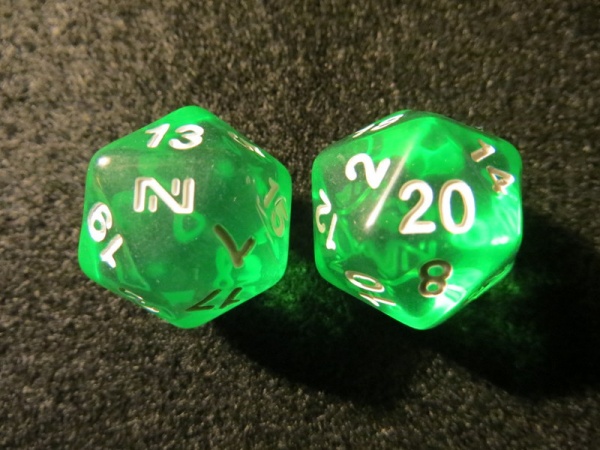 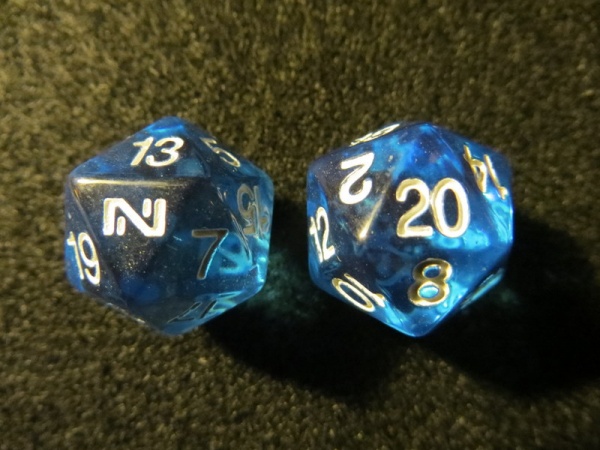 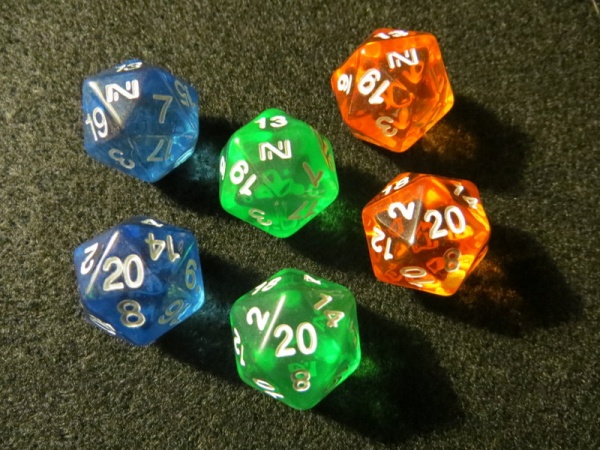 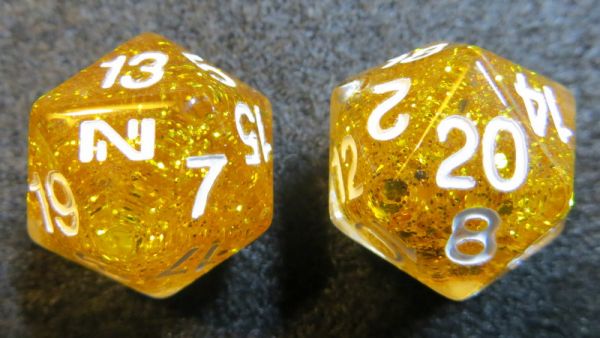 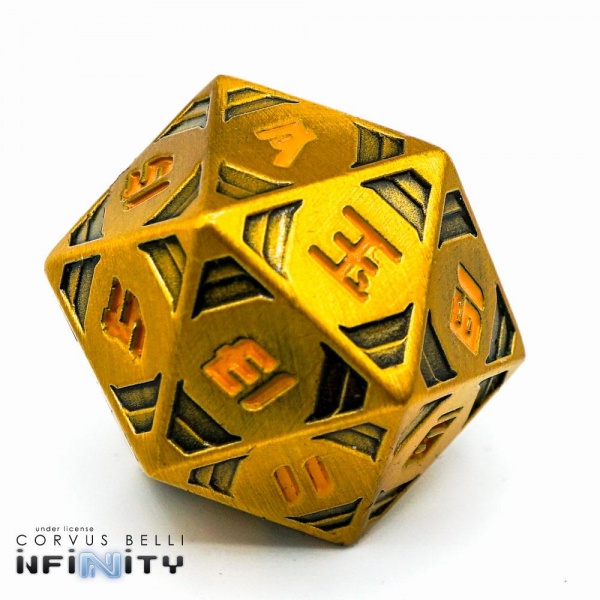 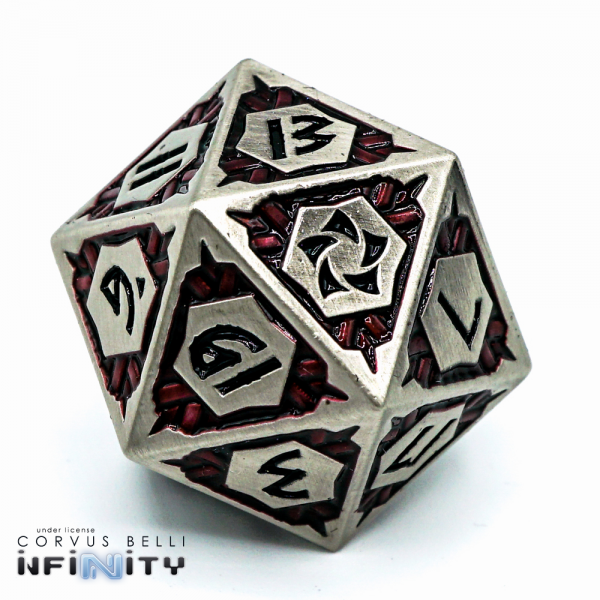 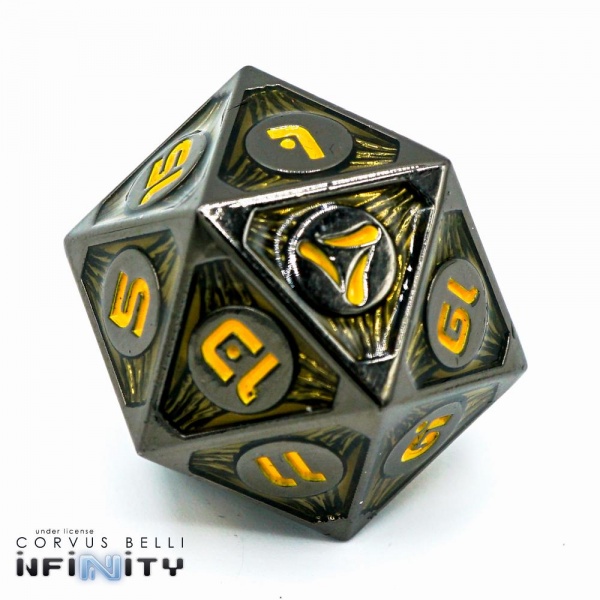 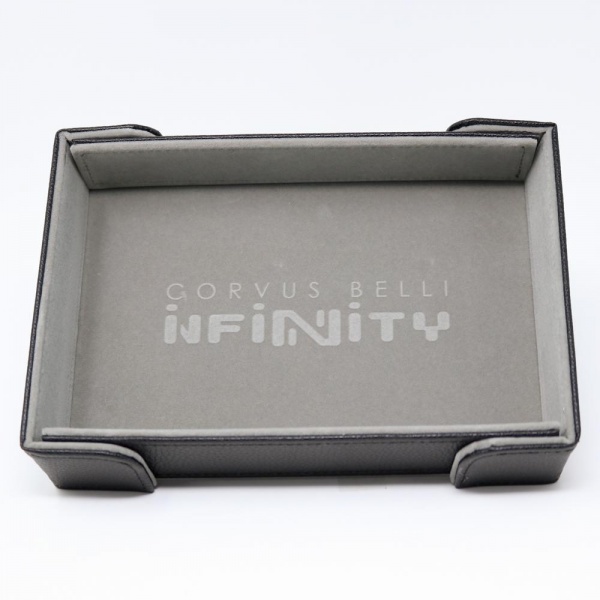 Pink and Teal d20s were available to participants at the Interplanetary Tournament for at least 2018 and 2019. 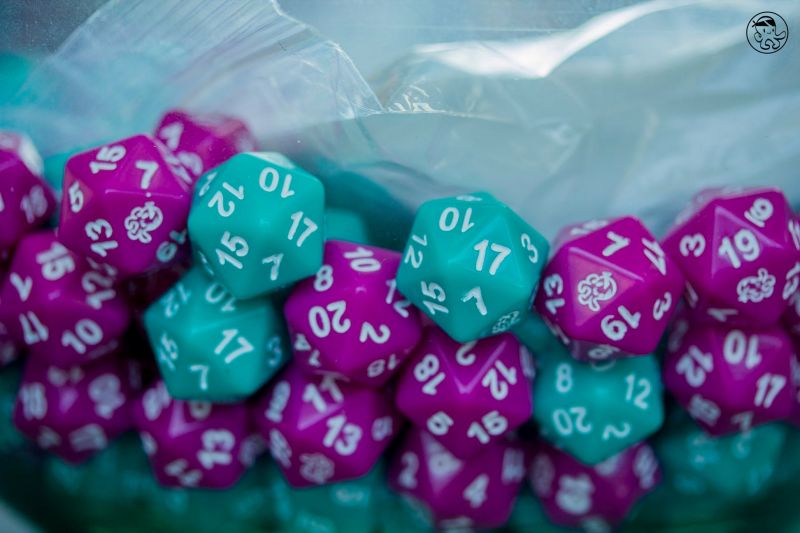 Black Aristeia dice were available for at least the 2018 and 2019 Interplanetary tournaments. A Pulpi logo replaces the shield symbol. 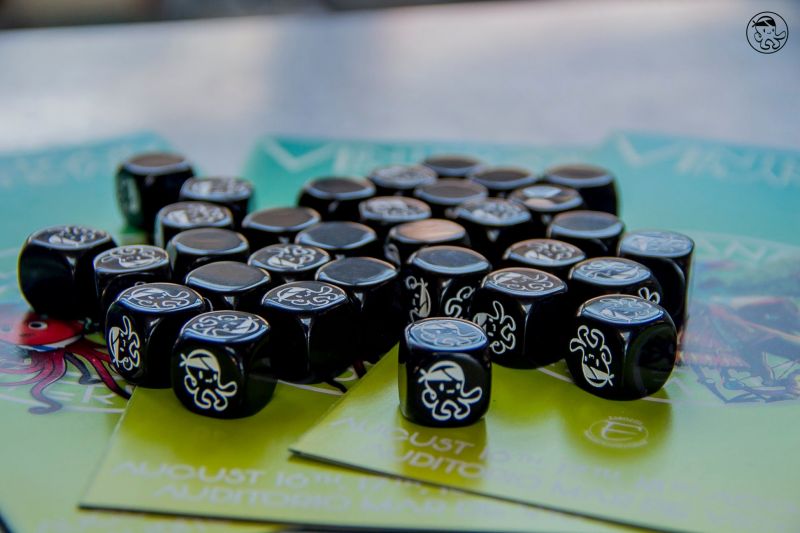 Sold by both Corvus Belli and Modiphius, these dice are made by Q Workshop. Additionally, Modiphius sells RPG Dice sets, with two of the same faction d20s, but also including a hit location d20, and four d6s with bullet holes for pips on the 1 and 2 face, and the Infinity N logo on the 6 face. 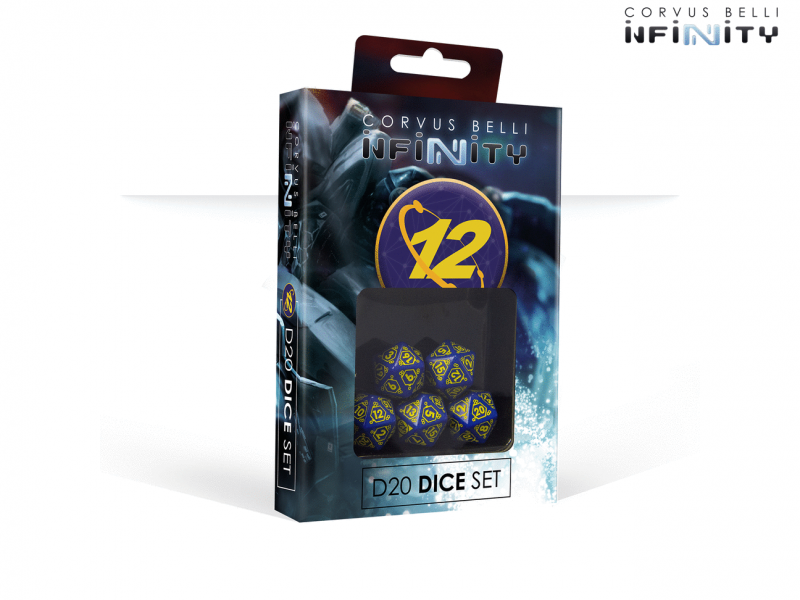 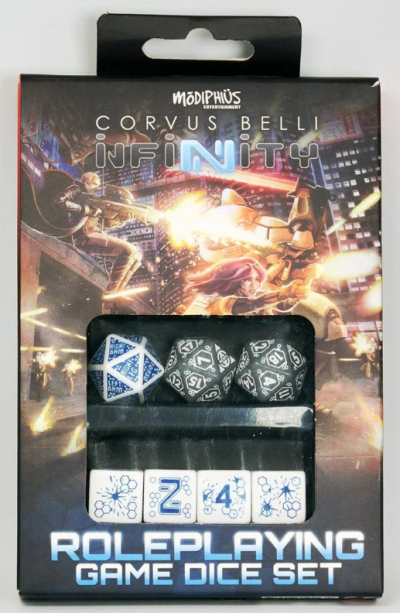