"Wild and violent groups of Antipodes infest the Southern region of USAriadna, and what is the local authorities' solution? To send a group even more wild and violent to put an end to them. Very well, and when they have done it, who will free us of these Desperadoes?

Take note, the first thing that you should know about the Desperadoes is that they have the custom of scalping their victims. Seriously. They have revived that horrible tradition of the Wild West. As if there were no other American traditions to revive. So… does this still look so interesting to you? Yes, I guess so.

The Desperadoes are a border security force, comprised of killers and gunmen who operate outside the Constitutional restrictions regarding the use of force. All of this began with the brutal incursions of the Antipode warrior nomad tribes through the Southern border of Jackson. In order to control them without having to resort to the federal Army, the state government established the so-called “Blood Contracts Law”, better known as the “Scalp Law”. With this they offered large sums of money for the death of Antipode warriors. They asked for only the hairy leather scalps because of the complexity of transporting the heads or bodies in varying states of decay across the frontier desert during the long weeks of a hunt. This gave way to a wave of murders of hundreds of Antipodes, not just the intruding soldiers but also of neutral tribes across of border, all for money. The difficulty of distinguishing between the scalp of a soldier and that of a peaceful Antipode caused the slaughter of innocents, victims of the avarice of those heartless men who call themselves Desperadoes.

Because of the “Scalp Law” volunteer groups were formed, composed of paramilitary veterans from the days of the Commercial Conflicts and the Antipode wars. Although they have certainly proven effective in the fight against the Antipodes, and they are useful as an irregular mobile force, they are a source of constant problems and violations of the law which the Hardcases have reported on numerous occasions. The Desperadoes are experts at pursuing Antipodes and, mainly, at different methods of shooting people, but they lack the necessary training in police techniques and observance of the law. They are dangerous and unstable, and have caused other tribes to rise up against the colonists. But they have the support of the state government, who can use those scalps for their elections. So the Desperadoes do what they want without fear of being disciplined by their superiors. And this feeling of impunity leads them to break more laws and violate more rights every day. Adopting certain characteristics of biker culture and their pride in belonging to the free and authentic South, the Desperadoes have developed a sense of brotherhood, which is only broken when they compete at scalp hunting. With their weapons and their powerful motorcycles, they are the new gunslingers of the USAriadna border. A true danger to their enemies… and to all of society."

An article by Kevin Jeffries, reporter for the Daily Sentinel, the newspaper of the Southern Border of USAriadna! 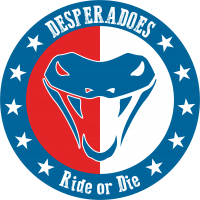 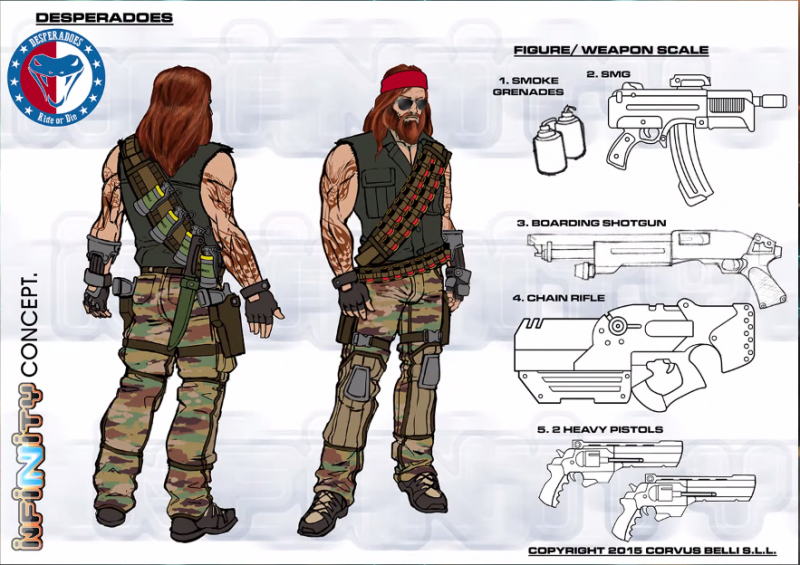 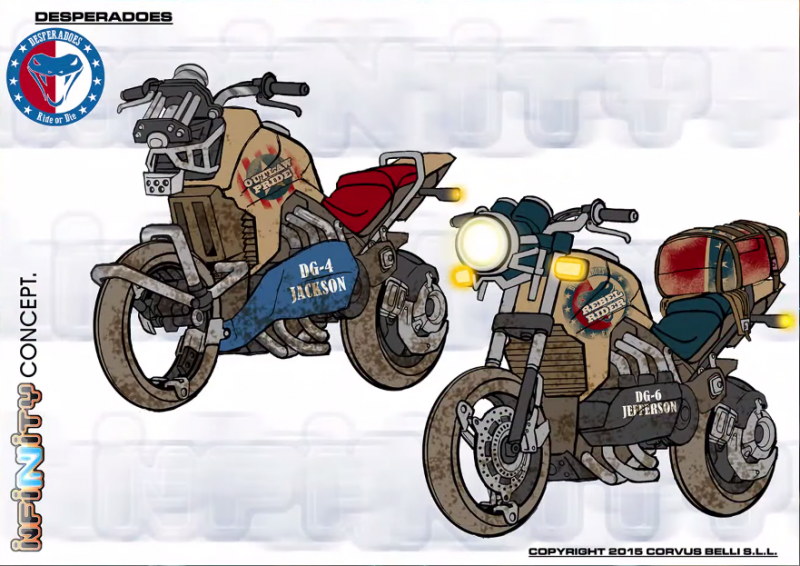 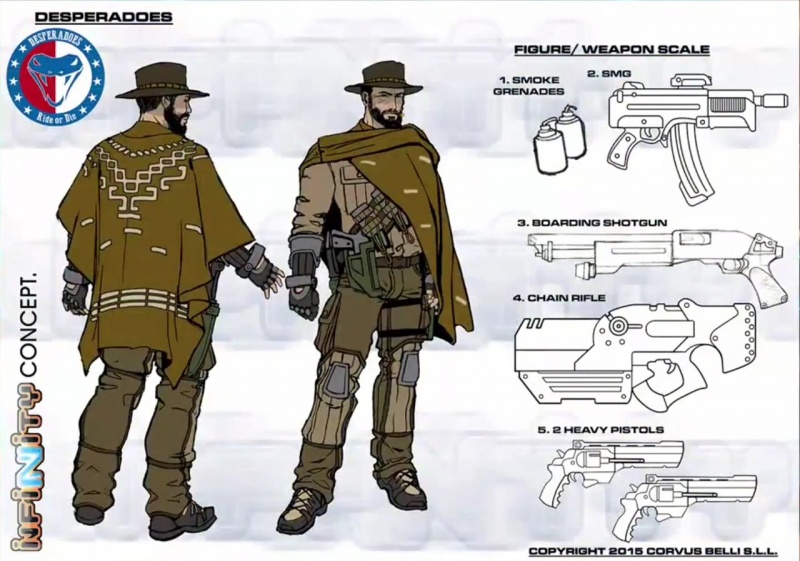 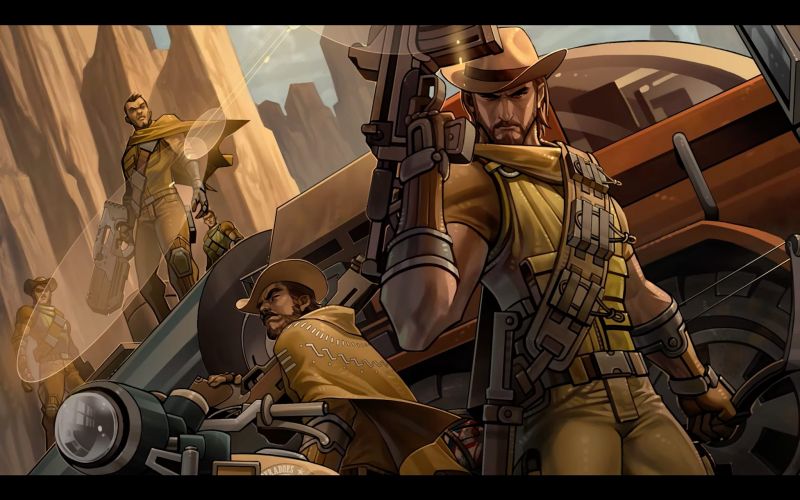 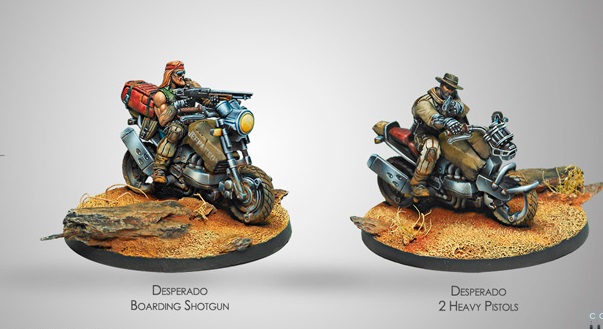