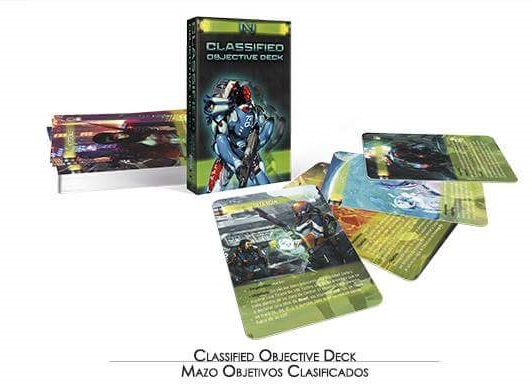 New Classified Objectives deck for ITS adapted for the Season 10.

40 cards deck with new missions, new design and two game modes: the classic mode and the new extreme mode, which will allow you to increase the challenge of the Classified Objectives.

The Classified Deck is the only official and authorized method to select the Classified Objectives during the ITS tournaments. However, during unofficial games it will still be acceptable to use the various Classified Model Charts included in the N3 book.

As part of the ninth tournament season classified objective cards for HVT: Kidnapping were sold. These replaced the default cards 01, 02, 03 and 04. 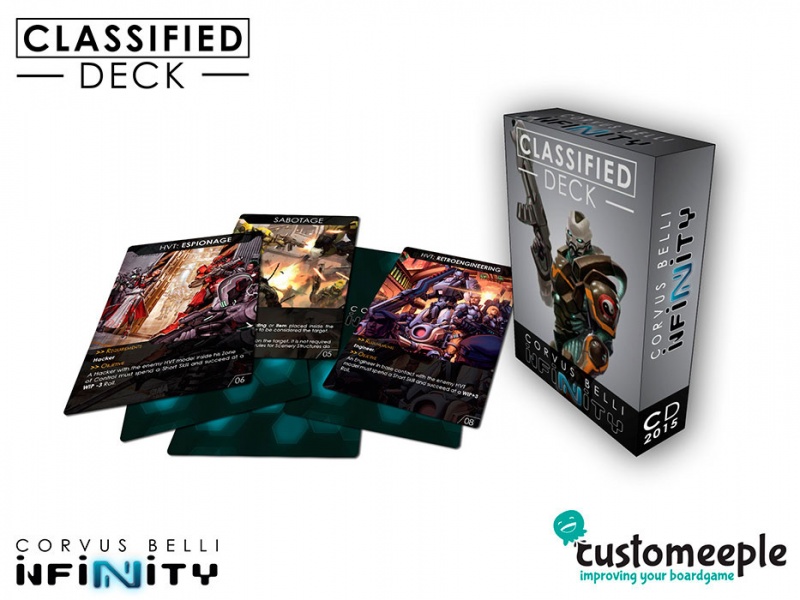 The original release of the classified objective deck was recalled due to quality issues with the paper and the cutting[1].

Alternate art versions of classified objective cards are gradually being made available via Tournament Packs starting in the 2016 season. 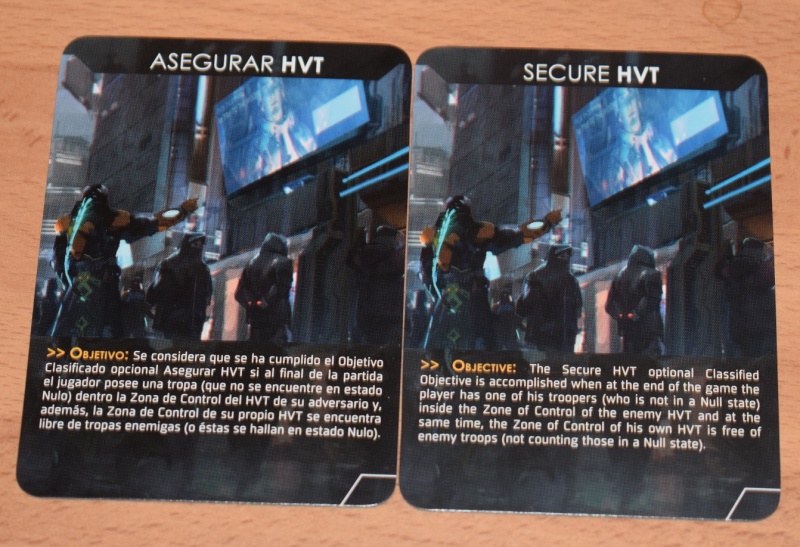 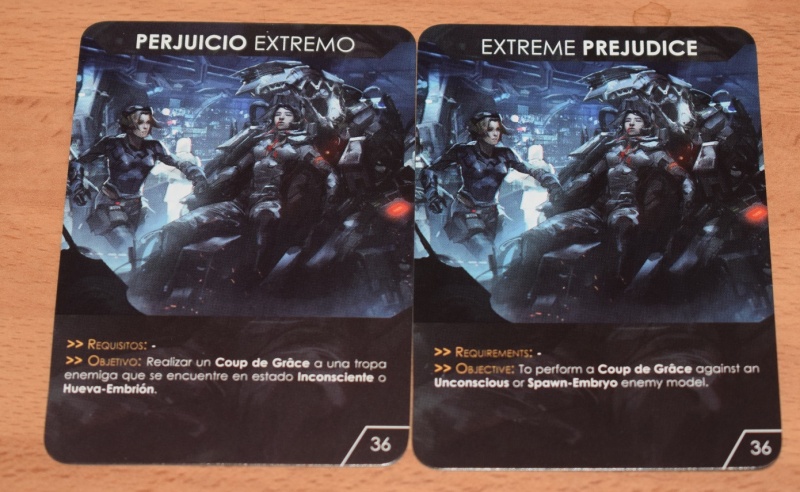 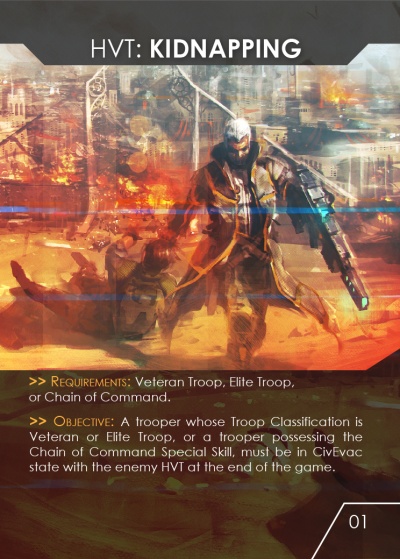