Difference between revisions of "Chandra"

Don’t go looking for records on Chandra operatives, because you won’t find any. The only references to these intelligence agents come from unconfirmed and unreliable Nomad sources. According to some Arachne-exclusive reports and stories, they are a clandestine unit of the Special Situations Section. The Chandra are not affiliated to any known Subsection, they manage their own finances and their activities are a secret. They answer only to ALEPH. Of course, all of this violates the Utgard Accords, the legal framework for the AI’s liberty of action. Their mere existence is a blatant breach of legality and has been repeatedly denied by ALEPH, Bureau Toth and specialists from PanOceania and Yu Jing. Nevertheless, Nomad sources claim that these Chandra, whose namesake is a Hindu lunar deity, are part of a secret initiative orchestrated by ALEPH to take care of those black operations that both S.S.S. Subsections are unable to undertake due to their notoriety. If Arachne is to be believed, the Chandra are an elite special force comprised only of outstanding troops, that work under the protection of ALEPH and defend its interests across the Sphere. They can act with impunity because the AI can erase any trace they might leave on the data sphere, as well as investigate and neutralize anyone who looks too deeply into them… Just like you are, right now... 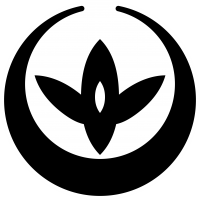