Absolute loyalty and blind obedience: that’s what the Tohaa Trident likes about its Chaksa troops, and the Triumvirate doesn’t like them any less. In addition to their fidelity, however, the exceptional physical abilities of the Chaksa are a great extra. These creatures can carry heavy equipment in the worst possible environmental conditions throughout the day without complaining the slightest. And when the time for action comes, any weapon, however heavy it may be and whatever rate of fire it has, will be a mere toy in their hands.

Appreciating these superb qualities, the Trident created the Longarms, heavy support units formed entirely of Chaksas. Equipped with heavy weaponry, its main operational purpose is to maneuver through the battlefield to gain the best position from which to provide intense cover fire for the Tohaa troops. That’s typically an operational profile that makes you the target of all hostile enemy fire. But the Longarms do not fear anyone. They have their mission, they have the most powerful weaponry that can be deployed in combat, and the only thing that matters to them is fulfilling the orders of their Tohaa masters. You have to give them some credit; they are passionate. You can see that they enjoy unloading their weapons at full power, yes sir. Because that’s the greatest fulfillment for the Longarms: total annihilation with a purpose. All the recordings show them in action with broad smiles as they unleash a firestorm on the enemy as true heralds of destruction. So, it’s not surprising that there is no operation or deployment in which the Tohaa, whether the Trident or the Triumvirate, don’t want Chaksa by their side. 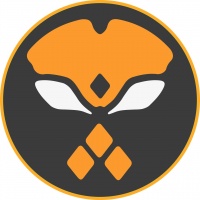 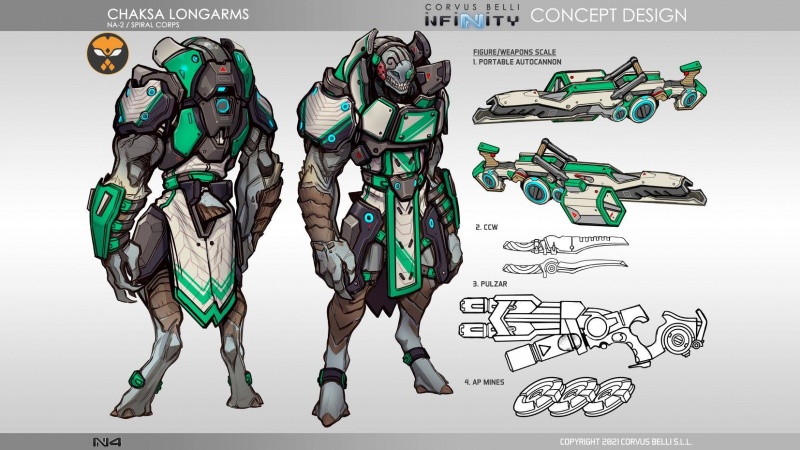 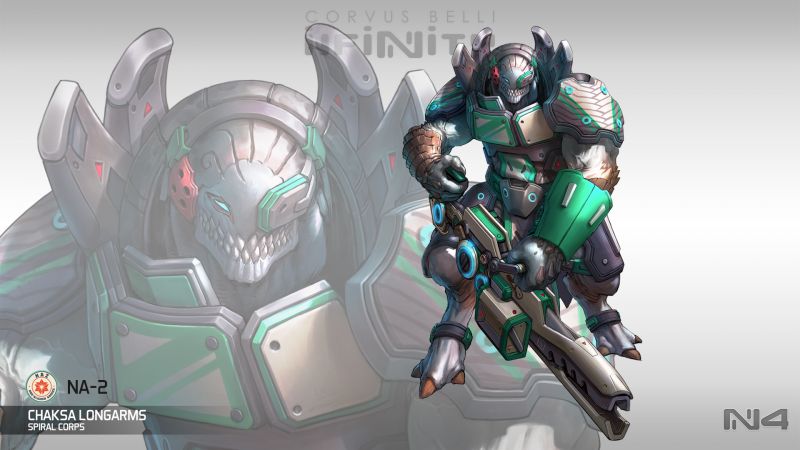 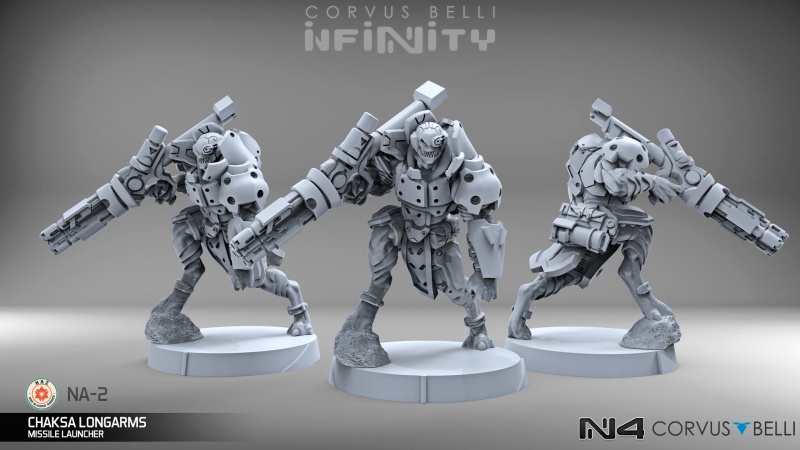