“I learnt a lot of things about humans… especially that they are easy to kill.” Sheskiin during the assault to deep space station Orthrus, Paradiso system. Recorded by the security system.

“I will just tell you that this Shasvastii agent has been able to morpho-scan Achilles… yes, you know, the android-like guy who’s a human-sized TAG: fast, strong and tough as hell. Well, Sheskiin has copied all of his characteristics… and she’s also a chick, so she’s like Achilles with pre-menstrual tension.” Colonel Yevgeni Voronin, Cossak Diplomatic Corps. Orientative briefing to the officers of the Ariadnan Expeditionary Corps, Paradiso.

"It is true that the perception one has of a hero always depends on the side one is on, and that “heroes” of the enemy will always look repulsive to us. But, independent of which side one is on, it is difficult to find a “heroic” figure as barefacedly and unashamedly perverse and evil as the Cadmus-Naish Sheskiin. Thanks to analysis conducted by the xenolinguists of the Intelligence services, it has been discovered that the term “Naish”, in the Shasvastii language, has a meaning related to the term “different” or “distinct”. In Shasvastii military terminology this name is usually applied to regular unit members who have been improved to execute special operations. The Cadmus-Naish are Shasvastii special operations agents who have their bodies modified to acquire some remote resemblance to the semblance of their enemies. These physical alterations, even if they don’t hide their Shasvastii origin, are enough to ease the approach towards an enemy in the confusion of combat, with the purpose of morpho-scanning the finest of them and causing the greatest possible havoc. Just the fact that Sheskiin is a Cadmus-Naish implies she is a pretty dangerous element, but with her we are also talking about a mass murderer with a terrifying body count. It has been confirmed that Sheskiin was responsible for the sabotage and destruction of the evacuation shuttle New Hope, in which 978 people died. This raised her to the highest ranks of the “most wanted enemies” of human forces, and we were close to catching her when she led the Shasvastii raid into the deep space Station Orthrus, in the Paradiso star system. In that operation it was possible to verify the depraved character of this creature. As soon as she perceived the mission had turned into a suicidal risk, she took advantage of the confusion to slip away, leaving her Shasvastii comrades in the lurch. It may seem a despicable, cold and treacherous action, and it doubtlessly is, but it is also pure Shasvastii logic: “If situation goes to hell, leave everything and save yourself and your SpawnEmbryo.” Sheskiin is an exemplar of her race, a true survivor, as smart as she is unscrupulous. However, it isn’t just her evil cunning and cruel intellect that makes this veteran Shasvastii so dangerous. Sheskiin is the only Cadmus who has been able to morpho-scan Achilles and survive; one of the greatest triumphs of the Shasvastii Expeditionary Forces in the Paradiso campaign. Thanks to her prowess, Sheskiin has become a formidable fighter, quick and versatile. She has seen her body altered to emulate the extraordinary physical capabilities of the Myrmidon hero. As a result of all the modifications she has undergone in her life, Sheskiin stands out amongst Shasvastii forces due to her disturbingly attractive humanoid appearance. However, don’t let her looks deceive you – always remain alert with her, because if there is something about this killer alien that can be guaranteed, it’s that she never leaves things half done and that every confrontation with her is a final death sentence. The operational directive for this evil being is: Do not let her come close. Rain fire upon her. Bring her down at the first opportunity… or everything will be lost." 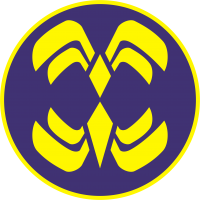 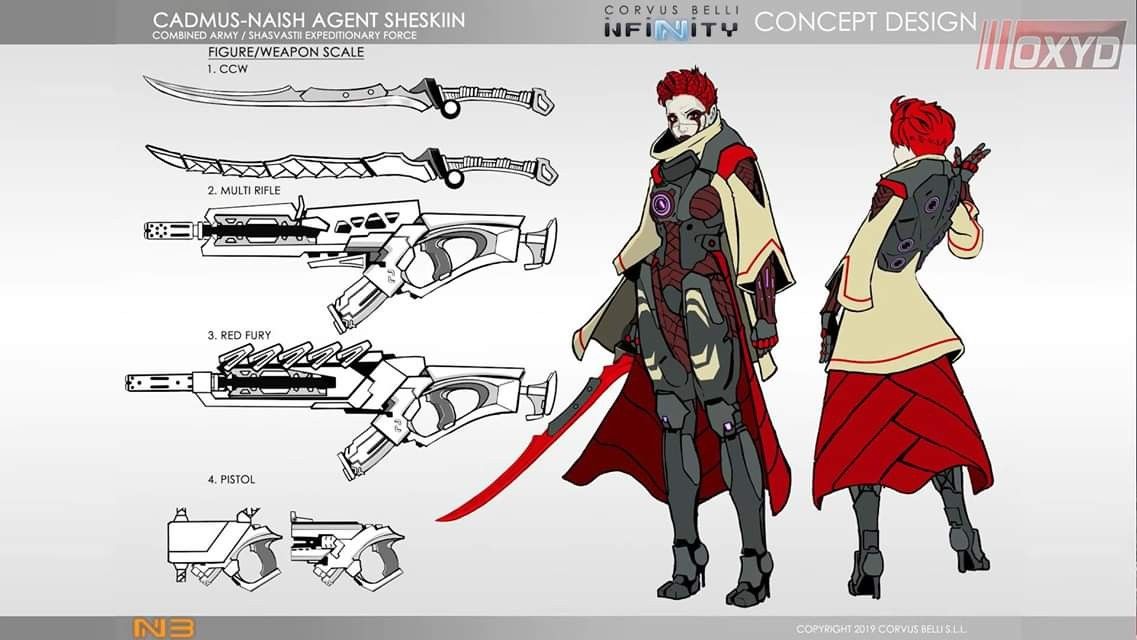 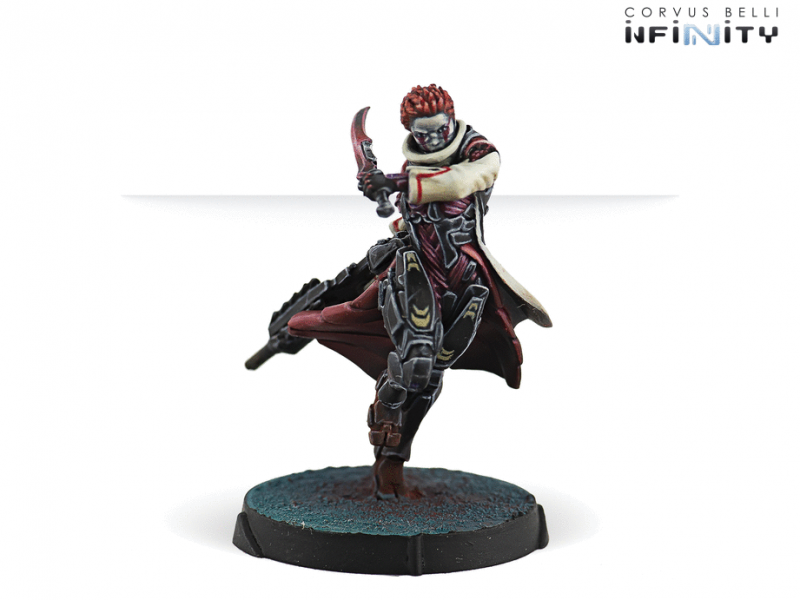 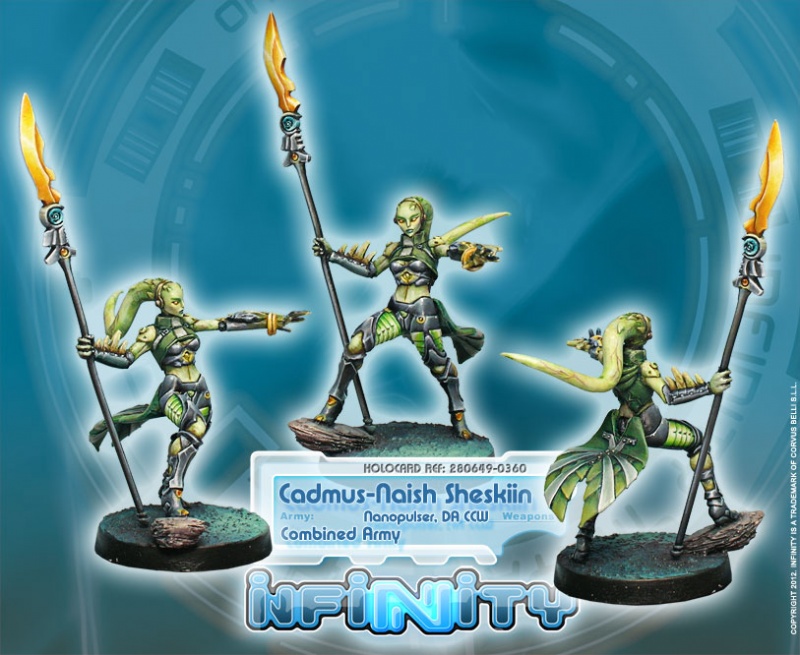