"Violence is the Solution”
-Unofficial motto of the Brawlers.

Some degree in a suit once said that mercenary work must ‘appeal to no-one but the lowest denomination of brawler.’ Chances are they never saw the dark side of the real world, the blood and the violence. Brawlers take the name as a badge of honour. The simple fact is that there are many jobs that those who like to keep their clothes clean and their boots shiny just aren’t willing to face, but they still need to get done Brawler Enforcers are just those people, willing to take pretty much any job that pays. They are experts in the tactical delivery of extreme violence. It won’t earn them any commendations, but a reputation to be feared is award enough.

Brawlers represent mercenaries of any stripe and sort that do not fall into other categories or specific units. They represent a 'generic' mercenary trooper. Brawlers can be found in virtually every mercenary company, although they are particularly favoured by rougher organisations like The Ikari Company and Druze Bayram Security.[1]

Not every mercenary can be highly-trained ex-special forces, no matter how much clients might wish it were so. Rather, the majority are thugs, thrill-seekers, and rough characters who enjoy doing violence but don’t have the discipline to cut it in a regular military. Some signed up and washed out, or they were dishonourably discharged. Others never even tried conventional service, instead coming up through organised crime or piracy. Whatever their origins, Brawlers are all over the War Market. They rarely stay with one organisation for long—they get bored, or poor impulse control catches up with them. They’re a dime a dozen, but they’re useful. Unsubtle, familiar with intimidation tactics and armed assault, ready to do what needs to be done provided there’s a payday. Brawlers are barely even an organisation. The name is an ironic badge of honour, adopted by a certain type of merc following a speech in which the General Councillor of Bureau Athena said that high-risk, high-pay work with no job security and constant threat of death must “appeal to no-one but the lowest denomination of brawler.”

"Mercenaries comes in all shapes and sizes. You have the professional types, trained soldiers that blend seamlessly into a military chain of command; and then you have the thrill-seekers, thugs who figure they can get their adrenaline fix, knock a few heads and get paid for it, but don’t have the discipline to pass muster in a regular force. The latter are slightly cheaper and much more prevalent. They rarely spend much time at a single location or company; instead they scurry like cockroaches on to their next hustle whenever they get bored or the consequences of their actions finally catch up to them. They fit the ‘mercenary’ stereotype most people have in their head, which is basically just another word for ‘hooligan,’ but the most common name for them nowadays comes from a speech by the General Councilor of the Bureau Athena. She said in the O-12 Öberhous that a line of work that offers excitement and high wages in exchange for a nomadic lifestyle, low job security and near certain death must “appeal to no-one but the lowest denomination of brawler”. As these things go, her speech went viral and mercs all over the place started claiming the word ‘brawler’ for themselves, wearing it as a literal badge even. From there, it was a matter of time before terms like ‘Brawler Brotherhood’ and ‘Brawler Pride’ started being thrown around. Anyway I’ll grant you that Brawlers aren’t the best nor the brightest, even for private military folk. They’re usually castoffs from regular infantry, rather than former Special Forces or the like. The important thing to keep in mind about them is they don’t traffic in subtlety. Whatever problem you put in front of them, their first instinct will be to use intimidation to deal with it, and failing that they will leap straight to armed assault. So yeah, I’d say the name ‘Brawler’ very much applies."[2] 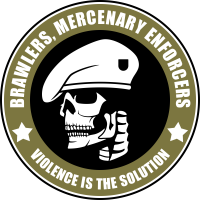 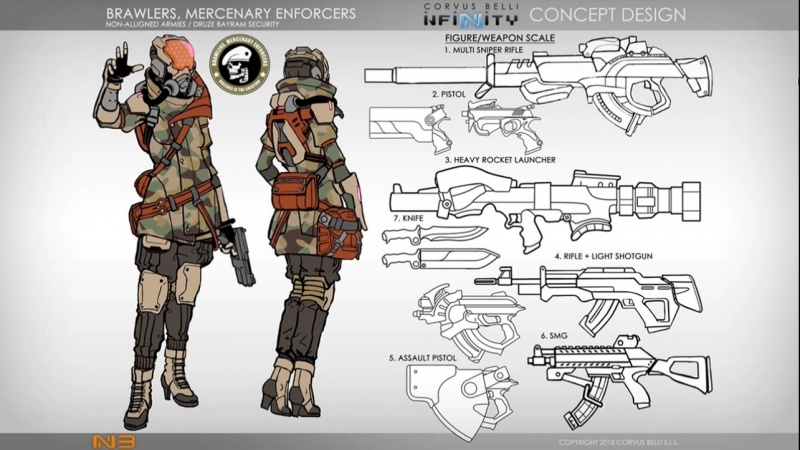 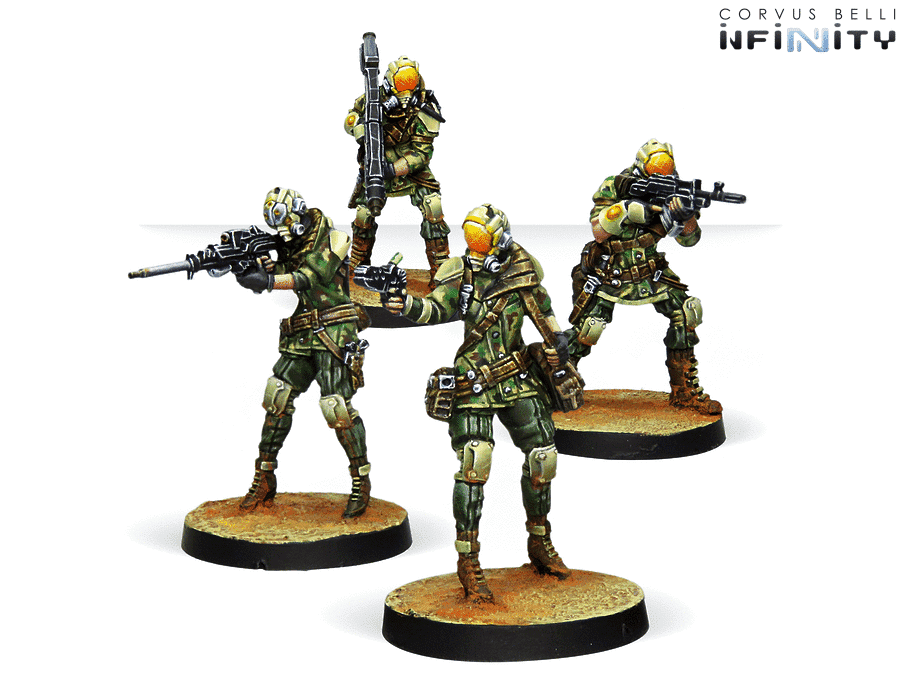 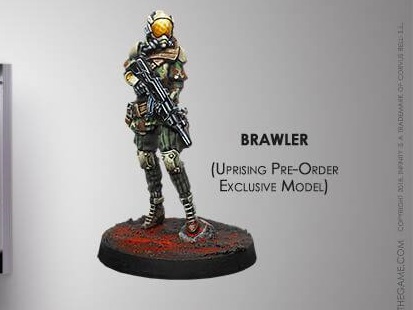