An Avatar is the ultimate war machine developed by the Ur Rationalists. A battle titan of unadulterated Voodoo Technology, qualified to carry an Aspect of the EI right into the front lines of the fight. With this arms platform, the alien intellect can oversee its troops on the battlefield first hand, and shape the fate of the Combined Army with its own claws. Each Avatar is equipped with autonomous systems and semi-intelligent weapons always scanning for targets. This makes the hulking TAG resemble a predator on the prowl, even when in stand-by mode, disconnected from the EI.

In this way, it can control first hand what is happening on the battlefield without having to depend on slow organic support. Avatars are equipped with automatic systems and semi-intelligent weapons that make them look like wary predators, even when they are on stand-by or disconnected by the EI.

Video recorded on the battlefield portrays them as having blurry outlines that ebb and flow around their actual location. This is caused by their optical disruptor technology. Their armor plates flicker under multiple layers of defensive, gravitic and suppressive fields, and its only signal footprint is a series of target acquisition and tactical tracking beams. Bewildering technologies twist and churn the local space around these armored colossi. They are a heavily armed anomaly, made even more terrible by the way they charge full-speed against you. By all accounts, an Avatar does not really need to move at all to hunt, but it seems the EI enjoys pushing the limits of these machines, outrunning its opponents. These contraptions truly are death incarnate. 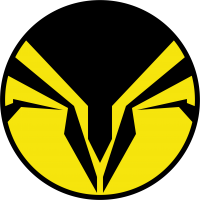 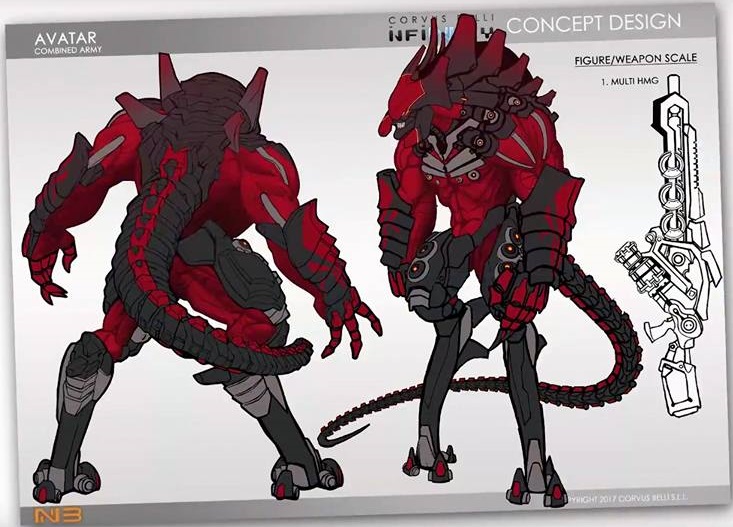 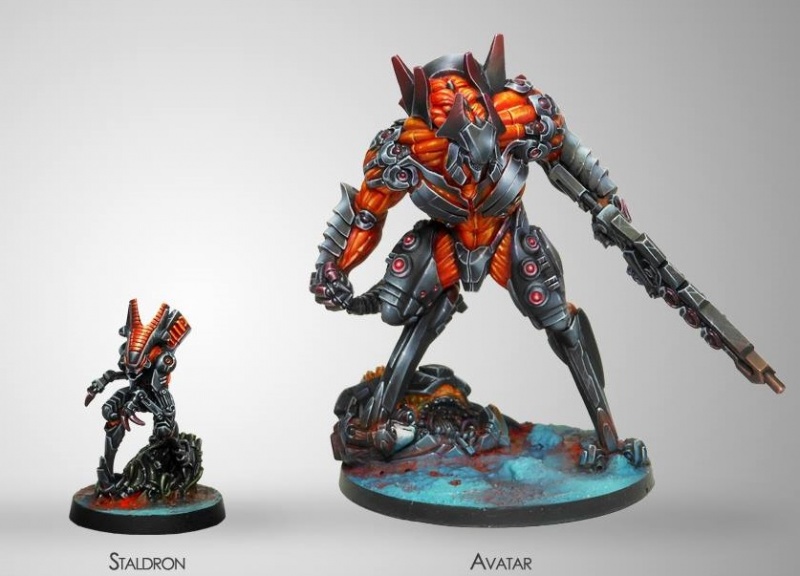