Atalanta (Αταλάντη, Atalànte, “In Balance” in classical Greek) is a figure of Greek Mythology. Abandoned to die as a baby by her father, the King, she was raised by a female bear. Consecrated to the goddess Artemis, she stood out as one of the most notable hunters of ancient times. Atalanta killed two centaurs that tried to rape her and also took part in the hunt of the Calydonian boar, being the first to draw his blood. She was also, according to some authors, one of the Argonauts on the quest for the Golden Fleece.

Notes of Thamyris the Aoidos for the S.S.S. Information Service: “If Penthesilea is hot fire, Atalanta is pure ice. The face of the Queen of Snow tops an adorable body, but with the warmth of an icicle. It’s great to have her behind you in combat, cleaning up the battlefield, but she is pure venom if you want to have a party. My humble opinion about her is that she is a tightly-wound bitch that always keeps everybody in her sights and at a distance equal to the length of her rifle barrel...”

As with every Âgema, Atalanta has been designed to be an exceptional shooter, but in this case her skills far exceed the unit’s usual score. Her amazing aim and outstanding skill for distance calculation and compensation for environmental factors like wind velocity or gravitational pull, reinforced by the Spotbot that always goes with her, makes her a living myth in the Assault Subsection.

Despite not being a Recreation, her extraordinary qualities as a shooter and her combat stunts have given Atalanta a place of honor among the Homeridae of Achilles. They all remember the occasion on which she used Patroclus’ unconscious body as a lure to eliminate any enemy trying to reach him, causing many losses among the Morat troops. Atalanta may act like a prima-donna that does not like to get her hands dirty and who prefers to operate at a distance, but all Homeridae concur with the fact she knows how to deal out death when things get hard.

Atalanta seems to live life at a different tempo to everyone around her. This is reflected in a cold and distant personal attitude, a very useful quality in combat, where she never gets overtaken by events. However, this attitude also creates a barrier that keeps her apart from her Homeridae comrades. It may be just a personality trait linked to her excellent tactical qualities… or maybe she really has something to hide behind that icy façade… There is no accessible data about Atalanta’s origin and she is frequently found “on leave”, disappearing for some time without the slightest explanation. The rest of the Homeridae suspects the hunter of the team engages in black-ops directly for ALEPH. Nevertheless, every time someone asks Atalanta about it, the answer is a cold silence... There is a never a resolution to the mystery of this icy sharpshooter, because, even if her extra-curricular operations were confirmed, that would not answer the real question: Is there something more to Atalanta than what is seen? Something other than being the AI’s private executioner? And, most importantly... what is the true nature of her bond with ALEPH? 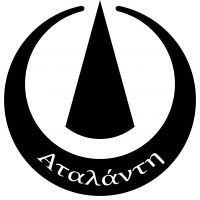 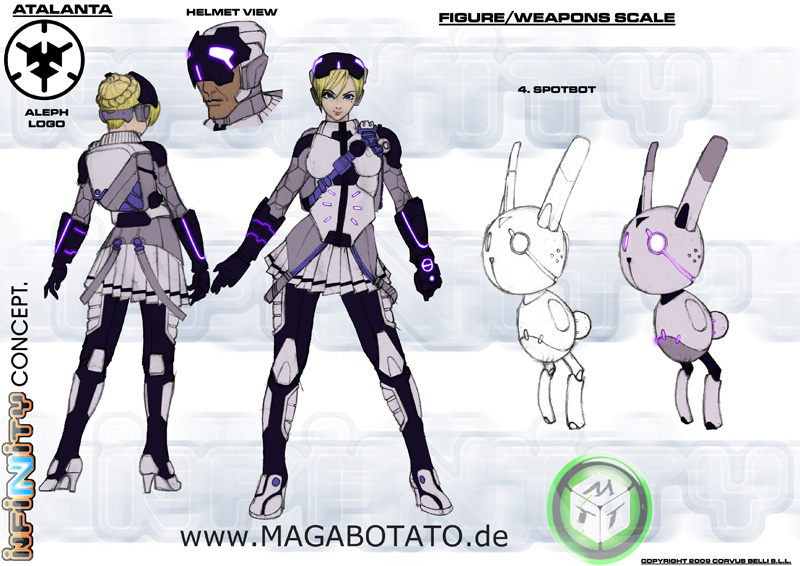 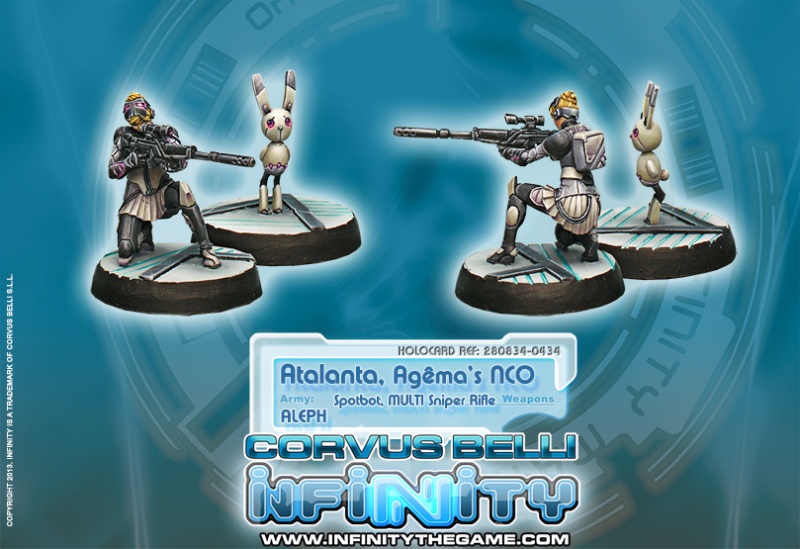