“In Omnibus Princeps” (First in all things), motto of the Aquila Guard.

An elite unit from the most prestigious military training center on Neoterra, located in Aquila. The Aquila Guard takes only the crème de la crème of officers from the PanOceanian armed forces. Among its members are some of the foremost strategists and tacticians in the army, and the regiment’s operational history is studied as part of basic training in the Military Complex. The Aquila Officers Academy takes pride in the spirit of ‘leading from the front’ it instills into each of its cadets: the philosophy that an Aquila officer must always share the frontlines with the troops under his command. Their operational profile includes both field and high-risk missions, particularly Combat Search and Clearing ops. The regiment is also responsible for the personal safety of PanOceanian authorities and commanding officers, as well as the security of classified military documents and maximum security facilities under Code Red situations. In order to be able to fulfil these duties, Aquilas have a degree of diplomatic immunity, granted by the Department of Foreign Affairs. As a result of their prestige within Neoterran forces, they have access to the very best equipment, which they use to great effect. The arrival of an Aquila Guard to a theater of operations means High Command takes the situation very seriously, and is willing to risk their very best men for the sake of the operation. 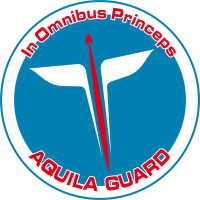 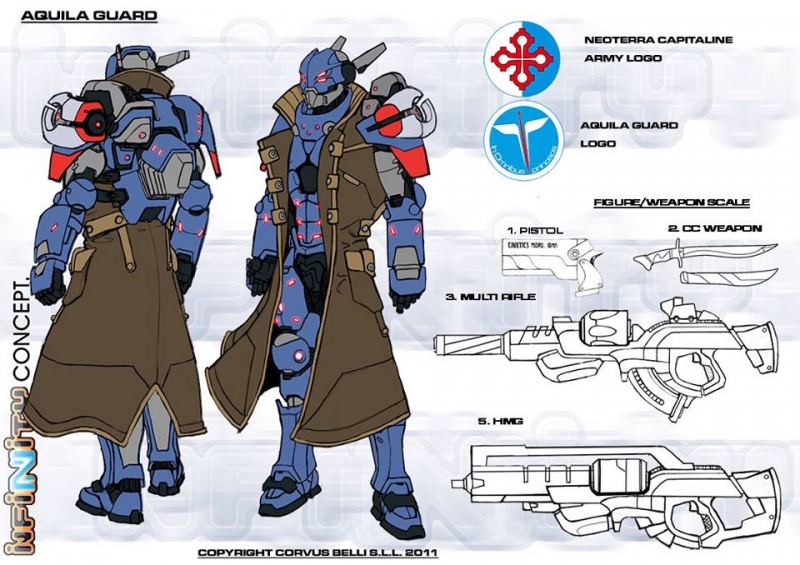 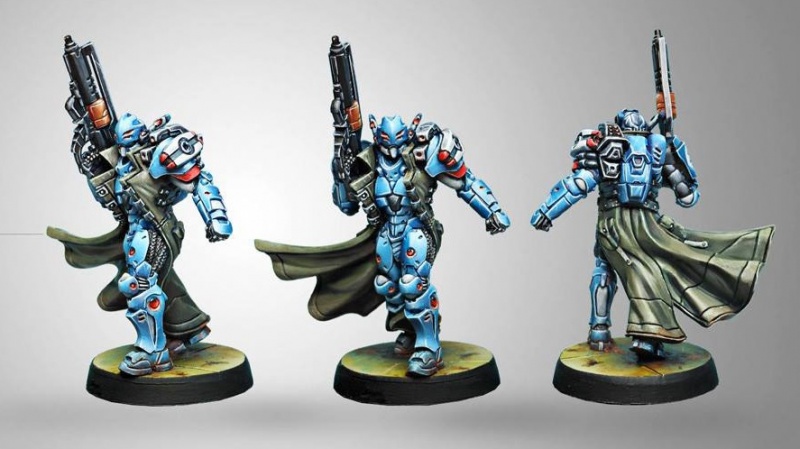 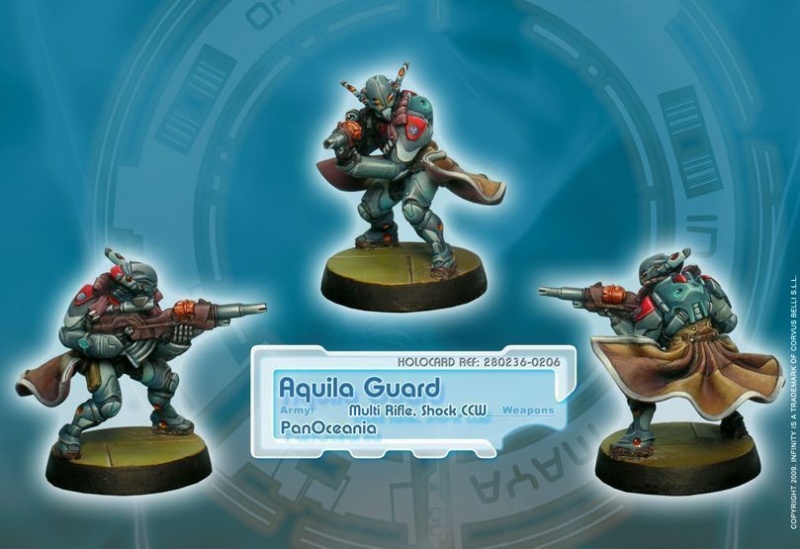 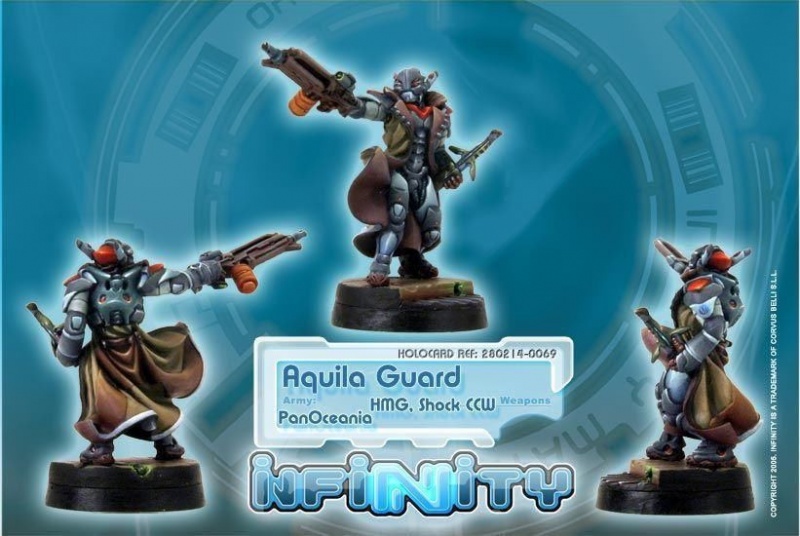