The Assault Packs are formed by groups of Antipode, natives of Ariadne biologically manipulated to carry out the orders of a Controller. The history of the Antipode of the “River Tribe” in their confrontation with humans is long and bloody.

The troops of Ariadna have long since learnt to their cost to respect the Antipode’s combat potential. Thanks to a highly developed sense of smell, an Antipode is perfectly capable of detecting any target within a radius of several metres even though it is well concealed, and for this reason the Antipode are employed in security and exploration tasks. Also, in keeping with an ancient warrior tradition, the Controllers sheath the Antipode claws in Teseum, which, in addition to their strength and speed, converts them into fearsome hand-to-hand fighters, as many an over-confident and unwary enemy soldier has discovered.

Guided by a Controller, the Antipodes of the Assault Packs are fearsome creatures that specialize in opening up breaches in enemy lines, tracking down opponents and locating hidden threats.

Assault Packs are made up of three Antipodes, members of a race native to Dawn. Their behavior has been biochemically modified in order to respond to orders from a Controller. The Antipodes are a peculiar race, and in order to act intelligently, three individuals must unite in a single personality that combines their idiosyncrasies and skills into a tripartite whole. The Ariadnans have found a way to biochemically regulate the responses of up to three of these creatures so that the resulting individual will obey an expert Controller. Once submission has been achieved, the four of them form one of the Assault Packs, famous for their ferocity. The record of the River Tribe Antipodes in their confrontations with humans is long and bloody, and Ariadnan troops have learned the hard way not to underestimate their foes in combat. In the Ariadnan army, Packs serve a twofold purpose: they are a very disruptive spearhead when sent directly into enemy lines, and they can also be used to sniff out enemies or traps with uncanny accuracy. An Antipode’s keen sense of smell can detect and locate an enemy dozens of feet away, and no amount of concealment can fool it, so naturally Ariadnans use them in scouting and security teams. Even more threatening is the age-old tribal rite observed by the Controllers, in which they coat their Antipodes’ claws with Teseum. This makes already strong, swift and capable creatures into fearsome hand-to-hand contenders, as many once overconfident enemy soldiers could attest to. 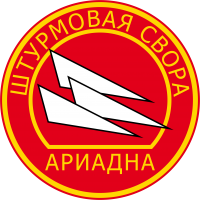 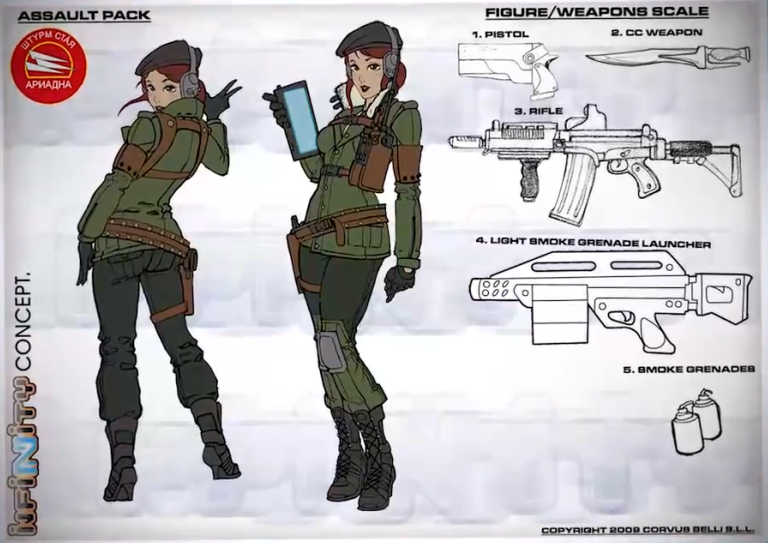 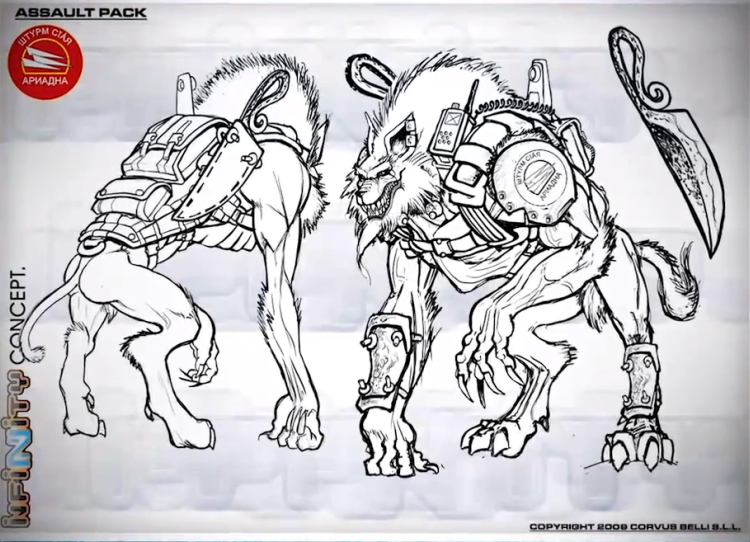 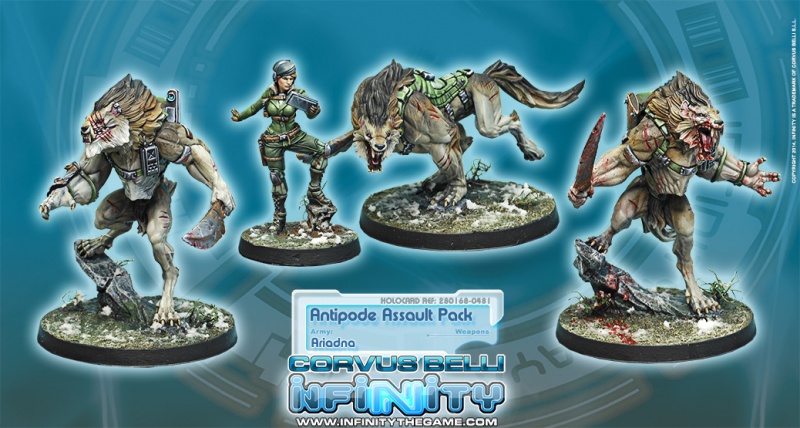 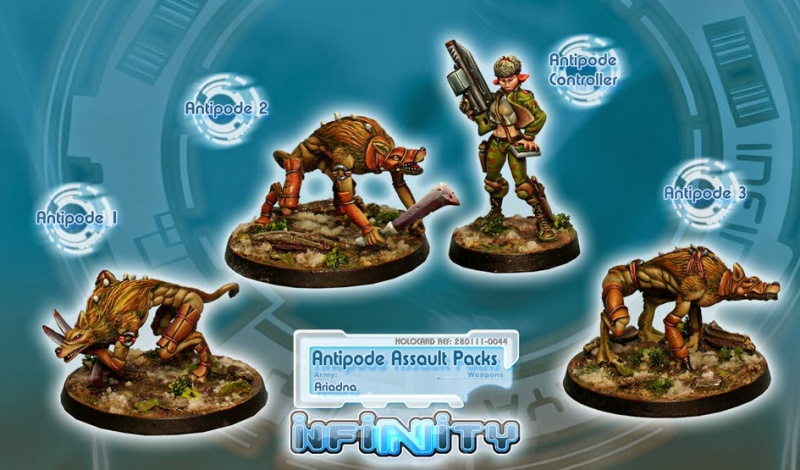