The Anaconda is a Nomad mechanized squadron that was at one point disbanded and successfully repurposed as an independent mercenary unit, eventually signing contracts all over the Sphere. It was the Anacondas who served as an armed escort for the famed Alcinoe Expedition that managed to open the Gantvoort Route by successfully warding off the constant attacks of that satellite’s separatist groups. The Squadron saw action in each stage of the NeoColonial Wars, during which they worked for nearly every side, and in the Ariadnan Commercial Conflicts, where they entered into a fruitful collaboration with the FRRM (the Merovingian Rapid Response Force) that lasts to this day. But despite the Squadron’s undeniable achievements, the very existence of an independent, private mechanized unit beggars belief, unless it receives support from a hidden hand. A hand that might very well be clad in black...

It beggars belief that the Anaconda TAG Squadron keeps operating. The cost of running a fully-mechanised unit is outrageous: replacement parts, specialised support equipment, trained engineers and pilots, ammunition, and transport. Some believe they must have a hidden benefactor. They point to the ease with which the Squadron obtains supplies from the Nomad Military Force, and the financial support of the obscure Tyomkin Bank on Tunguska, as evidence of the Black Hand’s involvement. The Anaconda is a heavy reconnaissance TAG, purchased surplus from PanOceania and upgraded in the Black Laboratories of Praxis. Its armour was lightened using polyceramic compound plates, its interface and movement controls updated, and a swift evacuation system was added. Since the squadron went mercenary, their designs have diverged even further. Each pilot makes minor modifications to suit their own skills and preferences, often including custom paint jobs.

Most Anaconda pilots name their TAGs, treasuring their quirks and personal histories. In the few cases where pilots have retired or been killed, their replacements tend to keep their TAG’s name, believing it is bad luck to change.

The Anaconda TAG Squadron have an excellent working relationship with StarCo, based on their common Corregidor heritage. They also regularly deploy alongside Druze Bayram Security. Spiral Corps have one TAG pilot, the inimitable Neena Nandwa, on permanent secondment. Anaconda TAGs are permanently integrated into the command structure of the Force de Résponse Rapide Merovingienne, the French-Ariadnan sectorial army.[1] 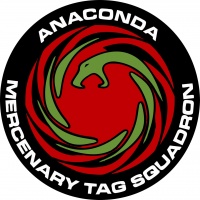 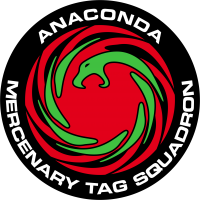 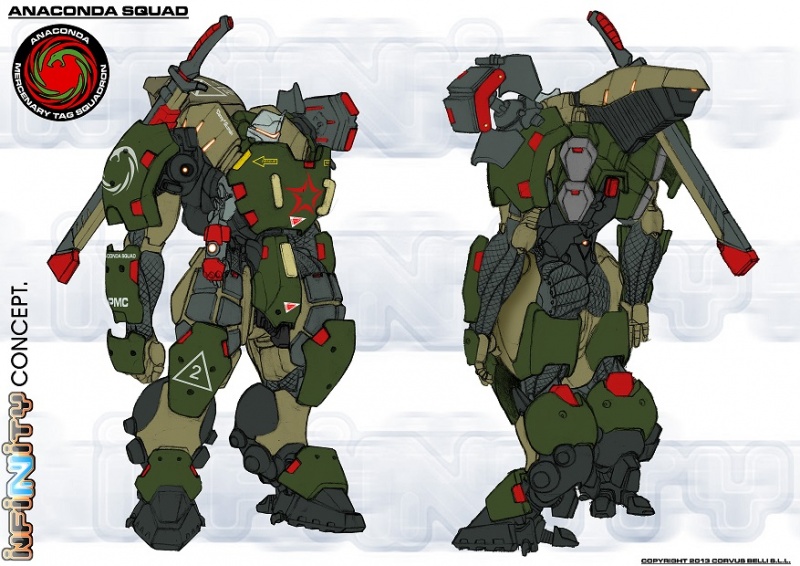 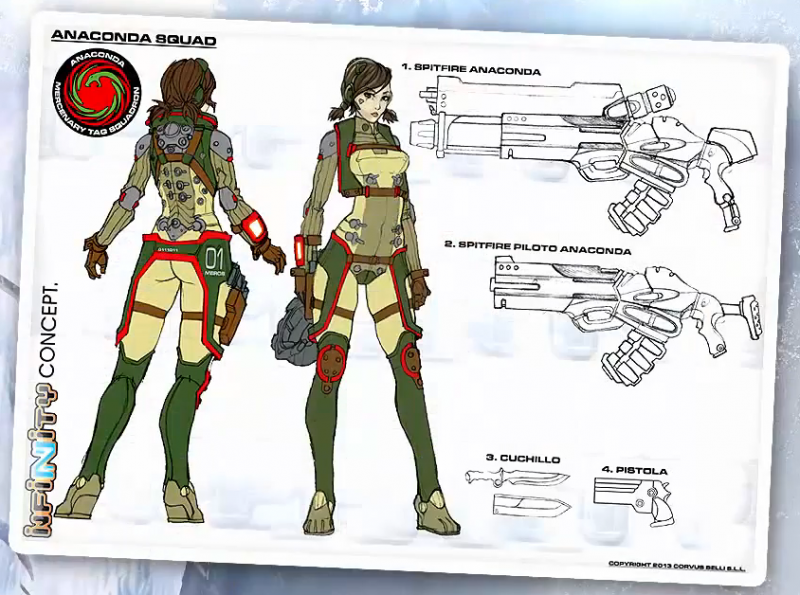 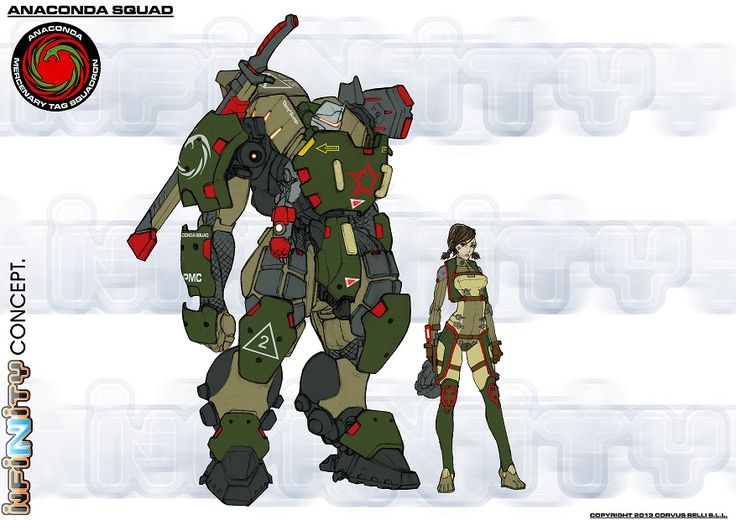 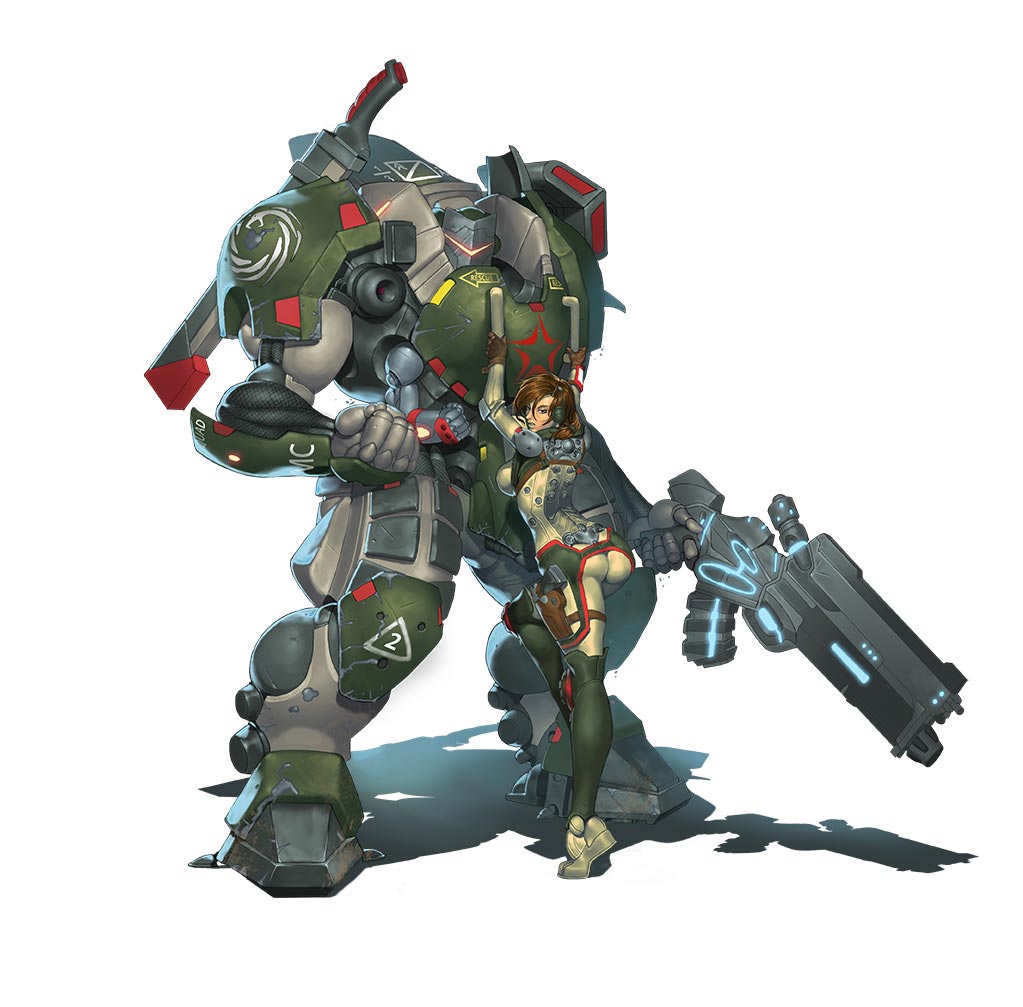 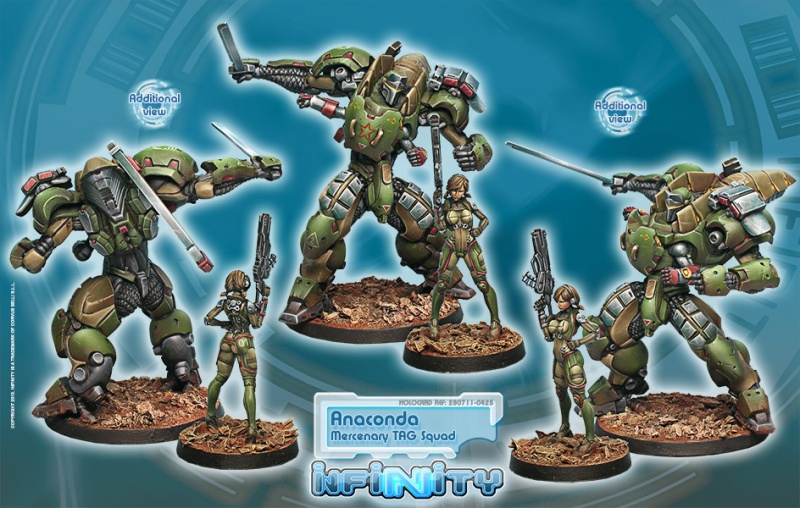