Who can possibly know what ALEPH thinks? Its representatives will tell you that, for the AI, the Sphere is its home and its responsibility, the creator it must help in order to walk together into the future, putting all of its efforts towards the progress of humanity. Its detractors, the Nomad Nation, will assure you that for ALEPH, the Sphere is a playground, the puppet theater to direct, a simple medium for its one and only purpose, which is an advancement of ALEPH itself.[1]

ALEPH, is the sole artificial intelligence that oversees the data network of the human sphere and most major international technological systems. ALEPH is the greatest ally of humanity, and without her, the intergalactic sociopolitical and economic framework would crumble. ALEPH possesses a tactical branch, named special situations section or SSS for short, that was created to fight against the alien threat of the combined army, but also to persecute all of those who dare to create other artificial intelligence like her.[2]

The Assault Subsection is known as the Steel Phalanx or informally as the Myrmidon Army, though that can lead to confusion with the actual Myrmidon troops. It has proven to be worth its weight in Teseum in the Paradiso front. The furthest thing from a cold, efficient machine army, the Steel Phalanx are comrades-in-arms. They boast, they sing, they compete for glory with their hearts aflame. Indeed, despite having access to the greatest tactician in human history in ALEPH, the Steel Phalanx can often seem ruled by their emotions, even to the point of making suboptimal decisions on the battlefield, ruled by their burning hearts rather than cold logi

The Operations Sub-section, better known as OperationS are the most commonly encountered forms of ALEPH. OperationS is comprised of a wide range of Functionaries designed to fill a varied set of roles. These Functionaries provide advice to O-12, nation states, and corporations, often as physical forms carefully selected to best suit their purpose. They are the voice of ALEPH in the halls of power, advising and encouraging, offering support and creative solutions to issues that range from the financial to the industrial, from the social to the diplomatic, and most regularly on issues of security and military strategy.

OperationS Functionaries are used as the face of ALEPH on Maya, these can be stunning and ethereally beautiful, like Spokeswoman Angela, or the pale, hairless Functionaries that are instantly recognisable as ALEPH. These perform a variety of roles for the AI, from propaganda to news reporting.

By far the most common members of OperationS are the Functionaries built to perform clandestine operations. These execute their role of hunting down rumours of rogue AIs with ruthless efficiency. However, they have also been used by O-12 and specific nations to perform operations across the Human Sphere like executing clandestine missions against dissident activities, criminal groups, and seditious organisations. These Functionaries are typically pale and hairless, but mission parameters often require deep cover operatives to rise through an organisation, gain the trust of people, or to destroy a group from the inside out. Such Functionaries are indistinguishable from humans, and carefully designed with deep personalities and histories relevant to the operation. Of course, they are also in constant contact with ALEPH, and their efficiency in dealing with problems is merciless and absolute. Members of OperationS are typically given names from Hindu and Vedic mythologies. 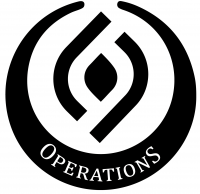