The Regulars are a frontline regiment consisting of veteran Fusiliers from the jungle wars on Paradiso. These are battle-hardened soldiers, expert but cynical. They instruct new recruits in the rough secrets of jungle fighting, secrets paid for with blood and the lives of comrades.

The Regulars have learned through experience that survival chances are relative. You have to live in and for the moment. It is the jungle itself that dictates the rules of engagement. It is better to adapt to circumstances rather than try and change them. And finally, move fast and conceal yourself with a good view of the target, don’t hide behind armor that fails at the moment of truth. For this reason, none of them stick to the equipment regulations of the PanOceanian Military Complex, but personalize their gear to their own taste and comfort. As survivors of the Emerald Hell, they think of themselves as an elite amongst frontline troops. With their traditions, their toughness and their discipline, they feel no obligation to prove anything to anybody. The history of the Regulars speaks for itself. In the midst of the rain, the dirt, and the mud, while others drip sweat and shake, their weapons and equipment are always clean and ready. Their eyes, with a typical glimmer of mockery, say it all: “You’re standing before a true Acontecimento Regular!” 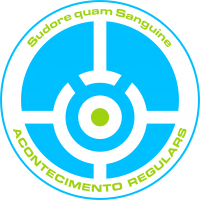 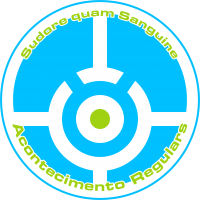 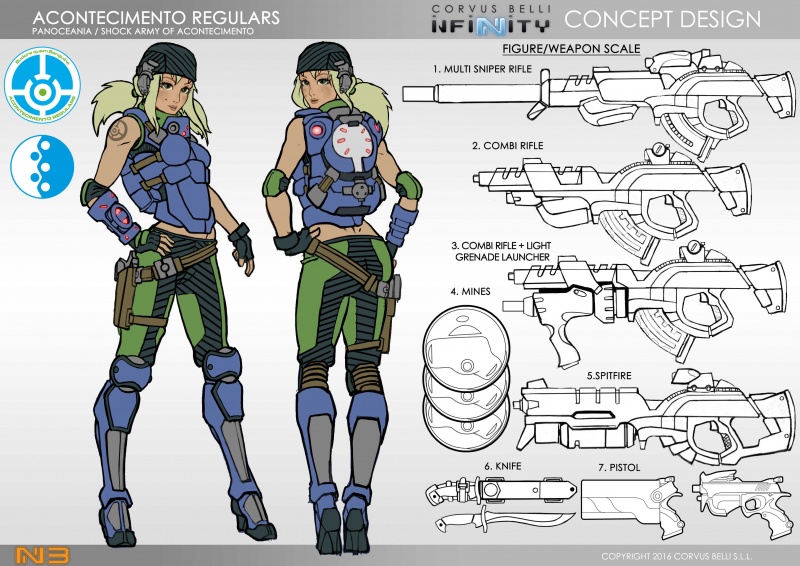 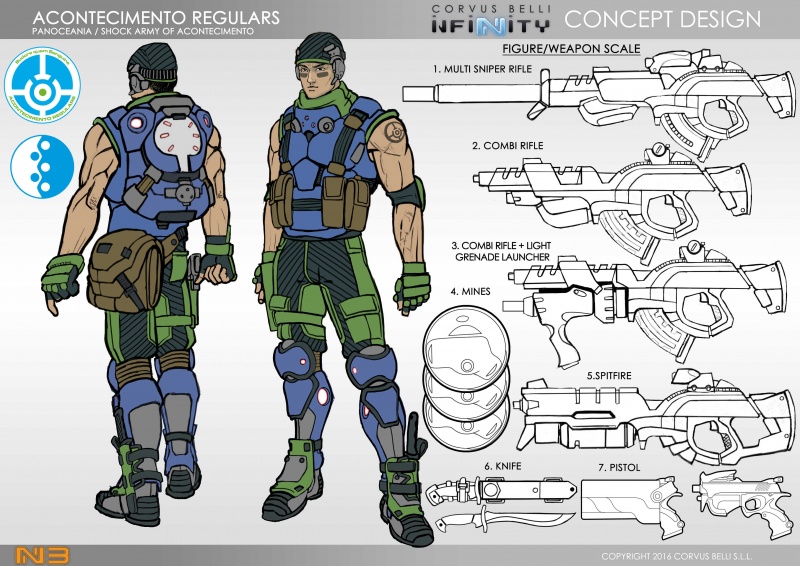 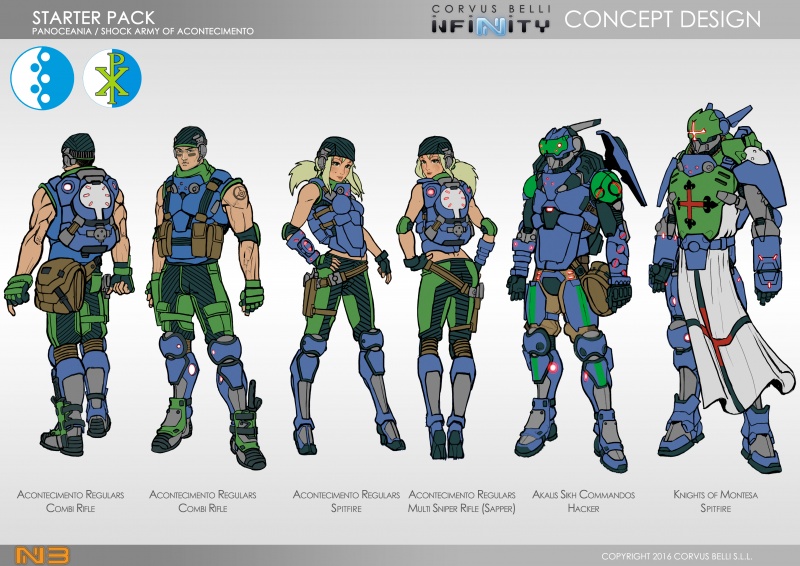 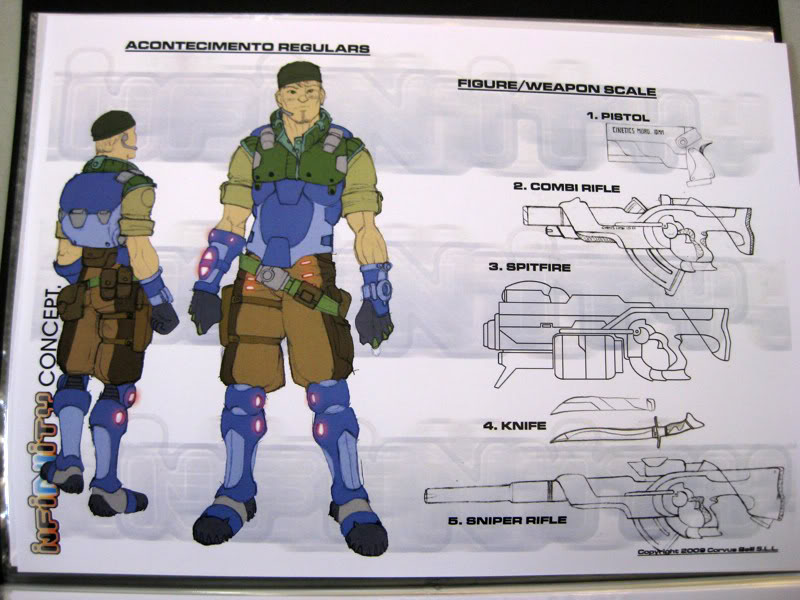 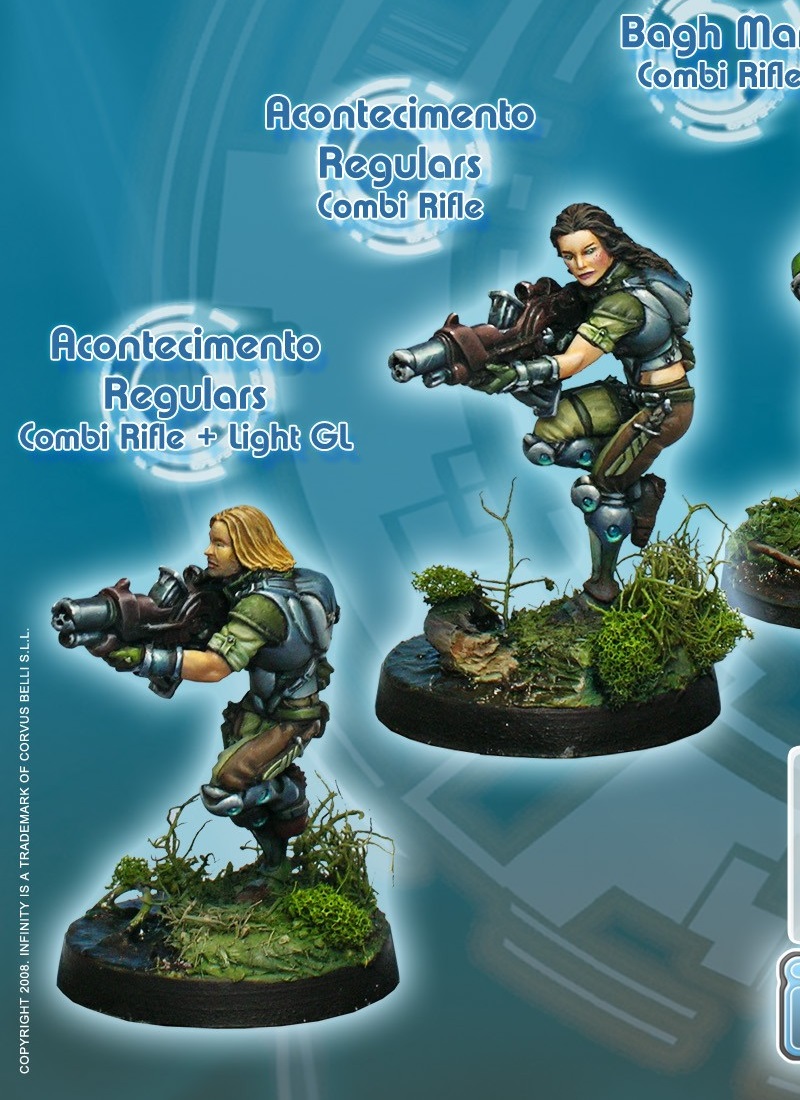 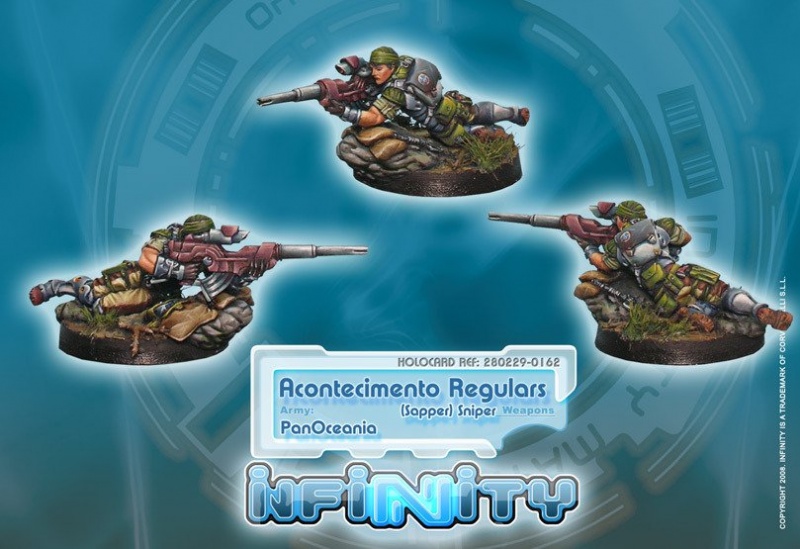