"Draw near, that you may meet your doom the sooner”
-Achilles in the Iliad, Book XX .

Achilles, greatest warrior-son of Ancient Greece. Immortalised in the Iliad as the hero of the Trojan War. Son of the water spirit, Thetis, and the king of the legendary Myrmidons, Peleus. Tutored by the wise and noble centaur, Chiron, on the slopes of Mount Pelion. Eternalised throughout history until once again reborn in humanity’s hour of need.

In conceiving, initiating, and succeeding with Project: Warrior, ALEPH effectively became king, queen, and tutor—or father, mother, and mentor— to the greatest hero that ever lived. A force of nature. An immortal reborn.

Hewn from the stories of ancient Greece, Achilles personifies the god-like athleticism and beauty of the heroes of his age. A skilled commander and tactician, many look up to him as an inspiration and wonder. There are just as many, however, who view him as arrogant and vain. Regardless, his confidence is born of the definite knowledge that Achilles and his Myrmidons cannot, will not, be defeated. An avatar of fury and glorious combat, war has become his bride, and he lusts for her relentlessly.

"Sing, Goddess, of the rage of Peleus’s son

Achilles, the accursed rage that brought great suffering to the Achaeans.”

—Opening Lines of the Iliad

Perhaps the greatest warrior of antiquity, what could Achilles have accomplished without a weakness in his heel? ALEPH intended to find out. Perhaps the most advanced Recreation, and certainly the costliest to produce, Achilles is a stunning piece of work. Inspiring courage in his allies and dread in his enemies, the Blond Titan is the leader of the Steel Phalanx, and every bit the inheritor of his namesake.

The result of Project: Warrior, the AR-1 Lhost combines the power and durability of a TAG in a human-sized package, with peerless dexterity, and a bleeding-edge sensory suite. So demanding were the AR-1 prototypes, that not only could no human successfully inhabit one, but countless Aspects weren’t up to the task. Enter Achilles. The first entity to be classified as a Person of Mass Destruction (PMD) by O-12, the Blond Titan possesses matchless battlefield acumen, and unleashes it to unparalleled success.

He is undoubtedly a hero. He is also, by every account, a monster.

Just like the hero of antiquity, he is strong, daring, and clever. He also has boundless rage, and relentless bloodlust. While there is always a certain darkness to his personality, when Achilles loses himself in anger, there is little else that remains. Arrogant, stubborn, and relentlessly violent, Achilles’s ability to retain his tactical genius while in a fit of vengeful rage makes him an incredible, if impossible, commander. Those who serve under him have likened it to following a wrathful deity, dangerous and demanding, but they would choose no other life.

Foremost among these is Patroclus, his constant companion, and one of the only living beings genuinely acquainted with the Blond Titan’s gentler side. Even so, ALEPH has expended a tremendous amount of resources stocking the Homeridae with companions who can provide a counterbalance to Achilles’s tempestuous temperament. From Project: Amazon’s Penthesilea, to the veteran warrior Aspect “Old Man” Phoenix, there’s never a shortage of answers to Achilles’ rage. And from ALEPH’s perspective, they’re all worth it in the moments when hope seems lost until Achilles emerges from the smoke, mutters “not today,” and furiously unleashes hell upon his enemies, grasping victory from the jaws of defeat.

“The situation, in short, is this. I have just destroyed your escape module. You are trapped inside here with me. I am Achilles. And you are dead already.”
-Achilles, Second Ghost Conflict. Unauthenticated record, probable origin: Nomads Black Propaganda. 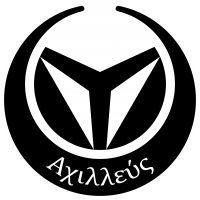 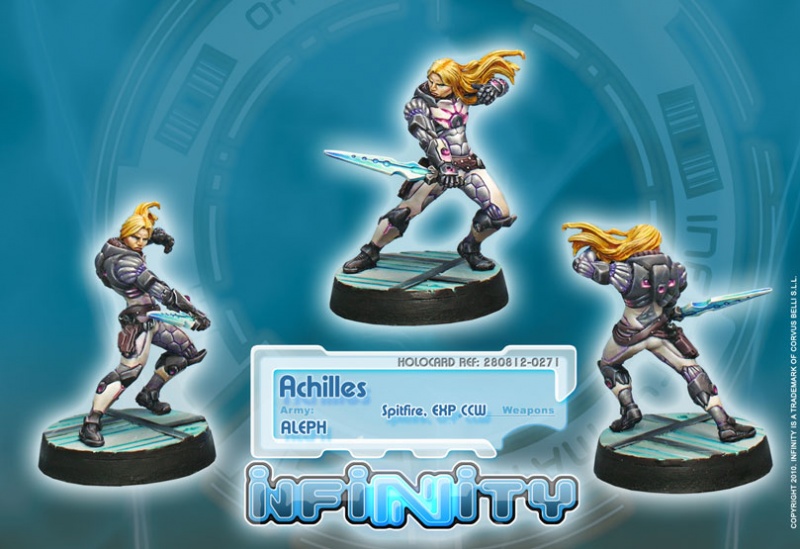