Deep within the Paradiso jungle. Following the trail of ALIVE… Thirty days after Operation: The Grid.

[Add-on File #1] If there’s one thing Savage detests it’s the feeling that events are outside his control, and the ALIVE movement is an unknown quantity, one that hadn’t been factored into his plans. Their exploiting the figure of Toni for their own subversive propaganda exasperated him. It was him who turned her into an icon of the PanOceanian power on Paradiso, and they had corrupted her image in the name of a silly utopian notion of unity. It started as an anecdote, a childish lashing out against the establishment, but at some point it had snowballed and gathered support from sectors within every nation, including, most troublingly, PanOceania. The main issue with ALIVE, and what those script kiddies probably can’t even fathom, is that their little hacking games, their cyphers, their cyberattacks, their leaks of sensitive information, all they do is undermine trust and feed the rumor mill. ALIVE is a crack in the fragile alliance for the safety of Paradiso. At its worse, it threatens to breach the information blockade. If the truth about Paradiso were widely known, it could kickstart widespread panic, chaos, mutiny and rioting across the Sphere. With the open front against in Paradiso bleeding resources on a daily basis, there would be no way to pacify the civilian population. ALIVE must be silenced or they threaten to usher in the extinction of mankind.

[Add-on File #2] If there’s one thing General Kleinmann detests it’s getting ordered around by paper pushers, but this time he has no complaints. The ALIVE movement had become a nuisance but when they decided to smear him as a “puppet”, they made it personal. The general is all too happy to carry out his orders to find them and shut them up for good, and he had permission to use whatever methods at his disposal, no matter how unorthodox. to an abandoned construction deep in the jungle. It’s the perfect chance to wipe out the virus and show the Sphere who’s boss. Eduardo, Toni Macayana’s salvaged TAG, will spearhead the mission. Toni’s armored avatar will smite those who would exploit her fame. Poetic justice? Rather, militarized sadism.

– “Fuiiiiiiihss… bang!" she exclaimed while lowering her finger with an extremely dramatic movement to press the holopad.

A vertiginously passing code was visible on the screen, a beautiful spectacle for an expert, but indecipherable for the average person.

–"We’re in, KISS! Let’s see what we find," she whispered to the small remote while examining the files of the PanOceanian High Command. "Reports from different types of missions, undercover operations, main targets under surveillance…"

–"Don’t worry, we aren't in danger, even if we are tracked—I’m doing this through a booster unit… Interesting! We have a report here showing that some files from a Yu Jing laboratory have been stolen. Guess who has been accused of the theft? Correct KISS! The alien forces!"

She quickly coded the information, wiped off her digital fingerprints and turned off the holopad before putting it in a bag. "This is going to be huge," she thought.

–"I’m leaving. We need to make humanity save itself. But not without having breakfast first!" She blew KISS! a kiss and headed for the dining room to have breakfast with her parents before going to school.

The Anti-establishment Group ALIVE was finally captured by PanOceanian forces. The hyper power was quick to make the announcement with an almost insulting arrogance. Another goal reached before any other competitor; another achievement showing their strength and power; a new success keeping PanOceania on top.

However, this victory left a bitter taste when the convoy transporting the ALIVE group to a PanOceanian prison was attacked by a Combined Army patrol. The vehicle carrying the prisoners was hit by a projectile and destroyed. During the brawl, the aliens took a vociferous Bit, traumatized by the view of her friends’ dead bodies torn to pieces. Our escort managed to repel the attack, but they could not follow the patrol through the dense jungle to rescue the young hacker. I can attest that the bodies of her two colleagues were so mangled that they were far beyond the possibility of being recovered from their Cubes.

I do not know for certain the fate of the unfortunate Bit, who did seem to be seriously injured when the Combined Army troops took her. The only thing I am sure of is that our vehicle managed to cross the jungle and that I am still breathing.

[Statement by the Warcor Clark Jonhson]

The ALIVE Anti-establishment Group consists of the three members of ALIVE, equipped as above, but their Training becomes Regular. They each take up one spot in a Combat Group, and they must all be members of the same Combat Group. 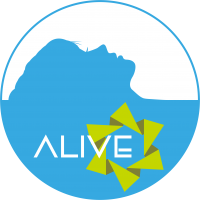 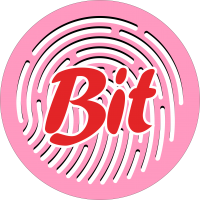 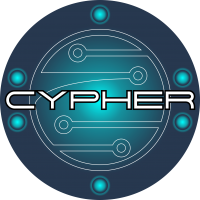 No miniatures have been released for Cypher, Switch, or the ALIVE Group version of Bit & Kiss. See Bit & Kiss for their Combined Army data.