The Holy See has a special cooperation agreement with the PanOceanian Military Complex. Swiss Guards are elite soldiers who defend the safety of the Holy Mother Church and the papal seat in San Pietro of Neoterra, but who also perform special operations at the behest of the PanOceanian military. The Swiss Guard has maintained the old tradition of recruiting its members only from among the inhabitants of the old Swiss cantons. Recruits are subjected to demanding training, after which they must serve a year in auxiliary duty. Afterwards, if they wish to continue their career in the Guard and access the tactical branch, they must request leave and be transferred to other regular units of the Military Complex. They cannot be reinstated into the Swiss Guard until they have served in crisis areas and earned several honorable mentions for their record sheet, which is why, once reinstated, all Guards have the rank of sub officer. The Swiss Guard now forms the (assimilated) Special Action Group of the PanOceanian Heavy Infantry, and at their disposal is the most advanced of all human-conceived military technology. Adding to their security functions, the Swiss Guard also executes direct action, assault, capture of key strategic positions and interdiction operations. In combat, their orders usually take them to the most dangerous positions in the most violent missions: such is the responsibility their history and tradition entail. 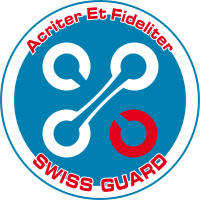 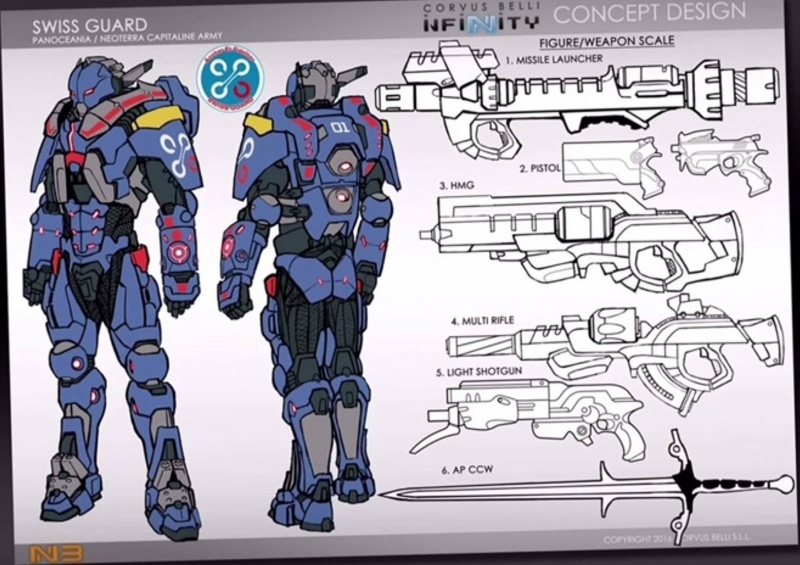 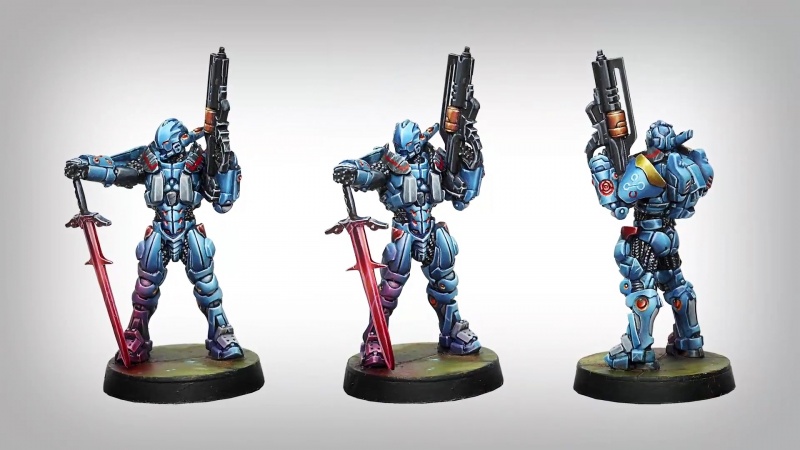 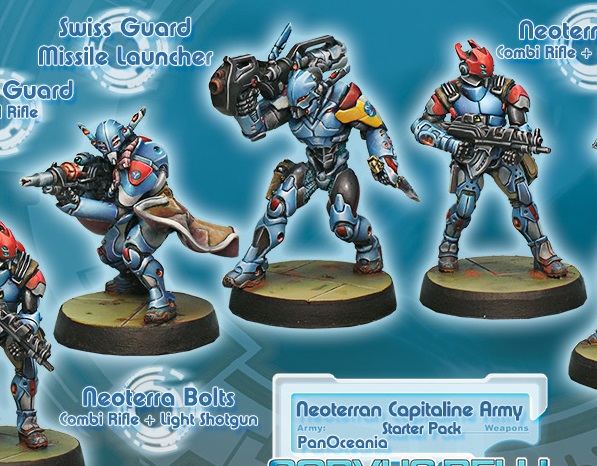