The scouts of the Naval Exploration Corps gave the "Stoorworm' name to the colossal subterranean serpent that moves underground as it were moving through water, shaking the ground as it passes and emerging from wherever you least expect it to devour you with its gigantic jaws.[1] 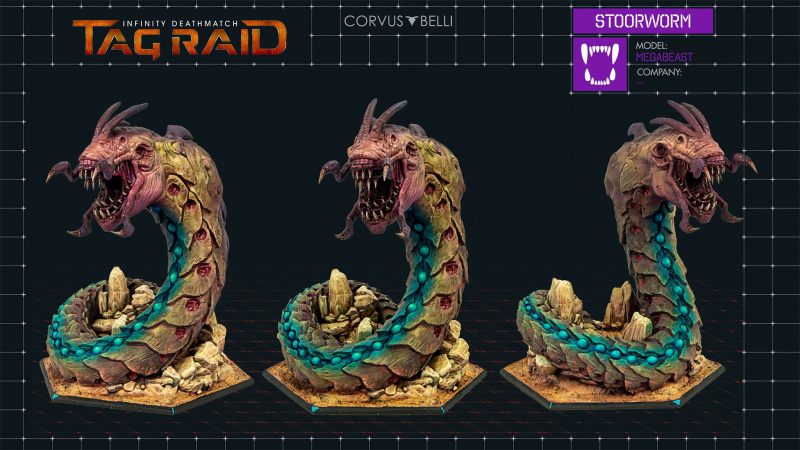 None at this time, though it is unknown if and how the TAG Raid miniatures will be made available after the Kickstarter campaign.