The members of the Razor Reconnaissance Units are the kind of guys who you never hear coming until suddenly there they are, standing next to you, scaring you to death. But don’t worry, if they wanted you dead you wouldn’t even have noticed their presence. So it’s actually your lucky day, for two good reasons. On the one hand, you are still alive, congratulations! On the other hand, you got to see a Razor in action, something that few people can brag about. The only problem is that you won’t get to tell anyone. The Razors are commissioned to carry out operations of a secret and expeditious nature, sometimes so secret and expeditious that they fall within the definition of clandestine. Their training has been perfected for manhunt missions, nocturnal abductions, and the elimination of predesignated targets. As they are tasked with black ops, illegal and deniable, many Razors are “deceased” agents who work for Bureau Noir without badges or identification, in order to not compromise O-12 officially. In their less hostile aspect, these agents also engage in espionage operations and information gathering for the intelligence service and the prosecutors of Section Statera at Bureau Aegis. The Razors can boast being able to infiltrate and compromise any security detail with absolute ease.

This is largely due to their outstanding skill with stealth, but also thanks to their advanced technological equipment. Their battle suits are made of a mimetic fabric with adaptive properties, and are capable of inhibiting thermal and biometric signals. However, although secrecy and discretion are the main modus operandi of this unit, they are still ruthless and implacable when necessary. In those scenarios, the Razors strike hard and vanish into the shadows without a trace, as if they had never been there. Of course, that’s precisely what happened: they were never there; Bureau Aegis will never admit that they may have been there. And if anything went wrong, the only thing the enemy would have is the body of an agent who was actually officially already long dead. And of course, dead guys cannot work for anybody, much less for O-12.[1]

Worn by soldiers of the Razor Reconnaissance Units, these suits are more classified than the soldiers who wear them, a fact that gains context when you consider that the Razors don’t officially exist. Razors are the most elite agents, highly decorated and carefully selected from Bureaus Aegis and Noir. Many Razor agents are officially deceased, but whether they are former special forces or ex-Noir undercover agents, the one thing they all have in common is a scarily high level of aptitude and training. Perfected to manage any deniable black-ops from manhunts to assassinations, the Razors are a myth and a terrifying reality rolled into one. To aid their missions, O-12 engineers redeveloped much of the technology used to minimise the thermal signature and distinctive outlines of powered armour. The outer layer of the Razor suit operates like standard Thermo Optical Camouflage, completely concealing any thermal or biometric signature. The suit is also designed to have mimetic properties, and can imitate the biometrics and heat signatures of a range of pre-programmed alternatives, including larger-bodied humans down to small children and even Shasvastii, Morat, and Tohaa. A visual examination of the wearer won’t indicate anything out of the ordinary, but a biometric or thermal scan will appear to show something else entirely — a neat trick that can cause an electronic observer to ignore them or explode into panic mode. The suit is also capable of flexing, changing the body shape and outline of the wearer by up to 10% to assist in infiltration, exfiltration, and to avoid identification. This flex technology has shown to be surprisingly useful for something that started as novel experiments on the shock gel used to keep power armour joints from breaking under pressure! 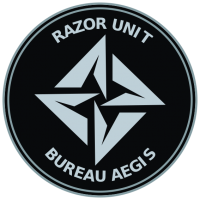 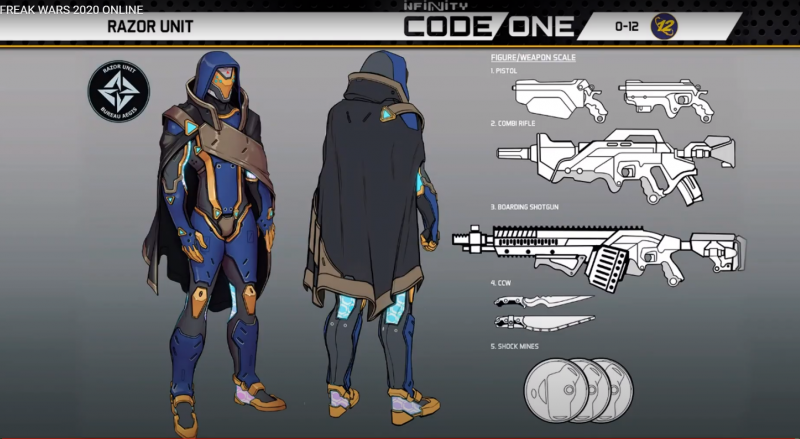 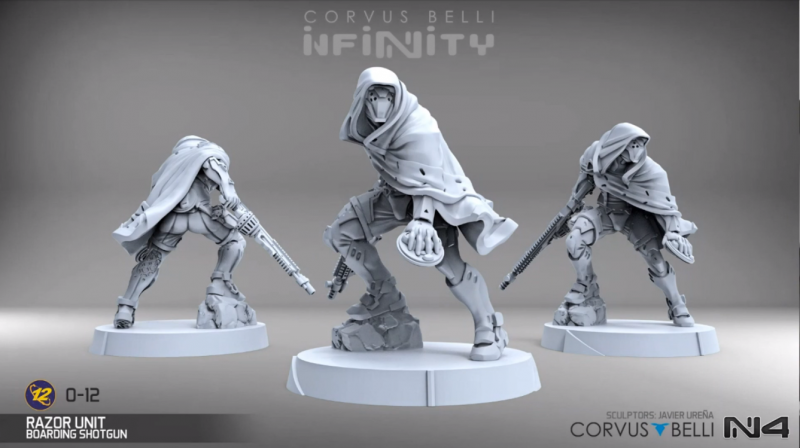 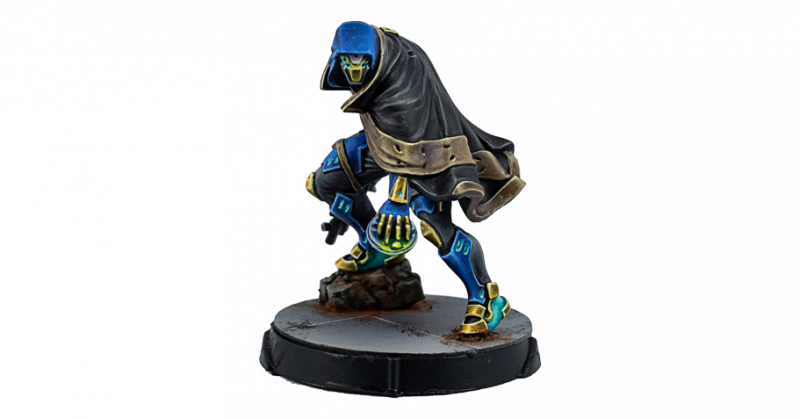