Everything is doomed to become obsolete, both sentient beings and inanimate objects, intelligent creatures as well as the lower animals. This is what happened to the dinosaurs, the Neanderthals, the gramophone, and to hundreds of thousands of products invented by humans. So why would Parvati think it would be any different with her? Well, maybe because she is a natural-born survivor. If there is one thing that characterizes her, it’s her ability to adapt. Her life and her career began in Yajurveda, the predecessor of Aristeia!

She was merely one of the many artificial fighters filling the arenas of that bloodless spectacle, where no organic being’s life was in danger. When the audience realized that everything was more exciting with real humans, bringing forth those homicidal instincts so typical of them, and with the prospect of real on-the-spot death, Yajurveda and all its fighters were doomed to oblivion—though not really all of them. Parvati knew how to market herself as the representative of ALEPH and of all her fellow Aspects at the service of the AI and of humankind. She would become the biosynthetic and artificial counterpoint to human fighters, and she would act as part of the public relations machinery of the Administration for the Institutional Image of the Special Situations Section of ALEPH. She was given a support role to assist her team members, becoming a protective mother for them. Her role was to be discreet, a resemblance of what ALEPH and its Aspects represent in Sphere society, since they are always there to help us, but in the background, without stealing humanity’s spotlight.

However, Parvati was able to go one step further and become a star of Aristeia!, perhaps not one of the brightest, but always in the Top 10 of the international ranking. In her role as a support player, she was invaluable and all the big teams wanted her, so she was always in all the photos. The media kept praising her contribution to the victories of the winning teams, so her fan base never waned. Furthermore, her fans loved the fact that her physical appearance changed radically from one season to the next, thanks to the endless supply of biosynthetic bodies provided by the SSS.

However, as brilliant as she was, her supporting role made her more susceptible to burnout, as new fighters appeared in the HexaDome each passing day, younger and more in tune with new audience profiles. Thus, after almost ten years at the top, Parvati began to experience a gradual decline in her popularity. Faced with the prospect of a slow and agonizing career death, seeing that she was getting fewer and fewer contracts in the big leagues, she accepted the proposal that her managers in the Administration for the Institutional Image made to her: signing a contract with TransEtherea for a series of fights in the Circle League, the HexaDome circuit of the Circulars. The Circle League is the classic closed league full of has-beens and underdogs often referred to as “The Scrapheap.” But despite the cruelty of this moniker, this league is just as lucrative and promotionally attractive, as it’s one of the great amusements for escaping the monotony of space travel. Thus a Circular’s HexaDome is packed for every combat, both physically and virtually.

Thinking of it as a break in her career that would allow her to come back stronger in the future, Parvati signed and packed her things. However, just before boarding a top priority call summoned her to a high-encryption virtual meeting room. As her body went through the boarding terminal in autonomous activity mode, her mind met a High Functionary of the SSS, whose name was automatically erased from her memory after checking his credentials.

On behalf of ALEPH, this Aspect informed her that her contract was merely a cover for a secret joint operation between the SSS Operations Subsection and Bureau Aegis. Intelligence reports pointed to the very real threat of Shasvastii infiltrating the network of Circulars, which they would use as a means to smuggle their operatives and resources into the Human Sphere. Considering the likelihood that an overt action would cause the ISC: PARVATI, CIRCLE LEAGUE STAR Shasvastii to go into hiding or flee before their entire network was dismantled—and that this information could unleash panic among the citizens of the Sphere—an undercover intervention was favored. Parvati accepted immediately; after that incident in Aristeia!, she was fully aware of the true dimension of the Shasvastii infiltration threat.

Her role in this operation would be to act as a high-level tactical reinforcement with the same profile she had in Aristeia!, supporting Starmada’s security forces, as well as hunting down their enemies, with the Circulars as her new HexaDome. The only difference is that now every battle will always be life-or-death, but ALEPH’s tactical Aspects like her are very difficult to kill, so she is certain that it will be her opponents who will do all the dying. This doesn’t mean that real death is impossible—the whole Sphere still mourns the death of Odysseus—but a true star of Aristeia! is not afraid of a challenge. So, once again, standing before the abyss of obsolescence, Parvati has known to take risks, reinvent herself, and find a way to remain on the top, right where she can make a difference. And even though she works in the shadows now, she can still hear the crowds cheering her name and making it echo in the HexaDome and all over Maya. The only thing that troubles her and makes her feel a little uncomfortable is that the executable file the High Functionary asked her to save in her operating system. It’s an externally activated executable, whose purpose is unknown to her, with a security-access level above her own, and which she is incapable of talking to anyone about...[1]

A true Aristeia! star is not afraid of a challenge. So, once again, standing before the abyss of obsolescence, Parvati knows how to take risks, reinvent herself, and find a way to remain on the top, right where she can make a difference.[2]

She's indefatigably, maximally devoted to her team. If there is a limit to her capacity for self-improvement, we have yet to see a sign of it. She will heal, repair, assess, fight, and even score if necessary. Parvati performs all her roles so dependably that she's been a staple of the Interplanetary Aristeia! Team Managers Association's All-Star team for twenty years straight, and still going strong.[3]

PARVATI | MADE FOR THE HEXADOME

Parvati is a permanent memento for the early days of Aristeia!, when only synthetic bodies were allowed to fight.

It’s been twenty-five years since the first Aristeia! cast. Back then, it was called Yajurveda, and was conceived as gladiatorial combat between Aspects of ALEPH—among them, our beloved Parvati—wearing otherworldly synth bods. The show had been running for four years when its first ever human contender rose to the top. The audience fell in love with her fierceness and physicality, so much so that the channel was emboldened to pivot towards meat-on-meat fighting and slowly phase the machines out.

Today, only Parvati remains as a vestige of those first runs, her claim to fame unchallenged. Parvati’s learning module was programmed by ALEPH with a focus on teamwork and field medicine, and with successive iterations she has become a veritable staple of the game. Naturally, Parvati is supremely effective at patching her teammates up in a rush, but what garnered her a spot among the all-time Bahadurs is her ability to do that while still scoring and taking out the competition. She’s known to be a second wind that can carry even the most disastrous game to victory.

Each year, Parvati has regaled us with a specially-designed casing to suit that season’s overarching theme. Last season’s HexaDomes recreated the untamed mountains of Ariadna and Parvati flaunted the look of a rugged frontierswoman. This time she’s chosen retro stylings to take us back to her debut, updating that classic design but reminding her fans that deep down she’s a highly sophisticated android.

After so many years in the spotlight, Parvati is a bona fide international celebrity, recognized for her work both inside the HexaDome and outside. With her learning module always collating and processing every game and every fight, only one question remains:

Is there a ceiling to Parvati’s evolution?[4]

Parvati belongs to the first generation of synthetic fighters, brought to life by Aspects of the AI ALEPH and created for Yajurveda, the program that would ten years later become Aristeia!

The advent of human competitors in Aristeia! was an unexpected success that marked the evolution of this sports spectacle. In the eighth season the star-system solidified with Purple Chimerae, who sky-rocketed the spectator share and profits for image rights. Little by little the synthetics were removed from competition, they were more efficient, true, but also a lot more predictable and boring in the emotional aspect.

In its tenth season Yajurveda becomes Aristeia! And it is in that moment that the ‘Solo’ ‘Team’ and ‘Open’ categories appear. The crowd goes mad with the new characters that start appearing after Purple Chimerae. The synthetics are not capable of recreating the level of improvisation that a human being under stress can perform, not only inside the HexaDome, but especially outside. In just two seasons they completely disappear from the spectacle.

All… except for Parvati. In the deepest parts of her cognitive system, something changed and gave her the ability to adapt through the analysis of her own experience. Parvati has evolved through fifteen seasons and has exceeded her initial role as a paramedic to become the wild card in any team composition. She has acquired a wide repertoire of skills, mid-range shooter, she is faster–which allows her to become a scorer–; and has learnt to fiddle with the HexaDome’s software, generating countermeasures to defend herself and her team mates from aggressive programs created by hackers such as hEXx3r.

Parvati has changed her look in every season since the eleventh, as a publicity stunt by Vissiorama, the network that broadcasts Aristeia! If the season’s theme is set in the Caledonian Highlands she will be dressed as a hardy highlander. In this season, the twenty fifth, she shows her original design in a clear nod to the most faithful spectators.

In Hindu religion, the goddess Parvati has two aspects: the goddesses Durgā and Kālī. The first one symbolizes the mother’s love, while the other represents violent justice. In Aristeia! Parvati keeps the same duality: on one hand she protects others, and on the other hand she punishes her team’s rivals.[5] 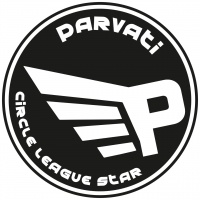 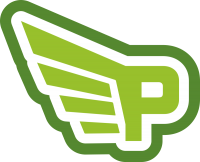 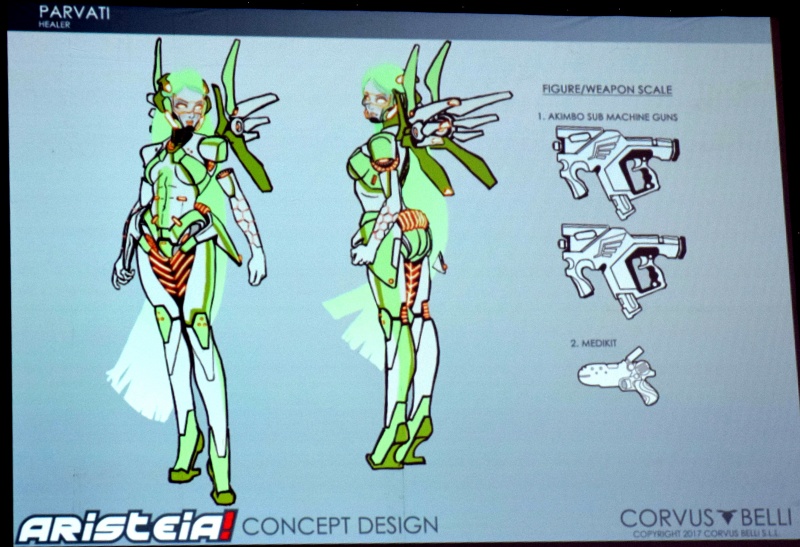 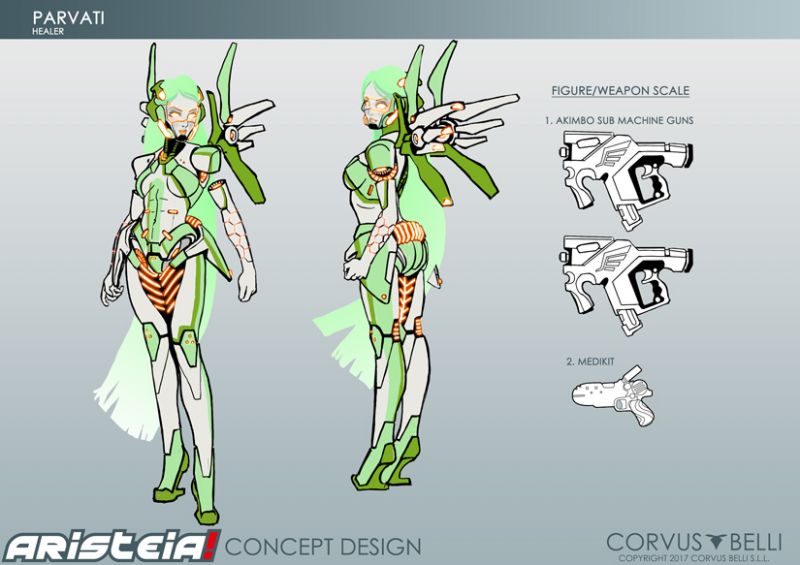 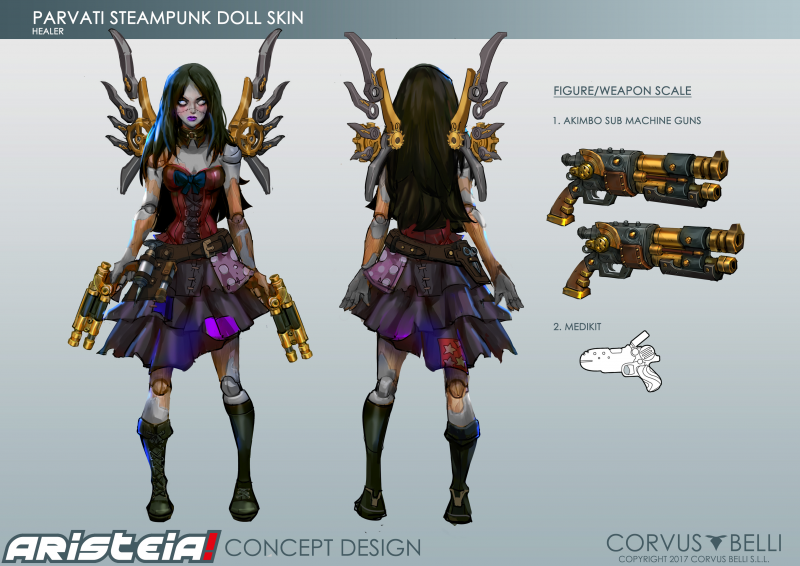 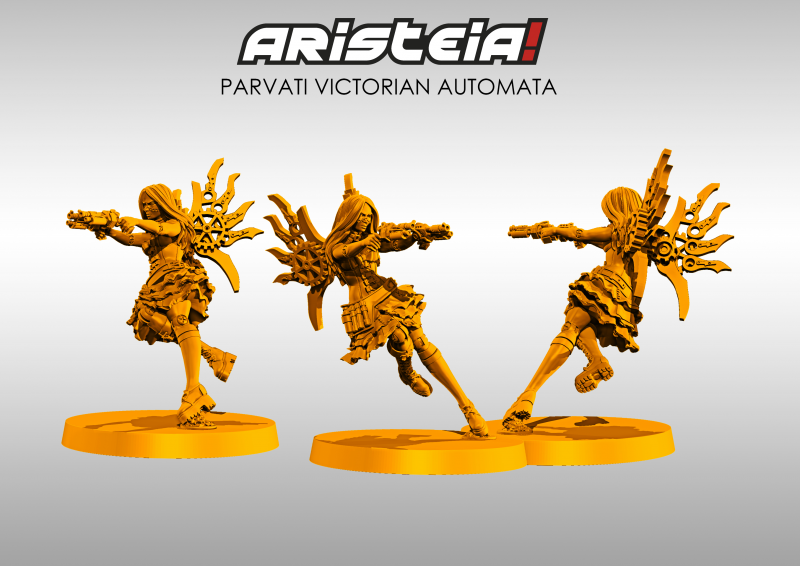 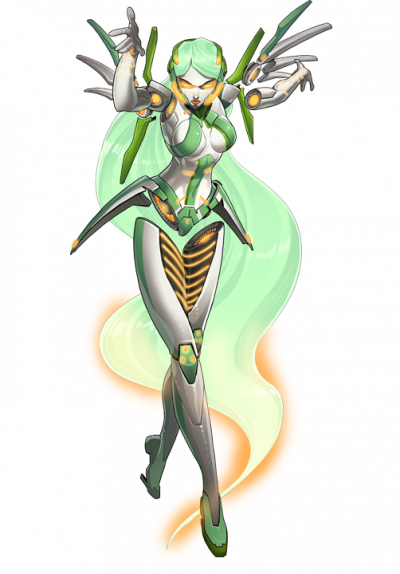 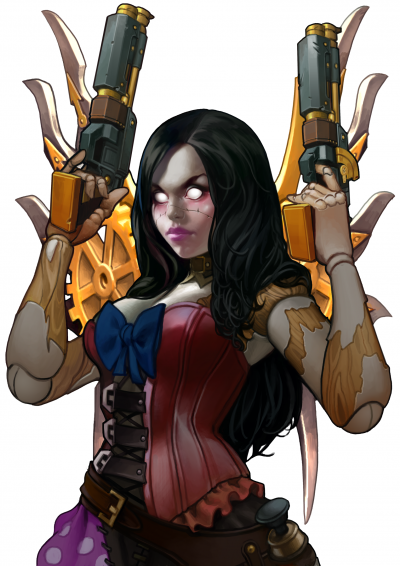 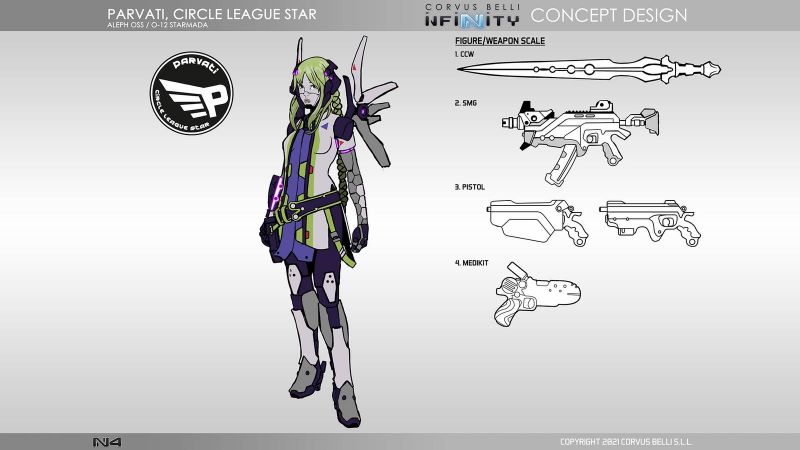 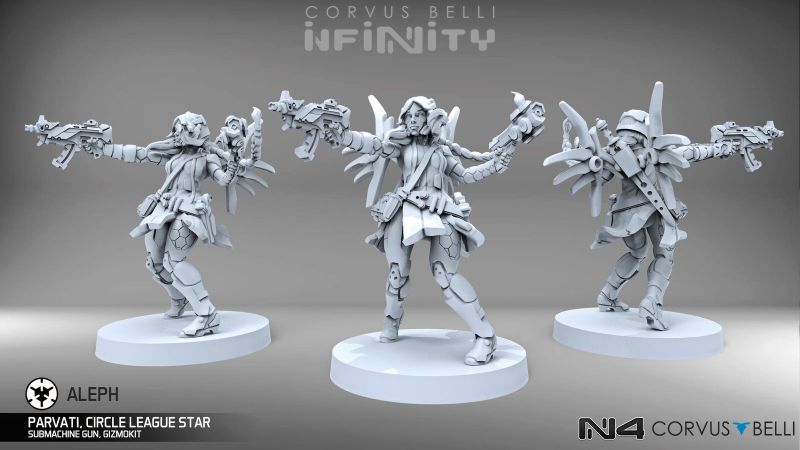 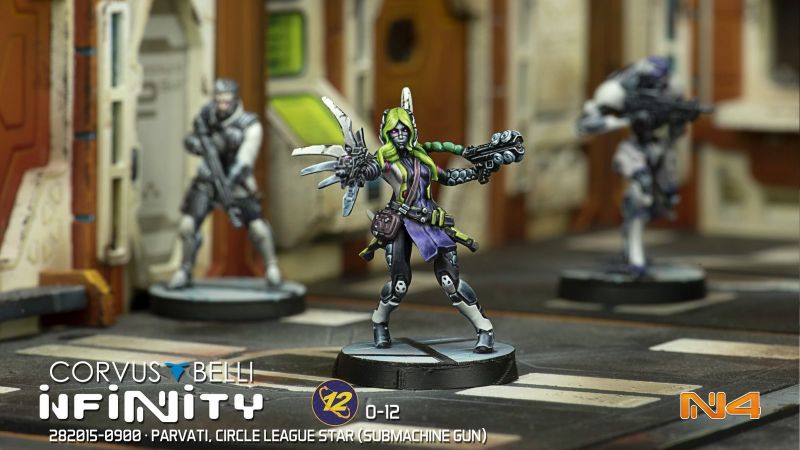 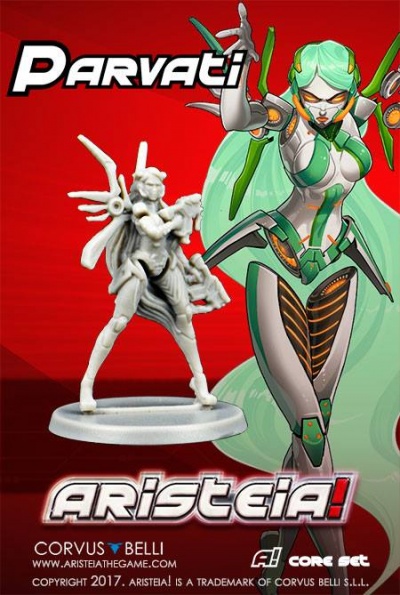 "Parvati’s style changes every season. In the Core Box her design is retro; it is the overhaul of the one she wore twenty-five years ago, at her debut in Aristeia!"

Parvati has been in Aristeia! since the beginning of the show. She is programmed to protect her teammates, and with every year of experience she has specialized to become an irreplaceable element in the HexaDome for many sponsors. Even though Parvati is very effective at healing her teammates in combat, she is also good when it comes to scoring, killing, or most of all giving someone an extra chance when it is needed. 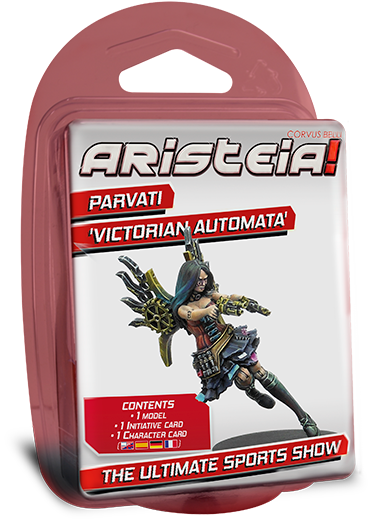 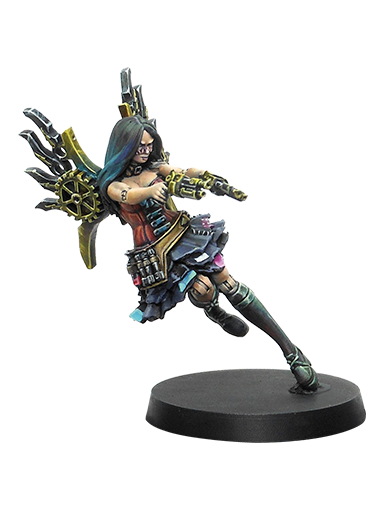 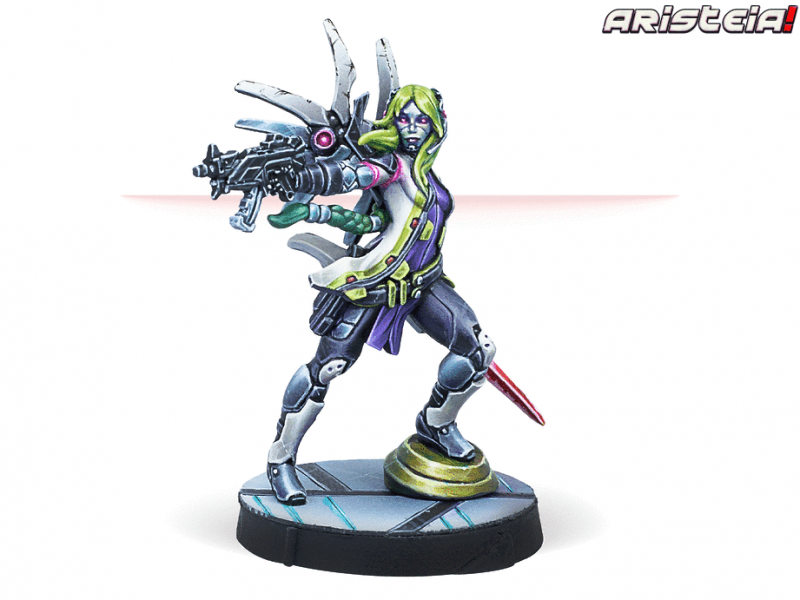 Included in the ITS Season 12: Breakdown and AGL: Parvati Edition.