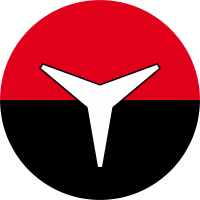 The Nomads consist of three enormous ships whose inhabitants, discontented with a society controlled by huge macroeconomic blocks and by A.I., have separated themselves from it and roam through space, trading from system to system. Tunguska is dedicated to the traffic and storage of information. Corregidor offers skilled labour at a good price, while Bakunin trades in all that is exotic and illegal in whatever area, from fashion to nano-engineering.

Nomads are those who, for a variety of reasons, have shunned planetary society, both philosophically and physically, by taking up residence in one of the enormous space vessels that roam the Sphere. Each Nomad citizen has his or her own motives for choosing a form of exile in a specific Nomad mothership. Profit, idealism, cynicism… Most Nomads don’t really need a specific reason; they are just weird like that. As a group, Nomads are rebellious and antagonistic towards the powers that be, the governments and lobbies of the Sphere. More than anything else, they reject the influence of the AI ALEPH, which they consider the ultimate expression of submission to The Establishment. As such, theirs is a truly alternative lifestyle. To the rest of the Human Sphere, Nomads are a bunch of outcasts, oddballs, and anarchists.

Their image as outsiders is reinforced by the relentless propaganda campaign of the mass media, paid for and incentivized by their powerful adversaries to discredit their political discourse. The gigantic Nomad ships traverse trade routes endlessly, attaching themselves to Circulars in order to make inter-system jumps. Confined to their motherships, Nomads visit all the star systems of the Human Sphere, offering their services to all interested parties, but limiting the extent of their non-commercial interactions.

Nomads are an affordable alternative to conventional corporations in a variety of fields, and particularly renowned for their distinctive confidentiality. In addition, some of their most sought-after services have little reputable competition: safe traffic of currencies and data, specialized labor with experience in Zero-G and EVA (ExtraVehicular Activity) jobs, or a number of activities and products that would be illegal on most planets. The core of the Nomad Nation is formed by three enormous flagships: Tunguska, Corregidor, and Bakunin.

Each of these has its own idiosyncratic style and culture, and each endeavor to fulfill a different role using its own specialties and quirks. In addition to these three behemoths, numerous smaller craft considers themselves part of the Nomad Nation, and travel from the motherships to all points of the Sphere peddling the merchandise and services Nomads are known for, from aboveboard transport of goods to shady outsource work for mysterious parties. Nomads build transient space structures, known as work orbitals, for specific gigs, but some of these outlive their original purpose and become proper permanent orbitals. Some of these are big enough to accommodate sizeable numbers, even if mostly comprised of a floating population—no pun intended—of Nomad passers-by.

Tunguska is the home of secrets, a strongbox adrift in space, a cupboard for all skeletons, a truly dark place… in every sense of the word.

A place where anything can be found: any specialty, any skill, any ideology, any conceivable perversion. Bakunin tolerates almost anything, as long as it remains within its appointed module.

The ship’s prison past that is always at the forefront of the minds of its citizens, a point of pride for the toughest bastards in the galaxy.

Compared to the other great powers, the Nomad Nation has a much lower population that precludes an extensive army. However, their status as wandering vagrants of the depths of space forces them to maintain a vigilant military force capable of defending their vessels and interests. It is a joint effort: Tunguska contributes financing, Bakunin state-of-the-art technology, and Corregidor seasoned professionals. The Nomad Military Force is a compact force with an extreme level of preparation and excellent equipment, particularly with regard to its special operations units, reviled and admired by the militaries of every other nation in the Sphere. 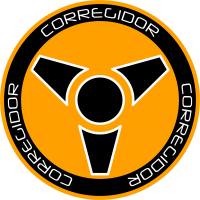 Foreign analysts are usually surprised by the lack of close order discipline and military ceremony shown by Corregidor forces, although they also indicate that Corregidor troops usually display martial skills superior to that of other powers’ regular troops. Each soldier is an expert in the essential principles of their military specialty, which they execute with rigorous self-discipline and surprising efficiency. Therefore, it’s not strange to hear those same analysts say that Corregidor has the toughest, most reliable, aggressive and tireless troops in the Sphere. This is because they are the outcasts. They are the guys of mud-rain-cold-and-void. The ones where “no-matter-the-shit-that-rains-on-us-we’ll-stand-fast”. The ones without glamour and hyper-sophisticated resources, but without whom wars are not won, be it working for their country or for those who can pay them. 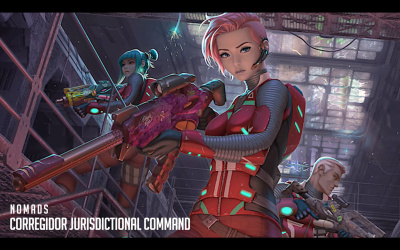 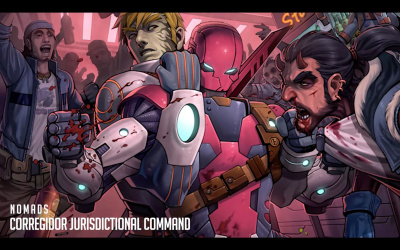 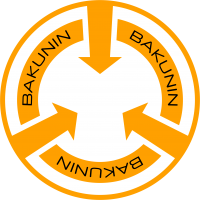 The Jurisdictional Command of Bakunin it is based around self-defense, covert incursion into enemy territory, and limited clandestine activities, applying some of the revolutionary, and often illegal, Praxis developments.

The backbone of Bakunin’s army is the Moderator Corps, an independent police force with paramilitary training and which has some sections with operative profiles extending beyond the sphere of law and order. The Corps has been involved in so many counterterrorist and paramilitary operations that its inclusion as a special forces combat unit is more than justified.

Infiltration missions are the responsibility of the Special Operations Command, which has a section for surveillance and information gathering (Of which Zeros are its finest exponents).

The fist of the Bakunin command is formed by the Observance, with its cyber-warfare experts, its strict discipline and its obsession for the fight against ALEPH. On the other hand, the armored force of Bakunin’s military section is the direct responsibility of Praxis’s technomants, with their innovative technological recipes, who practice their particular magic on everything that falls into their hands, optimizing what anybody else would have considered obsolete. 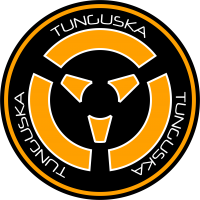 Tunguska is a strongbox full of data, money, and secrets that sails through space. Ruled by Mafias, directed by banks and controlled by hackers, the military force of this mothership combines the implacability, resources and technology needed to keep it safe. The best hackers and crackers of the Human Sphere are found in Tunguska.

Tunguska is a fiscal paradise founded by mafia groups, bank entities, and hackers, where money is the law and greed a virtue. Managed as a corporation, directed as a bank, and administrated by a den of hackers, Tunguska is a place in which crime has won and taken power. And a relentless society formed solely by predators needs a security force even more relentless to keep the peace in order for business to work and money to keep flowing. This mothership is the true engine of the Nomad Nation and their undisputed leader, a ship that bases its existence on privacy and secrets, needed in order to keep both finances and freedom within the Human Sphere. The image of Tunguska is one of grim individuals with shades and cold smiles, professionals that know the price of everything and are ready to charge it to anyone—but never in a personal way, because in this ship, everything is strictly business.