Don’t let their voluptuous bodies and lecherous eyes fool you: the Nazarova twins promise many good things, but pursuing them will get you in worse trouble than it’s worth. They can make a man lose his head, literally!

This pair of beautiful harpies, Zamira and Zuleyka, are ambition incarnate in two gorgeous bodies. Walking deadly snares for the male population. They can tug anyone’s strings for their own purposes, which is how they climbed the hierarchy of the Gabqar Kyrgyz mob in the first place: seducing powerful men and kicking ass along the way. Yes, they may not look it, but they are tough as nails. They had to be, if they wanted to make something of themselves. It’s just what happens if you were raised in a series of biker bars.

The mother of the twins had been a victim of the gene bomb planted by the Kazdhan Rudeboys gang during the Red Spring fights, genetically altered so she could only have daughters. This was a pretty bad deal in the macho society of the Tien Shan gangs. As her firstborn, Zamira and Zuleyka had to fight all other kids to defend their little sisters, but as they grew up they realized there was a simpler way to get the upper hand on their opponents, particularly men. Up in Gabqar you are no one unless you have a good pair of wheels and a bunch of tough friends who’ve got your back. The Nazarova twins could’ve easily gotten themselves a bike and some badass thug to look after them. As it turned out, riding pillion for some nameless biker was not their idea of success. The girls had their sights set a lot higher than that. They wanted to call the shots in a gang, in the biggest gang around, just like they call the shots in their dealings with men. So they seduced and kicked ass until they became the bodyguards and concubines of Radbuk Beg, leader of the Irfaz Satanists. Some say they brought about the guy’s death and the destruction of the Satanists at the hands of Izzat Beg, after he became infatuated with them.

And that is how the twins became the favorite concubines of big bad Izzat Beg, the greatest of the Kum chieftains, which was still not enough to sate the appetites of the Nazarova sisters. Izzat was an old dog, and apparently they had some difficulty teaching him new tricks, not like that idiot Radbuk. So, few who knew them well were surprised when Kasym Beg, Izzat’s foster child—a younger, more amenable version of his fierce father—mounted a takeover bid and made them his counsellors and lovers. It was a coup launched by a man’s arm, but planned by two women’s brains. But of course not one soul called them out on it, because whoever did would have had to go a round against them in the arena, and few can take them on their own terms. Now they are always behind Kasym Beg, watching his back on the road and whispering sweet nothings into his ears. Reigning from the shadows, which is how they want it. But now they’re so close to the throne, will these power-hungry twins settle for second fiddle? Or perhaps they still yearn for more?

Zamira and Zuleyka. Beauty and death. The twin consorts of the Kum Chieftan, Kasym Beg, are not only as stunning as they are deadly, they are also ambitious, bewitching, and savvy enough to know when to rely on their consort to settle an issue. The twins have survived a short but sultry life through a grim determination to prove their own mettle and a burning desire to ride the finest machines. Their rise to power began courtesy of a Kazdhan Rudeboy gene bomb that ensured their mother could only bear daughters. As the eldest siblings, Zamira and Zuleyka fought endless battles to protect their younger sisters. Honing their skills and fostering their infamy, the twins soon learnt that just as many conquests could be won with their other natural talents—their beauty and brazenness.

Their unbridled ambition soon snared them the attention of a powerful chieftain in the from of Radbuk Beg, though he was soon cast aside for the greatest prize of all: Izzat Beg. The chieftain of chieftains soon earned their ire, however, for he was old, wise, and unyielding. Where before their wiles and charm had always held sway, now they grew frustrated under Izzat’s immoveable will and sardonic chuckle. Following his death at the hands of his own foster son, Kasym Beg, they seem to have had the last laugh for now. Some say they now reign from the shadows, nibbling on his earlobe and guiding his leash. How long they’ll be satisfied keeping their dog on a rein is anyone’s guess.[1] 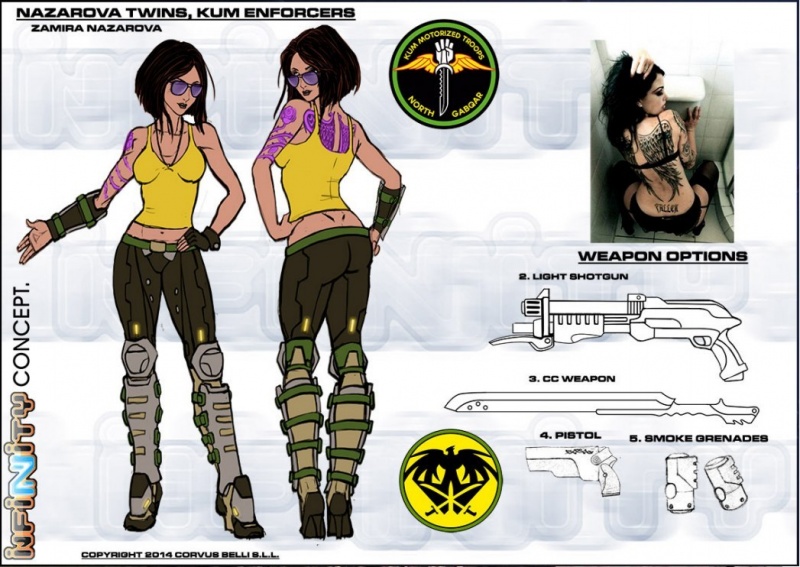 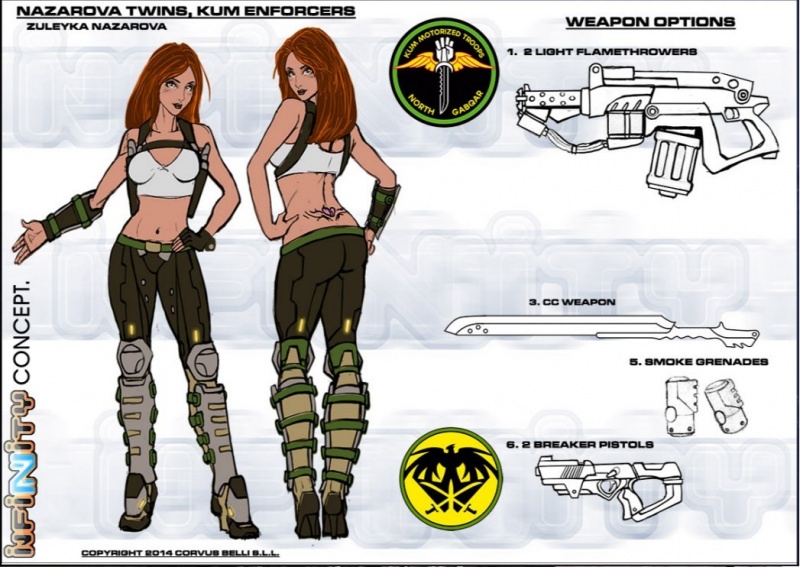