"In Hoc Signo Vinces" (With this symbol you will conquer). Motto of the Order of Montesa.

There came a moment in which the operative role of the Knights of Montesa was not enough to fill the needs of the service and combat feats of the Order, bent on glorifying God in Battle. The Knights of Montesa are famous for playing hard, they are stubborn, powerful and gallant. As mechanized infantry they had always been the bravest in battle and the first to be placed in danger, hence their evolution to turn into a motorized unit was the most obvious change. At first, only a handful of small teams received the roaring Boltacorp Impala, turning them into spearhead reconnaissance units, able to reach the enemy before anybody else.

The success of their operations in Eastern Syldavia, and their natural fit into joint operations with the Shock Army of Acontecimento and the rest of the Military Orders with a special mention by Joan of Arc, convinced the Grand Master of the Order and the High Command of the PanOceanian Military Complex that this should be the future of the unit’s operations. After the savage and cruel battle of Gerolstein in which most of the Order’s armored vehicles were destroyed or abandoned in the battlefield, the new Grand Master took the decision to completely change the role of the Montesa in battle. The lost vehicles would not be replaced and every Father-Officer that fought in the frontline and was not a TAG pilot would be given a Boltacorp Impala.

This was received with a great deal of enthusiasm which shortened the adaptation period and, in few weeks, the Cavaleiros of Montesa were in the frontline again, riding their swift mounts. As a motorized heavy unit, the Montesas are now where the action is, as it has always been the Order’s wish since its creation, for the greater Glory of God.

Knights of Montesa are famous for playing hard; they are stubborn, powerful, and valiant. The most courageous in battle and the first into danger. As heavy armored infantry, they will always be found where the action is.

This profile was introduced in N3. It supersedes and replaces the retired Knight of Montesa profile. 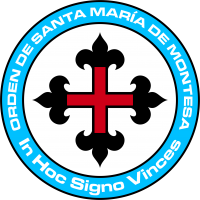 No general release miniature at this time.