Kamau means “Quiet Warrior” in the Kikuyu language (Kenya). These are the best troops in PanOceania’s Fast Intervention Division. Their headquarters are on Varuna, where they comprise the main body of the army. In order to operate in a mainly aquatic environment, such as that of Varuna, the Intervention Teams are experts in amphibious activities.

The Kamau have proved to be excellent soldiers both in and out of water, using highly specialized skills and abilities. Nowadays, they constitute the nucleus of “Blue Sea”, an antiterrorist program developed to confront the Libertos, rebel natives from Varuna. The Kamau role in “Blue Sea” includes taking offensive operations to prevent, stop and respond to terrorist activities and incidents. Thanks to their flexible broad spectrum training, the Kamau can function as a main force or as active support in circumstances of interagency cooperation. It is well known that the Kamau Amphibious Intervention Teams are one of the few PanOceanian units that possess total authorization to take preventative actions against terrorist groups and locations. In addition to all this, they are great surfers.

While a vast majority of the power armours developed by corporations throughout the Human Sphere are designed to excel in general applications, spin off technologies integrated into smaller suits for specific purposes allow these technologies to refine in unexpected ways. There are few places in the Human Sphere where this is more needed than on the water world of Varuna. Varuna, home to the Helots, is also home to the domestic terrorist organisation known as Libertos. The Helots of Libertos, intent on eschewing the benefits offered by patriation with PanOceania, instead seek to wreak destruction, and undermine, through terrorist activities, any efforts at a peaceful union of the Helots with PanOceania. As an aquatic species, all attempts to deal with the Libertos is immediately placed at a disadvantage. While TAGs like the Cutter series are able to extend significant firepower where needed, a smaller, more clandestine, or deft touch is often required. Enter the Kamau Amphibious Intervention Teams, the core of the Fast Intervention Division, and lead unit in the Blue Sea anti-terror operations on Varuna.

In order to execute their duties, and confront the Libertos threat head on, a new variety of armour was required, one that offered a level of protection from aggressive action, but more importantly, allowed the soldiers of the Kamau Intervention Teams to take the war to the enemy. Kamau Aquatic Armour was the winning tender, designed by Moto.Tronica, who had learned much from their Cutter TAGs, and in concert with ScubaTechnics, a Varuna-based corporation, it answered all the questions posed by executing a war against the Libertos and more.

Light and with an excellent biotechnological shield, the Kamau Aquatic Armour is particularly special due to the adaptations created for operations in and under the waves of Varuna. With an inbuilt and cleverly designed swim-bladder that is sandwiched between layers at the rear of the armour, the oxygen filters, which can pull breathable air from the water like gills, can flood this layer with air or water allowing a soldier to float or sink with significant control. Added to this are powerful jets positioned at the front and on the backpack, allowing the Kamau speed and agility under the water. The Kamau Aquatic Armour is a standout design and has allowed the Kamau Intervention Teams to make significant progress in dealing with the threat of the Libertos terrorist organisation. 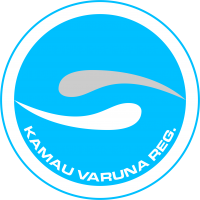 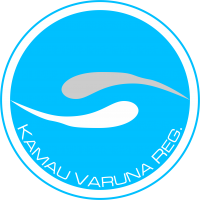 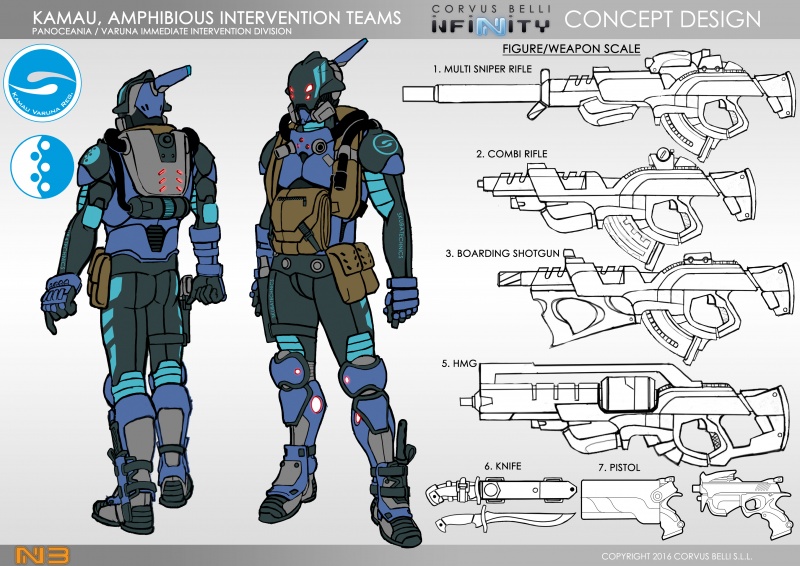 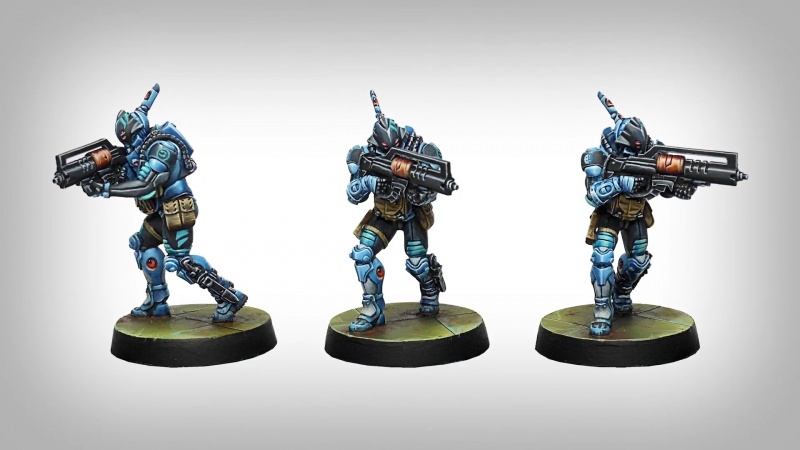 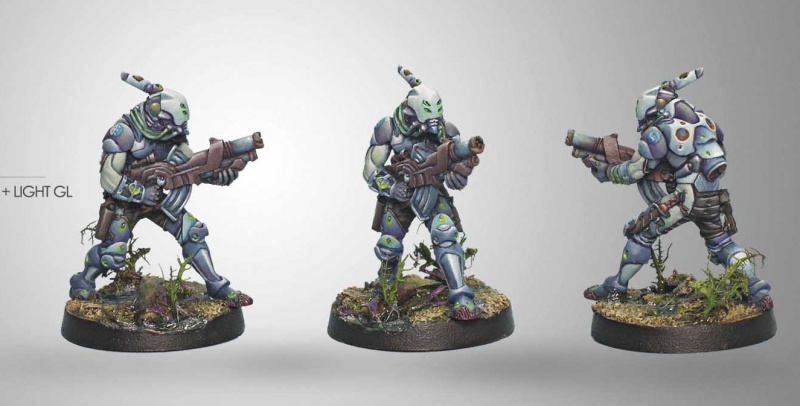 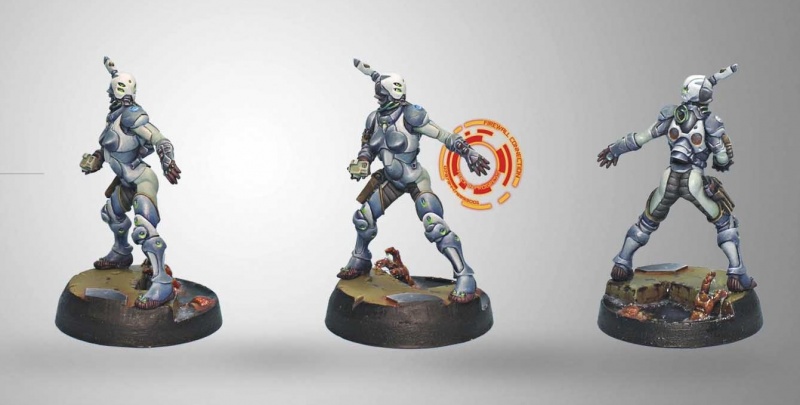