Hippolyta, queen of the Amazons, is a recreation made by ALEPH for one of the most successful series the Oxyd channel has to offer: Myrmidon Wars. The notoriety of this Amazon warrior reached such heights that Oxyd’s executives didn’t want to let her go to waste, taking her beyond the holoscreens and into the arenas of Aristeia!

"Can the storm hold its breath? Can the skies tremble for anything other than the thunder? Hippolyta is the answer: wielding her sword high amidst the chaos, wearing a bright smile and instilling fear into Death itself.”

“Hippolyta is an unstoppable force that transports us all into the thick of the action!”

These were the thundering words under which Hippolyta made her triumphant entrance in the HexaDome the day she was presented, though in truth, this Amazon warrior was already a well-known celebrity.

Taking a Myrmidon officer whose meteoric career was about to make her a Homeridae (ALEPH’s elite troops on the Paradiso front) as a template, Oxyd network creative team came with Hippolyta, a new female character for Myrmidon Wars: The Animated Series. The goal was to attract the young female demographic with the intent of making Hippolyta an inspiring character. Hippolyta was supposed to be a hero that young women could identify with.

And so it was! Hippolyta’s role became dominant in the series, with a leader’s profile that rivaled Hector and Achilles’ - gaining prominence one episode after the other. The notoriety of this Amazon warrior rose to such heights that Oxyd’s executives didn’t want to let her go to waste, taking her beyond the holoscreens and into the arena of Aristeia!

With a colossal body, reminiscent of her Mayaseries counterpart and far from the actual tactically compact model she’d sport on the Paradiso front, the once Myrmidon officer renamed Hippolyta has made herself a place in the Olympus of Aristeia!’s fighters with her unmatched style - demonstrating charisma on the battlefield and leadership skills rivaling those of mythology’s best characters.

Both in the series and in HexaDome, Hippolyta is a warrior who is ready to mete out violence and death for a greater good, but that also aids and rescues, with a powerful sense of morality: a true defender of the peace. Only killing when she can’t wound, only wounding when she can’t subdue, only subduing when she can’t persuade, and never raising her fist without first attempting to extend a hand. Above all, she’s the hero that’s not afraid to be herself. With her, young girls learn that they can be strong and powerful, while keeping their femininity, and that strength doesn’t conflict with love or sensitivity. A powerful message that has had a massive impact on young women, making her into an icon for millions all across the Sphere - to the point that the Athena Bureau has requested that she’s named honorary O-12 ambassador, as a symbol of peace, justice, and equality. [1] 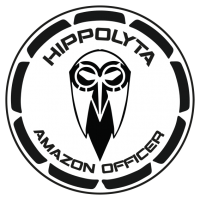 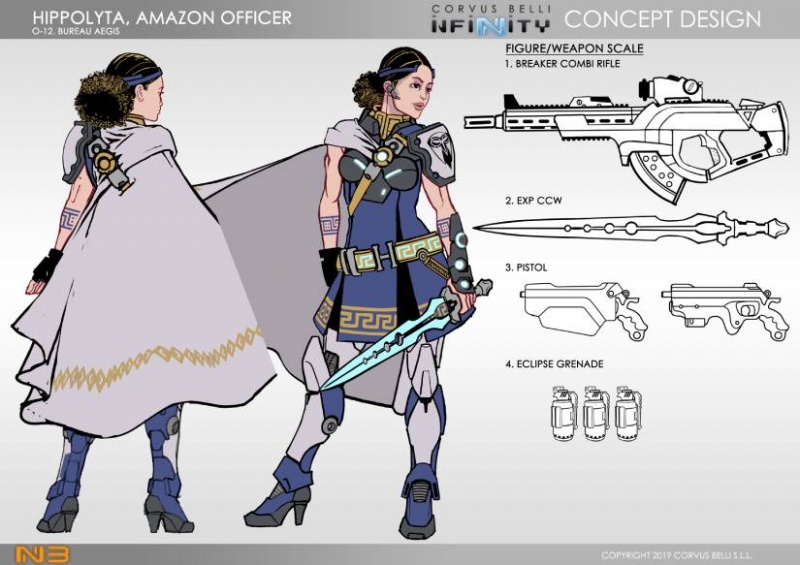 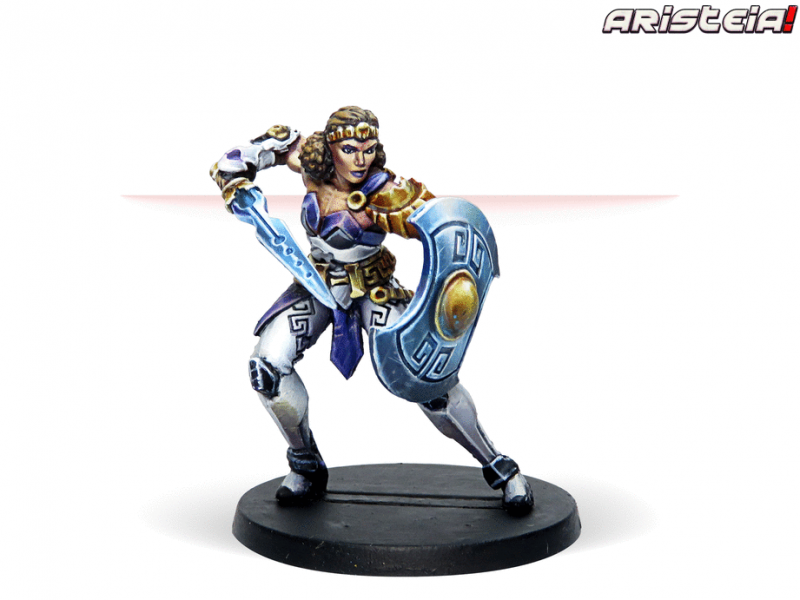 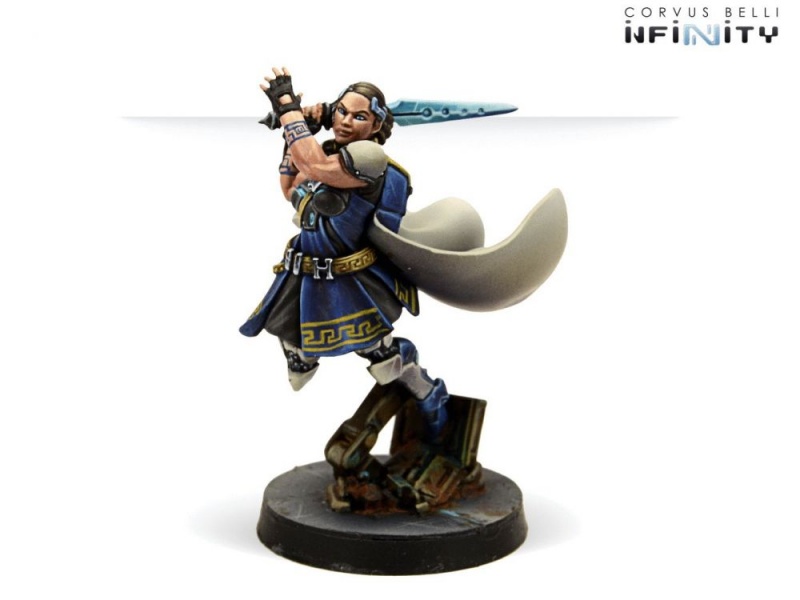 Pre-order copies of Operation: Wildfire contained the above miniature.