Diomedes (Διομήδης, Diomếdes meaning “Smart as a god” or “Advised by Zeus” in classical Greek). In Greek Mythology he was a great tactician, hero and king of Argos. He gained renown in the Trojan War where he victoriously fought Hector and Eneas, and he even wounded Aphrodite and Ares in combat. In the Iliad he is considered, along with Ajax, the bravest among all Greeks next to Achilles, but even so, he never succumbed to hubris, or disproportionate pride. Diomedes founded several cities and was venerated as a god.

Notes of Thamyris the Aoidos for the S.S.S. Information Service. “Diomedes, the exemplary hero, the model to be followed by all of us. A man trapped by the responsibility of the iconic role he has been assigned.”

Diomedes is not a Recreation, but an Ekdromoi officer who achieved glory and received the name of a great mythological hero in recognition of his triumphs. Diomedes is another of those total successes of the random trait combination in ALEPH’s Aspect generator. However, as with many of those successes, it has been impossible to replicate, because a hero is much more than just a handful of skills and character traits. A hero is a man built also by events and his friends and enemies. And in the case of Diomedes, all are the greatest that exist in the Human Sphere.

If Achilles is the great charismatic hero driven by terrible explosions of passion, the one who thousands of men would follow unto the very pits of Hades, Diomedes is the humble hero, as great as his friend, but more discreet and judicious. While capable of the greatest deeds and of facing the worst dangers, he lacks the impulsiveness so characteristic of the Assault Subsection heroes, that character of fundamental recklessness. Diomedes is more reflective, planning his actions to the smallest detail to ensure the success of his mission and the safety of his men in operations where return is always improbable.

Diomedes is the hero that ALEPH can’t do without and the one it always brings back. A specialist in critical operations, Diomedes is, along with his Ekdromoi, one of the pillars of success for any strategy of the AI. Sent to the most dangerous operations, always in the middle of action or behind enemy lines, Diomedes knows how to carry out a mission. However, in battle, to finish victorious does not always mean to come out alive, and this hero has more than once paid the highest price for his triumphs.

Diomedes has been resurrected on many occasions to continue his duty to ALEPH, his men and the Human Sphere. However, it has not always has been possible to recover his Cube. On such occasions it is a previously stored back-up version, prior to his mission, which comes back to life. This makes Diomedes an amnesiac hero, unable to remember his last great triumph, as well as his own glorious death. A hero who doesn’t know how he has achieved victory and who therefore hasn’t been able to learn from it, as it is experience that distinguishes veterans. Diomedes is a hero that, in the depths of his clear glaze, hides the most intense fears of not knowing what went wrong on such occasions. A hero who knows he is not as perfect as everybody tells him he is and who fears to repeat a mistake he can’t recall. A mistake that, committed again, could compromise his mission and the lives of the men under his command… and who knows, maybe even the destiny of the Human Sphere itself. But Diomedes does not let himself be dragged down by these dark thoughts. With his amazing ability to triumph, and conscious of his responsibilities, he always assumes his duty and accepts his destiny as an eternal champion and constant example to all of us. 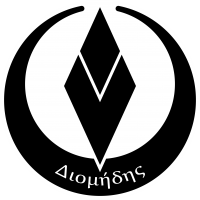 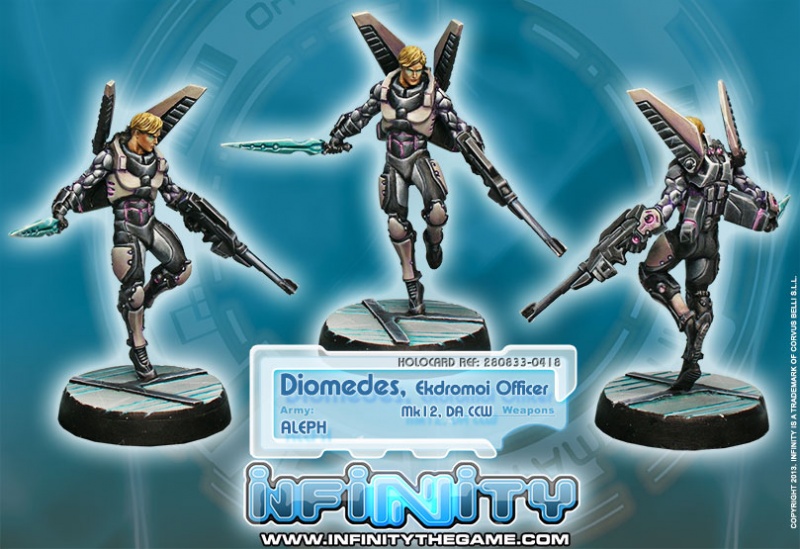