A group of heroes has been commissioned up by the human nations to stop an imminent offensive by the Combined Army. Embarked in the Defiance, the heroes of the Human Sphere must fight against an alien invader in a suicide mission with the sole objective of saving humanity.

Infinity Defiance is a dungeon crawler with high quality metal miniatures that are compatible with Infinity. A new cooperative game by Corvus Belli that will debut on Kickstarter in Fall 2019.

Contains 4 exclusive miniatures only with the Platinum Pledge level:

These adapters allow miniatures on a 40mm base to adapt to Defiance's hex map. It accounts for the LOF markers included on later CB-produced bases. 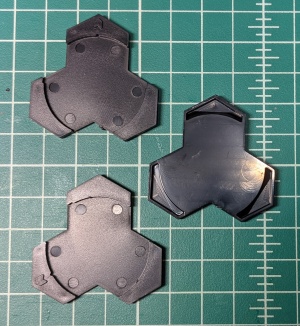 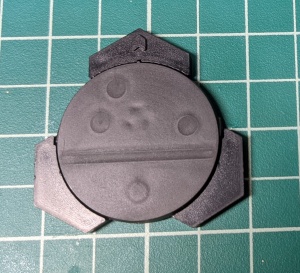 Note, the 40mm base in the above picture is included for exemplary purposes. The bases included with Defiance do not have the LOF markings.

The below minis will be included in all Platinum level pledges. 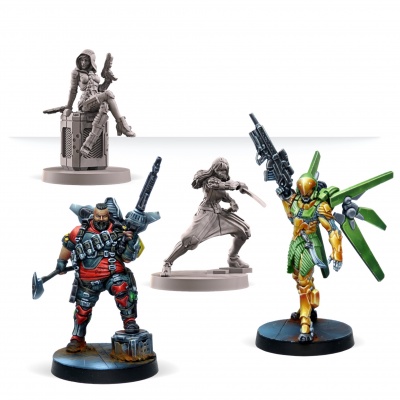