The Asawira Regiment is a formidable attack force in the service of Haqqislam. A small group chosen from among them comprises the personal guard of the Shah. The remainder act as elite heavy troops and are one of the tools that keep the Hassassin sect under the supervision of the Haqqislamite High Command.

They are equipped with the finest light powered armor on the market, provided with aiming and target acquisition devices and with the most efficient automedic systems. But beyond their equipment, the Asawira are a select unit, expert and very well trained. They fulfill all kinds of combat missions, be they aggressive or defensive ones. Their members are recruited from the Alamut region, where the climate and environment are so harsh that, without specialized medical attention, 70% of children would die before reaching adolescence. The Asawira are tough, arrogant, confident and brave men; a real race of warriors. Their military training emphasizes tenacity in attacks and a disdain for self-preservation. As an elite corps, they do not let themselves be killed any old way. They die as their reputation dictates and the expectation is it will not be until they have drawn rivers of enemy blood. Their skill as warriors cannot be compared with that of other elite units because they are, simply, superior to all of them. The word is that an Asawira can face in close combat any three expert fighters of the Human Sphere and he will come out victorious. Fighting and wining against superior numbers is the truest hallmark of the Asawira.

Recruited from the tribes of the inhospitable area of Alamut, Haqqislam’s elite shock troops are only sent to the worst situations. To the dismay of their enemies, they usually emerge victorious. In the rare situations where the Asawira are unable to complete an objective, they always ensure their enemy pays dearly. To augment their training and equipment, which also includes a lightweight powered armour for enhanced mobility, they receive a small suite of non-intrusive enhancements which includes an ability to heal grievous wounds. With the bulk of the unit in training or deployment, a select few Asawira remain stationed on Bourak as the bodyguard of the Shah. Members of the regiment also serve as command and control elements for Bahram sections operating in Joint Task Forces for the Haqqislamite High Command.[1]

Universally regarded as the best lightweight power armour on the market, the Siyah series is most famously linked with the Asawira Regiment. Solid and dependable, the Siyah series manages to accommodate some of the most advanced automedical systems present in any power armor. Containing top of the range environmental protection, advanced aiming and targeting systems, and an unbelievably capable biotechnological shield, the Siyah series is a triumph of engineering, design, and miniaturisation. It is the gold standard for light armour, and more than a few fallen Asawira soldiers have been recovered from the battlefield by black-ops teams from other nations and corporations, hoping to reverse engineer even a poor copy of the Siyah’s internal systems.

Ideal for fast moving special operations units, the Siyah series sits in a league of its own. Istehkam Heavy Industries is widely regarded as having performed something of a miracle when creating the Siyah.

Research from biomedical and terraforming teams across Bourak contributed to the capabilities seen in the Siyah series, there is something magical about the way all these elements combine in this light power armour. While the Asawira are unarguably a highly elite unit, irrespective of the equipment they carry, the Siyah they wear gives them an edge in any environment or situation, making them a truly terrifying force to be reckoned with on any battlefield.[2] 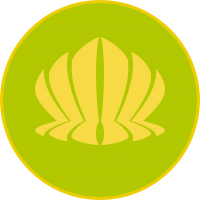 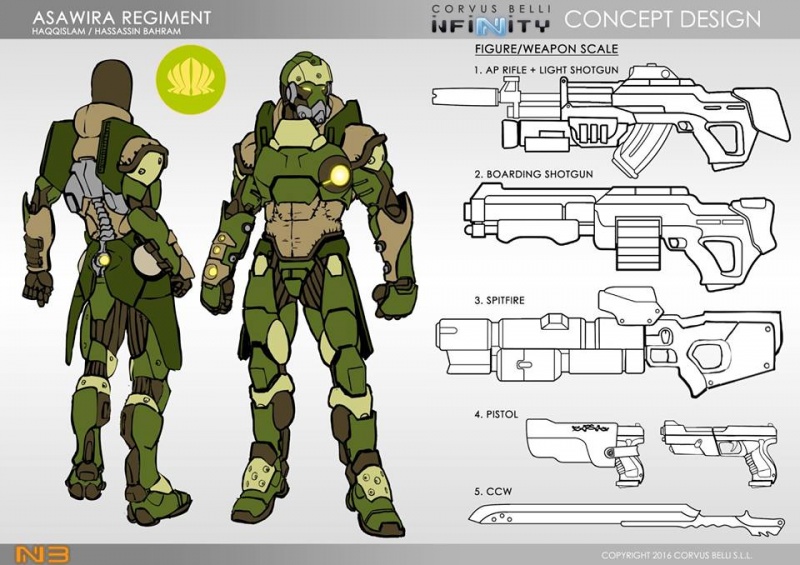 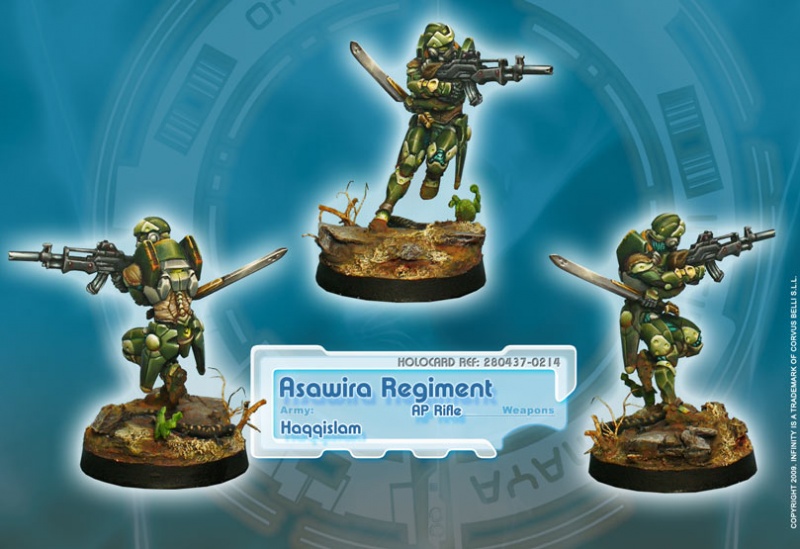 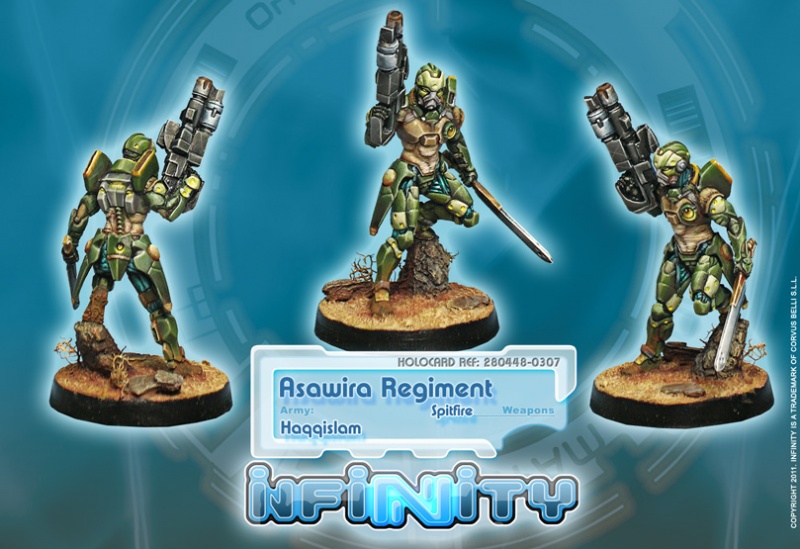