PanOceania is the No.1. Great Power of the Human Sphere. It owns the greatest number of planets, has the richest economy and possesses the most advanced technology. Pragmatic and generous, PanOceania is a melting-pot of cultures, heir to the best democratic and welfare traditions of the West. Proud of itself and somewhat domineering it can claim to have the most technically sophisticated society and army in the Sphere and likes to brag about it.

Aristeia! is the new board game from Corvus Belli, an Infinity spin-off in which two players become the managers of two competition teams for the greatest show in the Human Sphere. Players will face each other in the arena, and will have to plan their actions carefully to win.

Aristeia miniatures are produced in hard plastic, but were also available in metal as part of a collector's edition of the game. 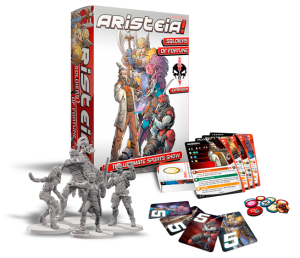 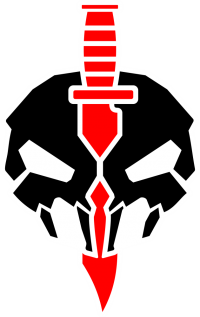 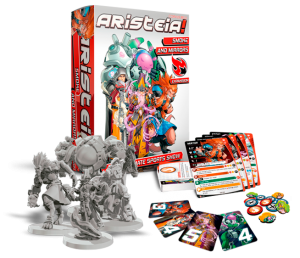 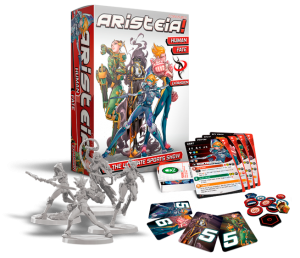 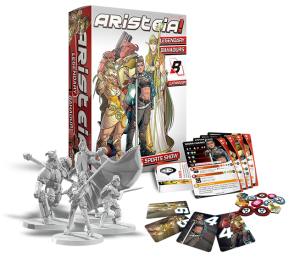 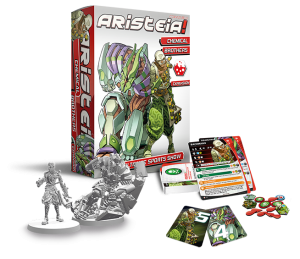 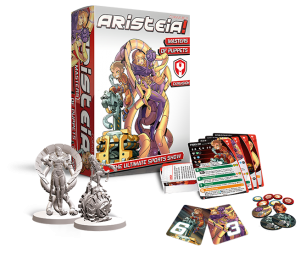 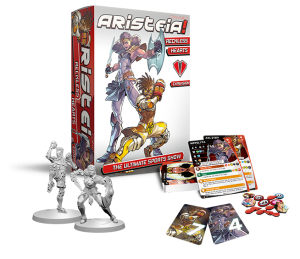 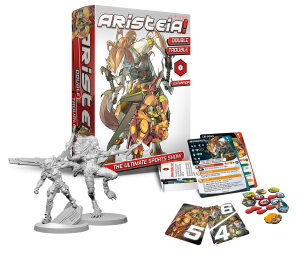 Aristeia! Prime Time is a multiplayer expansion for this tactical action game (MOBA style) that allows you to take control of a team of four characters and fight for prizes and glory under the delighted gaze of a billion viewers. Coordinate your characters’ unique moves to spectacular effect in a variety of exhilarating scenarios.

This blister contains a full set of special dice for Aristeia!: 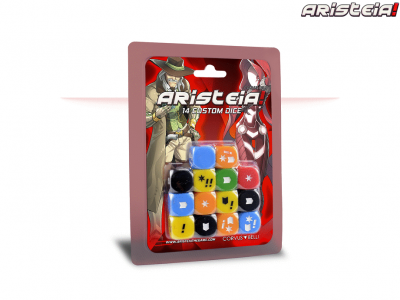 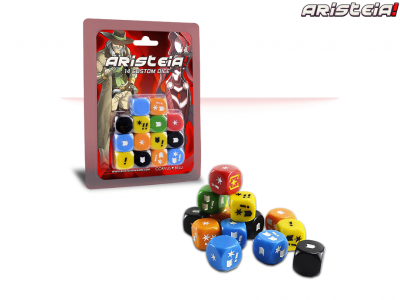 This blister contains two new General-type decks, both with numbered tactics from #009 to #018, in the indicated language.

Starting with Season 3 of the AGL, players will be able to form their Tactics Decks in each round of a tournament by replacing the core box General Tactics with TComm Deck Tactics or Sterling Forge Deck Tactics.

TComm offers tools for managing the Tactics Deck, the player's own hand, and even the possibility to affect the hand of their opponent. Sterling Forge gives the player the ability to improve the stats of their rolls.

Two new General-type decks, both with numbered tactics from #009 to #018, in the indicated language.

[Available in Spanish, English, German, French. German and French editions sold exclusively by the distributors Burst and Legion, respectively (as of September 2020)] 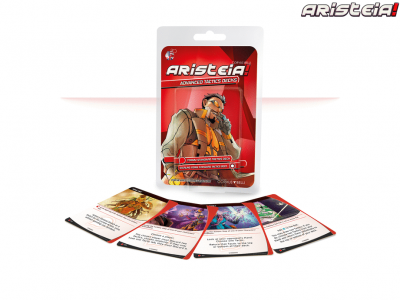 New official design of the HexaDome in a neoprene format - much easier for transportation!

The Saif Traders Coliseum is the HexaDome where the battles of Aristeia! are held in the city of Saif, caliphate of Al-Medinat (one of the regions of the planet Bourak). Al-Medinat is home to Haqqislam's powerful medical, biotechnology, and pharmacological industry - so it is common for this HexaDome to be the setting where biosanitary corporations present their champions and set up new medical or military personnel. The most recent case is that of Aleasara Laboratories and the stars Bachmann and Hammerhead.

The Saif Traders Coliseum is an official and fully compatible HexaDome, designed with a new arrangement of the Blocked Boxes with respect to the Praesidio Corregidor Arena, offering new challenges to players in both the deployment of their teams as in the development of scenarios. 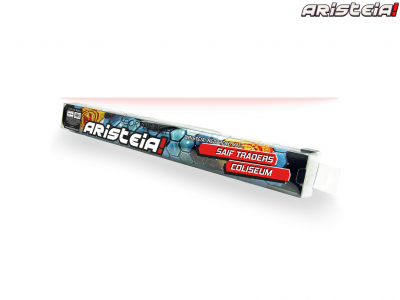 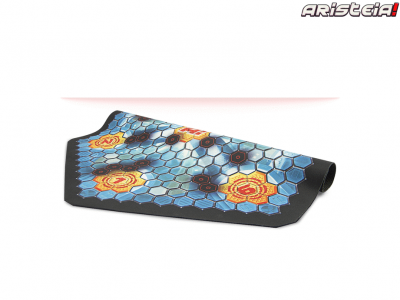 The Core Box’s HexaDome original design in neoprene format: so much easier to transport.

The HexaDome released with the Core Box owes its name to the Praesidio module in the nomadic mothership of Corregidor, where the illegal circuit of fights between bands inspired the creation of Aristeia! Underground to Rado-C, precursory competition of the modern show today known through the whole Human Sphere as Aristeia! 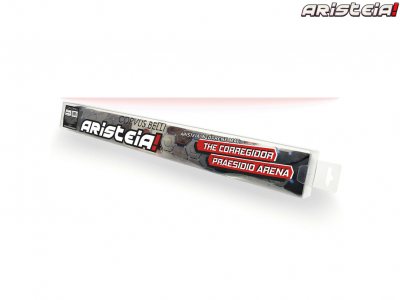 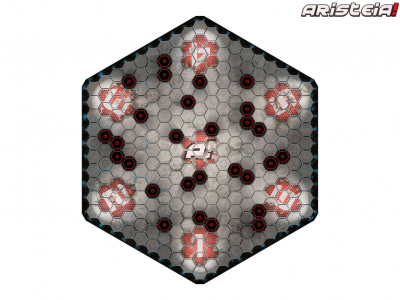 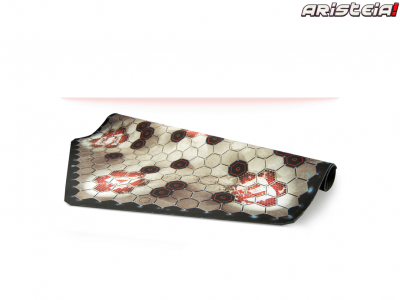 Pack of ten 30mm bases. Designed exclusively to fit the Aristeia! board hexagons. Add some extra glamour to the greatest show of the Human Sphere! 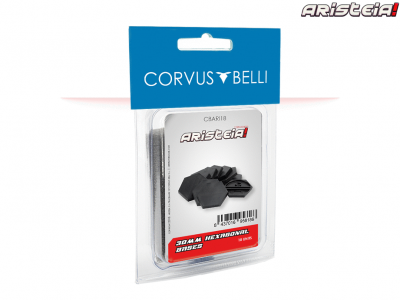 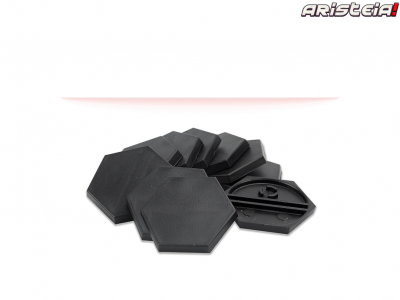 Pack of ten 30mm bases. Designed exclusively for the Aristeia! miniatures. The best choice to adapt your Infinity miniatures like Miyamoto Mushashi, Señor Massacre or Major Lunah and use them for the greatest show of the Human Sphere. 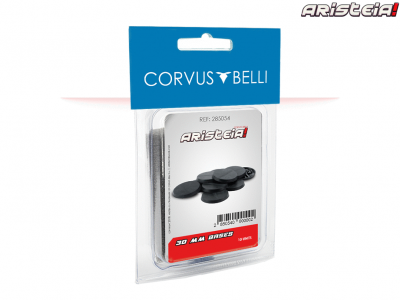 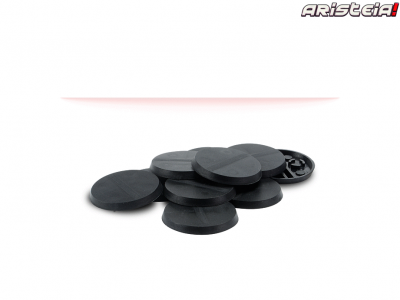