Showmanship made (panda) flesh, a poet in the medium of randomness, 'Baller' crashes the HexaDome like he crashes a party: unavoidably and unpredictably. He rolls like a powerful opening break, only this ball is calling all the shots. 8-Ball is the pain in any team manager's ass and the life of every party worthy of that name. 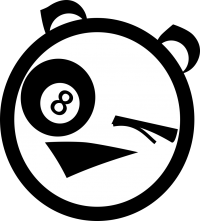 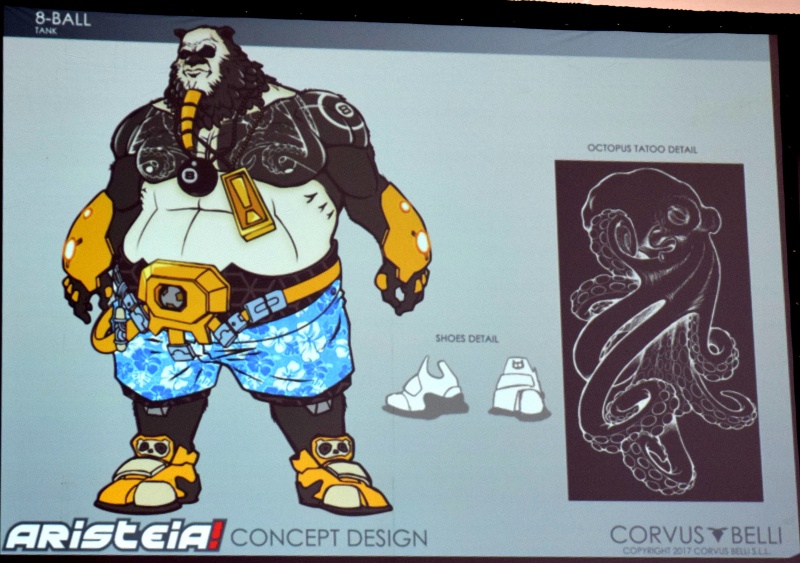 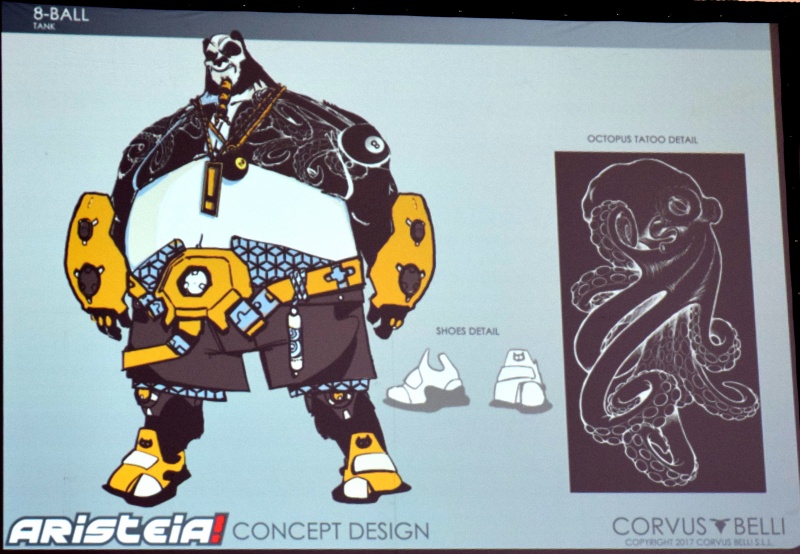 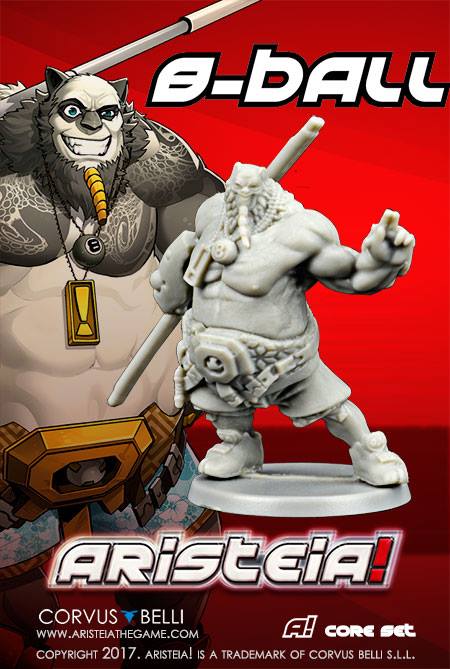 This version of the most difficult Character to master from the Core Box is the choice resulting from an internal vote among all Corvus Belli staff. Alberto Abal's design maintains the character's distinctive elements, such as an antler weapon, the tattoo of an octopus turned pet, and the famous black ball with the number 8. ” 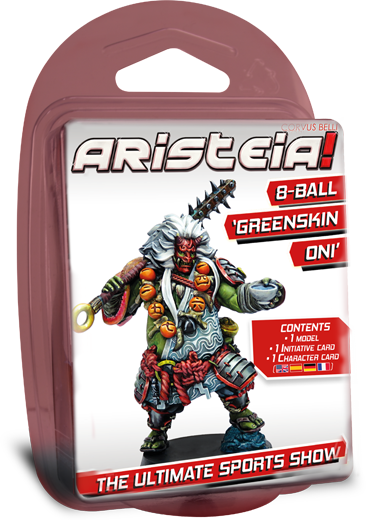 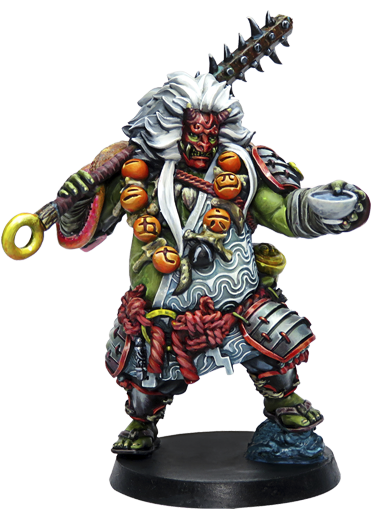